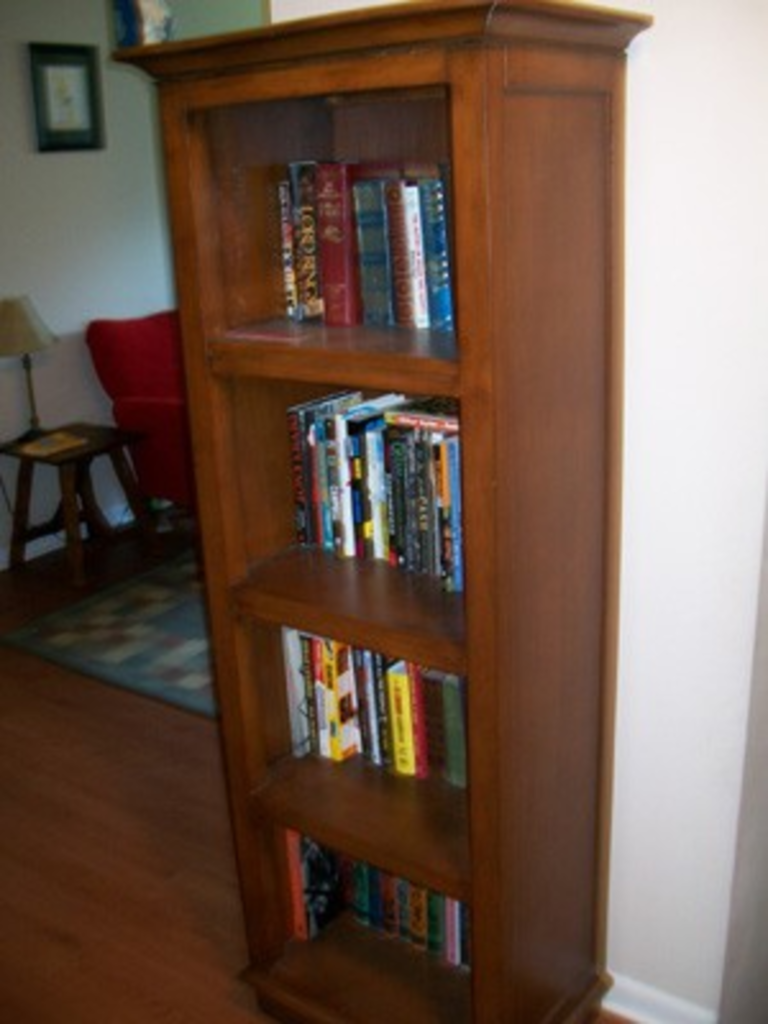 In my house, we’ve something like 400-500 books. One of our many bookcases (with the exception of top shelf devoted to classics) is nothing but music books. In the interest of helping out those looking to start their own rock ‘n’ roll library, I offer up some of the contents located in my own.

From the people who brought you the Ultimate Fake Band List comes The Rocklopedia Fakebandica, written by T. Mike Childs.

This book is an indispensable resource for any music fan, as it collects in a single handy-dandy volume nearly every band to ever appear on film or TV, be they animated, live action, or animal-based. From Josie & the Pussycats to the Monkees to Lancelot Link & the Evolution Revolution, they’re all here.

Every act gets as much information as is available. Now, everything mentioned is essentially limited to what’s in the films or shows from which these acts come, but Childs goes even further in some cases, using books like Tales from Mos Eisley Cantina to flesh out the story of the Max Rebo Band from Star Wars. It’s not quite as exhaustive as a Wikipedia entry, but there’s way more information for each act (including every character Elvis ever played) than one would think possible. 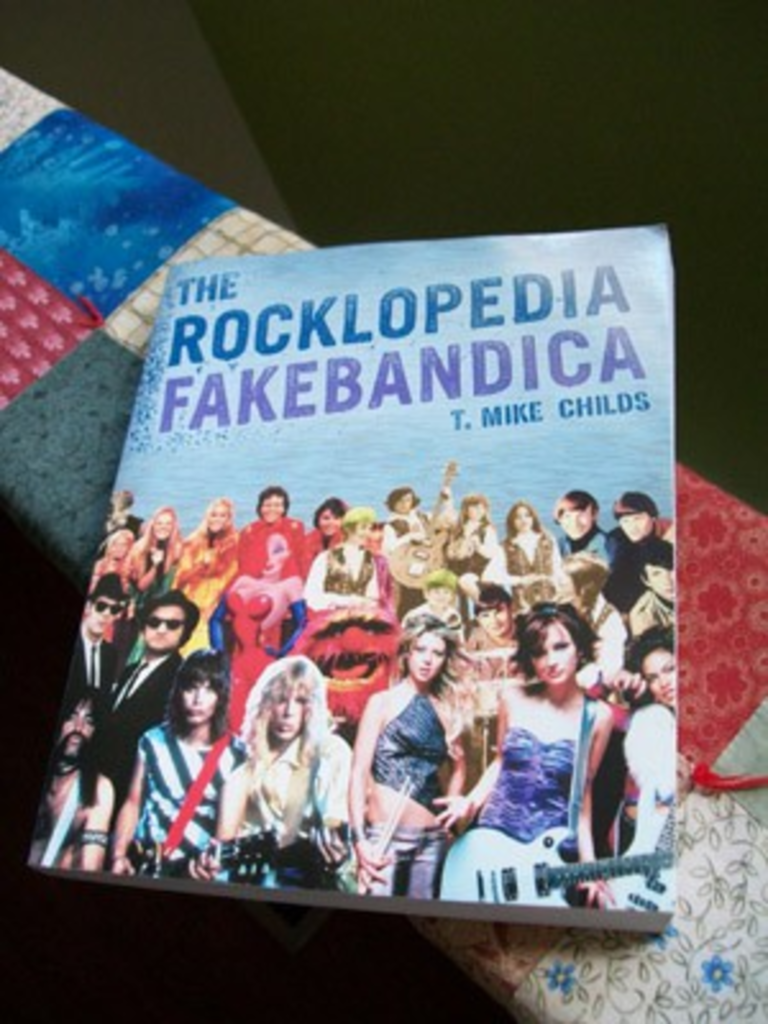 All entries are cross-referenced, as well, so every act from the Simpsons, be it Lurleen Lumpkin or the Be Sharps mentions every other act featured or mentioned on the Simpsons. This does have the nasty effect of boosting the page count, considering there’s a good couple dozen Simpsons entries, each with a paragraph of cross-references at the bottom.

Still, The Rocklopedia Fakebandica is pretty much fascinating. It’s not a book to read start-to-finish. It’s the sort of book you throw on the coffee table and flip through when you’re bored, only to look up to find thirty minutes has passed you by. I picked this up for a song at Reckless Records in Chicago, and it can be had for right around a dollar or two on Amazon. It’s definitely a gem.

You can read a whole lot of it on Google books, but this is something I really recommend having on hand to flip through.