Rock of Pages: Shootin’ the Sh*t with Kevin Smith 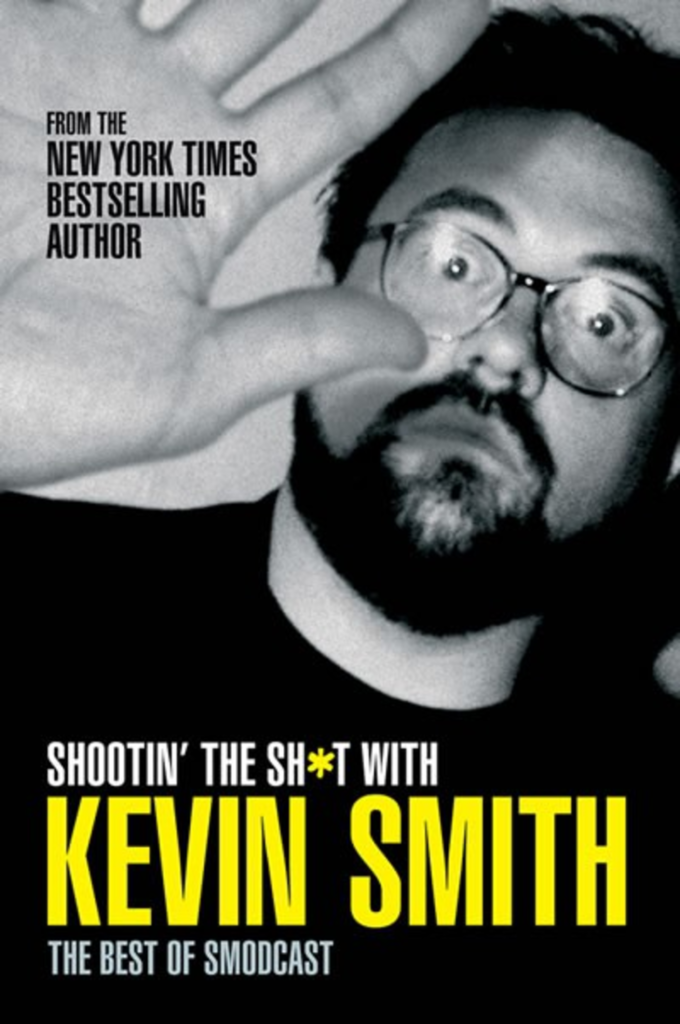 That asterisk in the header for this post isn’t some way around your place of employment’s filters (works pretty well, though, right?). That’s what it says on the cover, so it’s the title of the book. If Titan Books wanted it to be called Shootin’ the Shit with Kevin Smith, they should’ve put “shit” on the cover. Whatever — semantics.

The subtitle for the newest collection of Kevin Smith‘s musings is subtitled “The Best of SModcast.” SModcast, for the uninitiated, is the somewhat weekly podcast Smith does with longtime friend and producer Scott Mosier.

My initial suspicion regarding the whole thing was that it was going to be an hour-long shill for Smith’s movies. I love the damn things, but I don’t want to listen to someone plug a movie for sixty minutes. Well, while Smith and Mosier occasionally talk about the various films Smith has made under the aegis of View Askew Productions, they’re usually just shooting the shit — hence the title. It’s a series of random conversations: some political, some religious, most scatological, and all funny. Granted, it all depends on your ability to listen to two people you barely know talk about stuff you may or may not be interested in.

The book is a collection of the best moments of those various conversations. It’s like the script to a movie or a play. You can enjoy some of the moments on their own, such as this exchange from “SModcast 52: The (c)Rapture”:

KS: […]I’m talking about the Jesus who’s like, “I return as a lion, bitch, not a lamb.” He’s got the gas finger like the aliens in Signs. He lifts his finger and…

SM: I dunno, that might get some giggles. Then everybody would get a fuckin’ baseball bat and Jesus would be dead.

SM: “Yeah, way to fuck up, Jesus.” And Jesus’ return is over in twenty minutes ’cause somebody doused him with water and fucking beat him to death with a piece of wood.

KS: “Everything’s back to normal.”

For the most part, though, it’s like reading Shakespeare (actually, more like Christopher Durang). If you’ve seen the play, you have a much greater appreciation for what’s there on the page than if you’re coming into it cold.