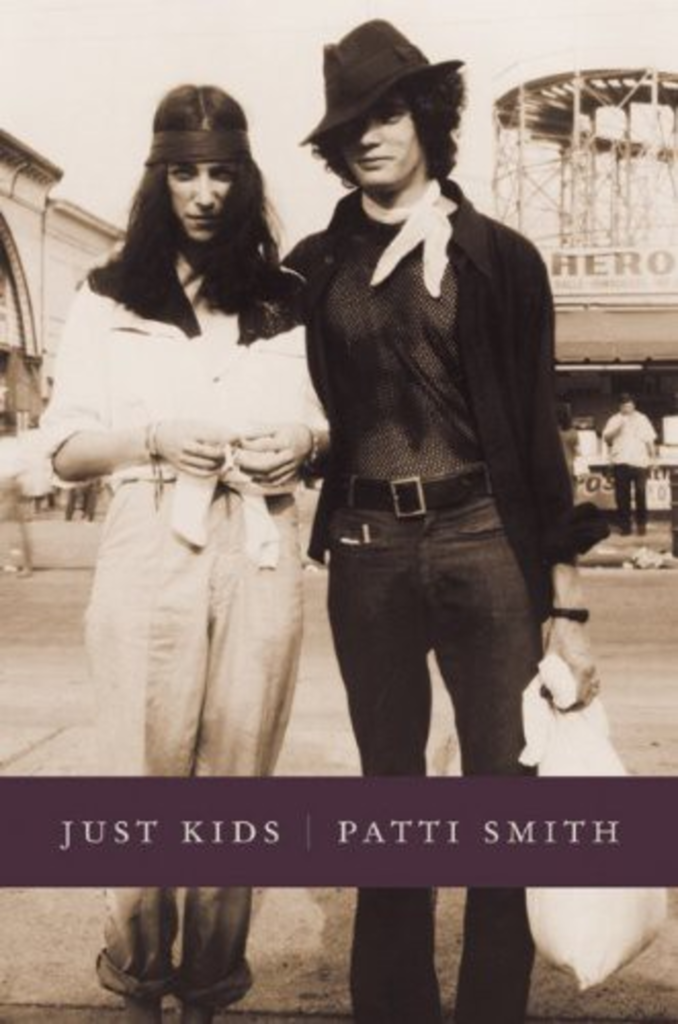 Patti Smith‘s Just Kids, a memoir of her days living with Robert Mapplethorpe, is one of the best books I’ve read in years. It manages to be a lyrical work of prose without sacrificing any historical importance.

Smith’s story of her time with Mapplethorpe is, truly, a story of when the two of them were “just kids.” When they meet each other, neither of them are yet out of their teens. Just Kids takes the reader through the tumultuous years of the couple and — with the exception of a coda when Smith visits Mapplethorpe on his deathbed — ends with the release of Horses and its Mapplethorpe-shot cover.

The book avoids sentimentality, opting instead for a poetic sense of the real. Emotions aren’t glossed over, nor is Mapplethorpe’s sexuality. Both these things come to a head when Mapplethorpe learns that Smith knows of his homosexuality:

Later, alone with my thoughts, I had a delayed reaction. I felt heavyhearted, disappointed that he hadn’t confided in me. He had told me I had nothing to worry about but in the end I did. Yet I understood why he couldn’t tell me. I think having to define his impulses and confine his identity in terms of sexuality was foreign to him. His drives toward men were consuming but I never felt loved any less.

As Just Kids goes, it not only follows the developing relationship between the two artists, but also their developing art. Smith discovers Max’s Kansas City and CBGB, and from there develops a voice as a poet, which develops further into her music. Mapplethorpe’s picking up a Polaroid camera takes him from making necklaces from found objects and pieces of fishing lures.

The love the two feel for one another is palpable as you go through the book. Even if — like myself — you’re only tangentally familiar with the work of Patti Smith and Robert Mapplethorpe, this is a touching love story that will warm your heart.

In conjunction with this, I recommend picking up Ed Hamilton‘s Legends of the Chelsea Hotel, which has many more stories of the famous landmark where Smith, Mapplethorpe, and many other renowned writers, musicians, and artists stayed. Giving it a read will make sense of the seemingly random appearances of people like Salvador Dali and Jimi Hendrix.