Robinson still in the game 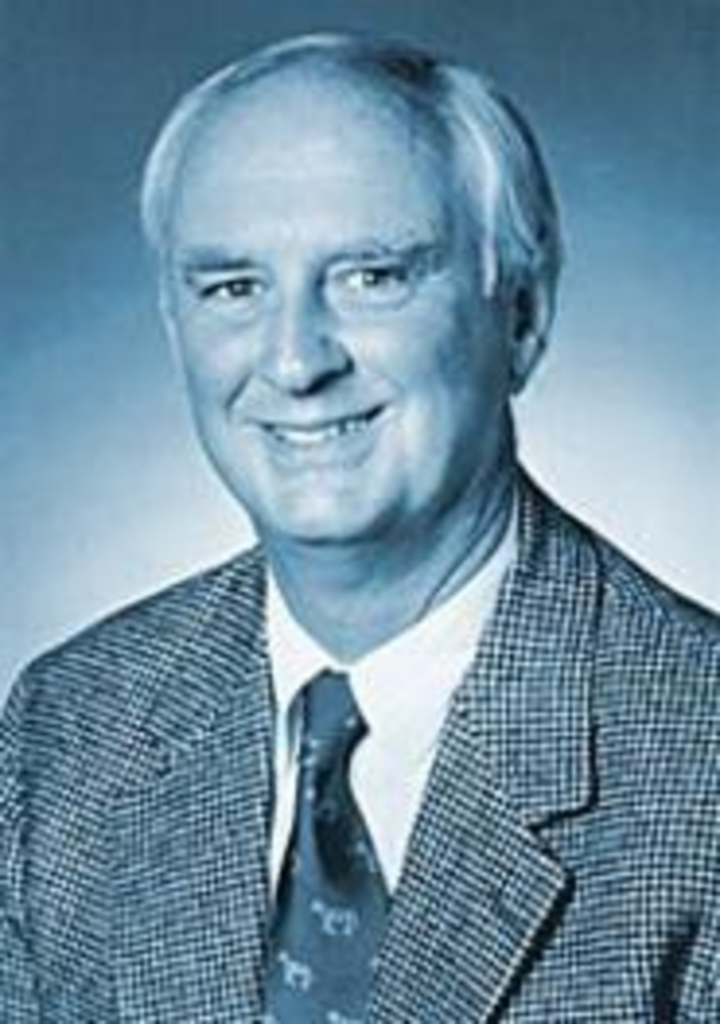 After 10 years at the helm of the Kansas City Royals baseball operation, Herk Robinson showed up at his Kauffman Stadium office on June 19 with a new set of responsibilities.

Longtime assistant GM Allard Baird now has the reins, but by no means is Robinson — who recently turned 60 — trading in his Royals cap for a golf visor and retiring to the links full time. After 30 years in the organization, he’s still very involved in the day-to-day business on and off the field, and he says the club’s goal remains the same.

“We’re doing everything we possibly can to make this franchise the very best franchise we can possibly make it,” Robinson says.

But the well-documented small-market baseball blues have made life tough for the Royals in their quest to return to greatness. However, for the first time since the strike in 1994, there’s a new wave of excitement and optimism this season at the “K,” and it’s not merely due to less frequent Sluggerrr sightings.

The signing of nomadic veterans in the twilight of their careers hasn’t entirely disappeared, but the wealth of homegrown talent now sprouting up in the big leagues seems poised for stardom, and Robinson says there’s a good shot some of those players will stay in Kansas City rather than bolt for the greener pastures of bigger markets.

“I don’t think there’s any question (our guys) love playing here, and I think they would take less money (to stay). It’s just a question of how much less money, though,” he says.

And while the Royals can’t compete monetarily with the Dodgers, Yankees, and Orioles of the world, club officials plan to do all they can to keep that young core of talent in KC.

“Our payroll is gonna go up, there’s no question about it, and we have to have the revenues to support that … and we’re optimistic that can happen…. Any additional revenue we get will probably all go right to the players,” Robinson says.

One of those players certain to make the big bucks is budding star Jermaine Dye. At the time of this writing, the 26-year-old is the leading vote-getter among American League outfielders in this year’s All-Star balloting and is already halfway to the team record for home runs in a season with 18. (Steve Balboni holds the Royals record with 36 in 1985.)

But it wasn’t all that long ago that Robinson dealt Michael Tucker — then the club’s brightest young star (as he was called at the time) — to the Atlanta Braves to get Dye. That move brought a lot of heat and a deafening public outcry from Royals fans. But four seasons later, Keith Lockhart — the other player the Royals sent to the Braves in that deal — arguably has had more of an impact than former number-one draft pick Tucker.

“This is what we hoped would happen … and it wasn’t that we thought we were getting rid of someone who couldn’t play,” says Robinson. “We wanted a different type of player, and we accomplished that. We never thought for a second that Tucker wouldn’t be successful.”

Dye is by no means the only great glove or solid bat on the Royals roster, but it’s no secret that the best offense in the world can go only so far without consistent pitching to back it up. Amid whisperings of a wild card berth this season (and the Royals on the brink of contention as the season’s halfway mark approaches), Robinson is kicking around the idea of trading for an ace hurler.

“It’s going to depend on where the club is (in the standings),” he says. “But we won’t give up top prospects to get somebody who’s going to be with us the rest of the year. If we can add pitching we’ll do it, but it depends on the price we’d have to pay.”

Efforts continue to find that pitcher within the organization, but injuries and inexperience are taking a toll.

“We thought Jose Rosado was going to be back this year, and he’s not. We’ve missed Blake Stein so far, and some of the other pitchers just haven’t stepped up,” Robinson says. But he’s very optimistic about finding a way through the pitching doldrums.

“I think we’ve got as many good, young pitchers as any club in baseball. It just takes time because there’s tremendous inconsistency with young pitchers, and we’re probably rushing them. We’ve got a ton of young, inexperienced arms, and we’re just going to have to get on the other side of that hump, and as we do, the club will get better and better.”

Whether Johnny Damon, a staple of the Royals lineup the last half of the ’90s, will be there when they get over that hump is another matter, but Robinson hopes Damon will remain in Royal blue after his contract expires at the end of the season. Robinson recognizes that the player remains very much a favorite among fans.

“It’s been our objective to keep him, and a lot of it’s up to him, but we’ll certainly make every effort,” Robinson says.

2000 may not be the Royals’ breakthrough year. But if Robinson’s claims hold up, and revenues increase and the collection of burgeoning superstars stay in KC, a second golden age could be on the horizon for the Royals and their fans.

More than a Number: Stories from locals who fought COVID-19 and won

Downtown KCK (at last) welcomes an enviable grocery store, the Rieger returns, and a new ice cream shop to try