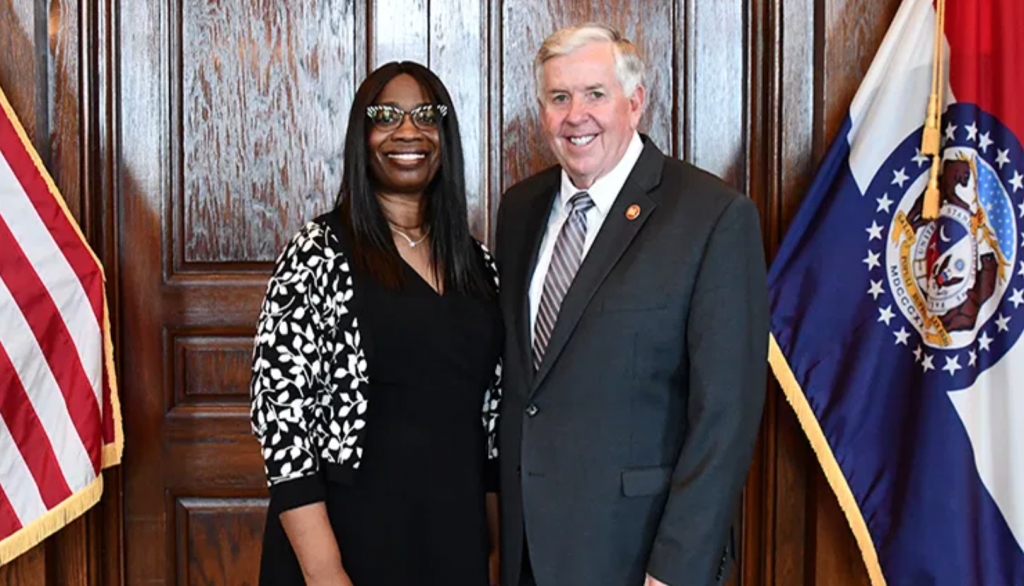 For the first time (and long overdue) in state history, Missouri will have a female African-American Supreme Court judge.

“While I may be the first African American woman to be part of this court, I’d like to say I have never lived by a label or by identity that anyone has tried to put upon me,” Ransom says. “When I look in the mirror I’ve always been Robin. And I’ve always lived my life to be kind to everyone—and to be the best person that I can be. And I bring those same attributes to being on this court.”

Ransom replaces Judge Laura Denvir Stith, who retired in March. Under the provisions of the Missouri Nonpartisan Court Plan, Ransom will be on the ballot in November 2022 for a retention vote. If she receives a majority vote, she will serve a 12-year term.

Parson selected Ransom after her service of nearly 20 years of judiciary roles within the state of Missouri. Ransom’s selection helps bring diversity to the seven member court as she joins Chief Justice George Draper III as the second Black judge.

Parson will have at least two more opportunities to fill Supreme Court vacancies before his term expires in 2025, as George Draper and Patricia Breckenridge will also have to retire because of age limits.