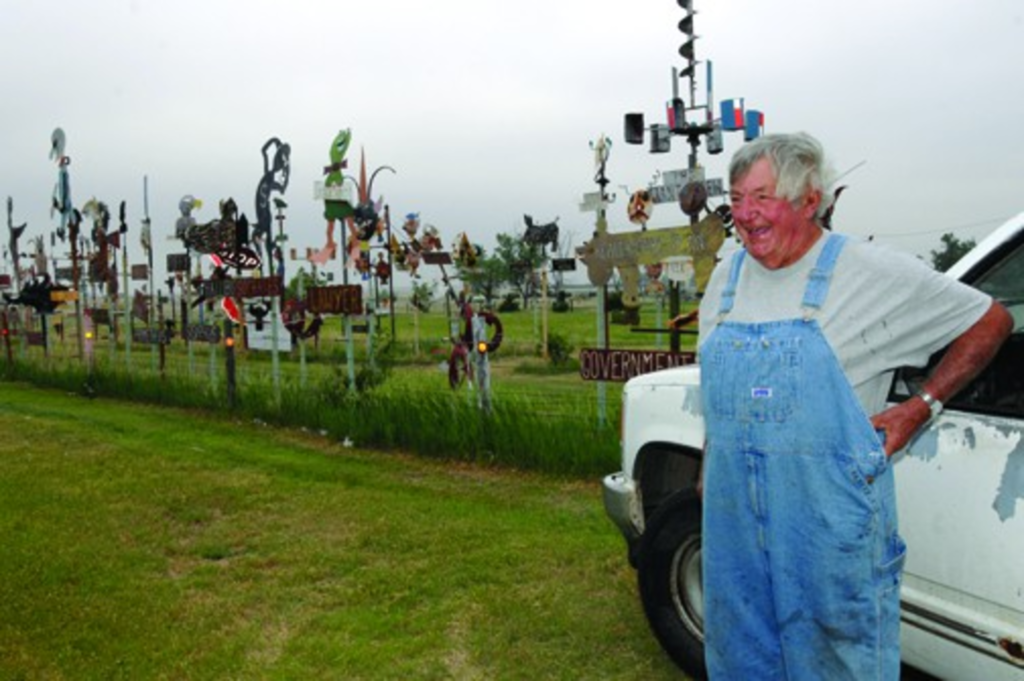 Wielding a cutting torch and an arc welder, M.T. Liggett, of Mullinville, Kansas, breaks down old farm equipment and builds metal sculptures — whimsical animals such as grinning ducks, dogs and pigs. But mostly, the 79-year-old is known for his political provocations, incorporating Nazi imagery into a piece about Hillary Clinton, adorning a Greenpeace sculpture with a hammer and sickle, depicting Jesse Helms and Margaret Thatcher as depraved lovers. Moon Tosser of the Prairie, a documentary about Liggett’s life and art, screens at 7 p.m. in the Hudson Auditorium on the second floor of the Nerman Museum of Contemporary Art (Johnson County Community College, 12345 College Boulevard, Overland Park, 913-469-3000). The 30-minute film was made by adjunct associate professors Martha Varzaly and Bob Epp. A 6 p.m. reception precedes the free screening.— Chris Packham