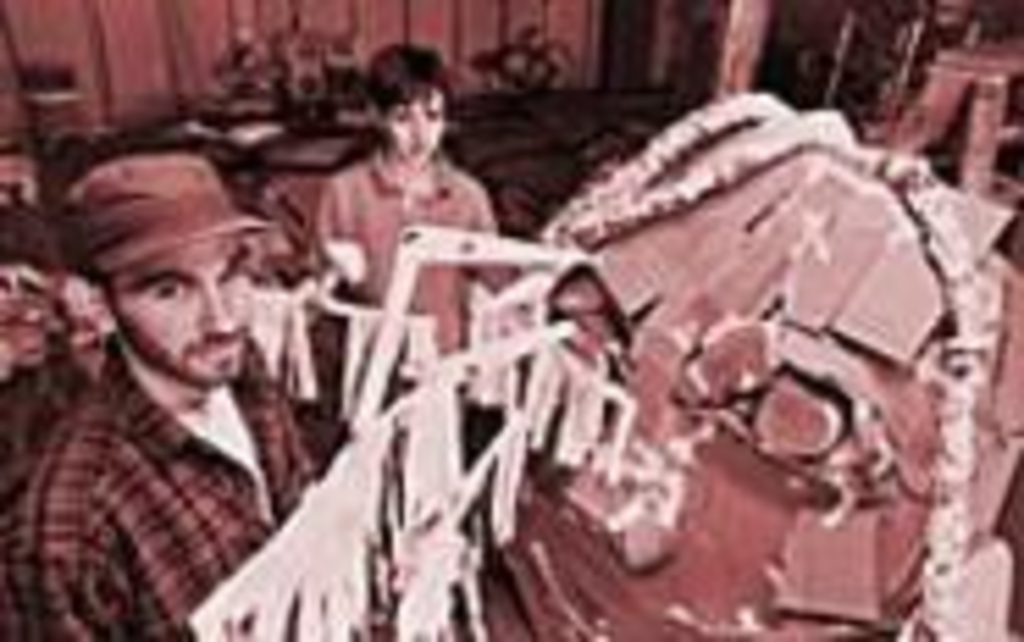 His pierced lip, beard, and army-green fatigue hat make 24-year-old Michael McCormack hard to miss. With an avant-garde appeal, he looks as though he was made to revolt. Born and raised in Kansas City, it took his going coastal to open his eyes to issues that can be easily ignored in the Midwest. Three years ago he moved to San Francisco, where he received, as he calls it, his political schooling.

One lesson in particular left its mark — a rally calling for a new trial for Mumia Abu-Jamal. (Abu-Jamal is on death row in Pennsylvania for allegedly killing a police officer in 1981. Abu-Jamal maintains his innocence, and his supporters say he was targeted for political reasons.) McCormack was moved by the number of organizations and people who came together for the cause. “All the support that was there — 20,000 people showed up! That was really moving to me to see the power that people have. Twenty thousand people in the street is pretty energizing.”

After three years there and a brief trip to Europe, McCormack and his friends knew what they needed to do. It was time for solidarity and unity. With the hope of shedding some light on the darker parts of the American surface, McCormack and friends came back to Kansas City in January and formed Solidarity and Unity Now (SUN).

SUN is a group committed to the struggle for social justice, working to fight poverty and other inequalities. “The people really have the power to stand up in opposition, to let our voices be heard,” says McCormack. That’s why the first event organized by SUN is all about the people.

A large part of what SUN would like to reflect is the necessity for coalition building. Among the issues that SUN struggles against are the death penalty, the war on the poor, the destruction of land, globalization, and all other forms of what its members see as oppression. It’s a buffet of issues, but McCormack believes that with solidarity and unity, oppression will have its fill and move along. “A lot of the organizations in Kansas City are doing good work, but they’re doing it alone. We should be supporting one another if we really want to be serious about taking on these issues, because as long as we’re fragmented, as long as we are separated, then we’re not going to be able to be cohesive.”

The People’s Rally, which takes place this Saturday at Volker Park, has been organized not only as an opportunity for participants to present issues and march against social injustice and in support of a new trial for Abu-Jamal, but also an opportunity for musicians, DJs, and other artists to perform. “I’ve seen it clearly — art and all of its different facets can be used as a tool of change. Artists can change things with their visions. Like rap and hip-hip now, under the surface there’s this huge movement that’s talking about freedom and liberation. All of these artistic outlets can be used as vehicles of change. They don’t have to be used to fund galleries and Range Rovers and champagne. Art should reflect life,” McCormack says.

McCormack and the others at SUN have spent the last few months organizing the People’s Rally. McCormack has been asked to speak at high school and college campuses throughout the region. Members of SUN set up informational booths weekly at various locations, speak on local radio shows, and take every chance they get to create awareness. “Democracy isn’t a spectator sport,” McCormack says. “People have all been sitting on the sidelines too long. It’s all about spreading awareness, because what we’re talking about isn’t abstract. You don’t have to be an intellect to figure it out. You don’t have to be an intellect to know you’re being oppressed.”

In its goal to build a coalition, SUN wants to focus on the youth and show them that there are ways to make the world a better place without having to get stoic and caught in the ever-deepening day-to-day rut. “Board meetings do things, conferences do things, but direct action changes things. I know it’s kind of utopian, but you can show people what connecting with people feels like. Just talking about things, having conversations about things that are happening in the world — in my mind, we’re connecting, and that’s revolutionary.”

In solidarity with The International Day of Support for Mumia Abu-Jamal, The People’s Rally will take place at Volker Park, 47th Street & Oak, at 11 a.m. Saturday, May 13. A march will start at 1 p.m. For more information, call Solidarity and Unity Now at 816-842-7088.