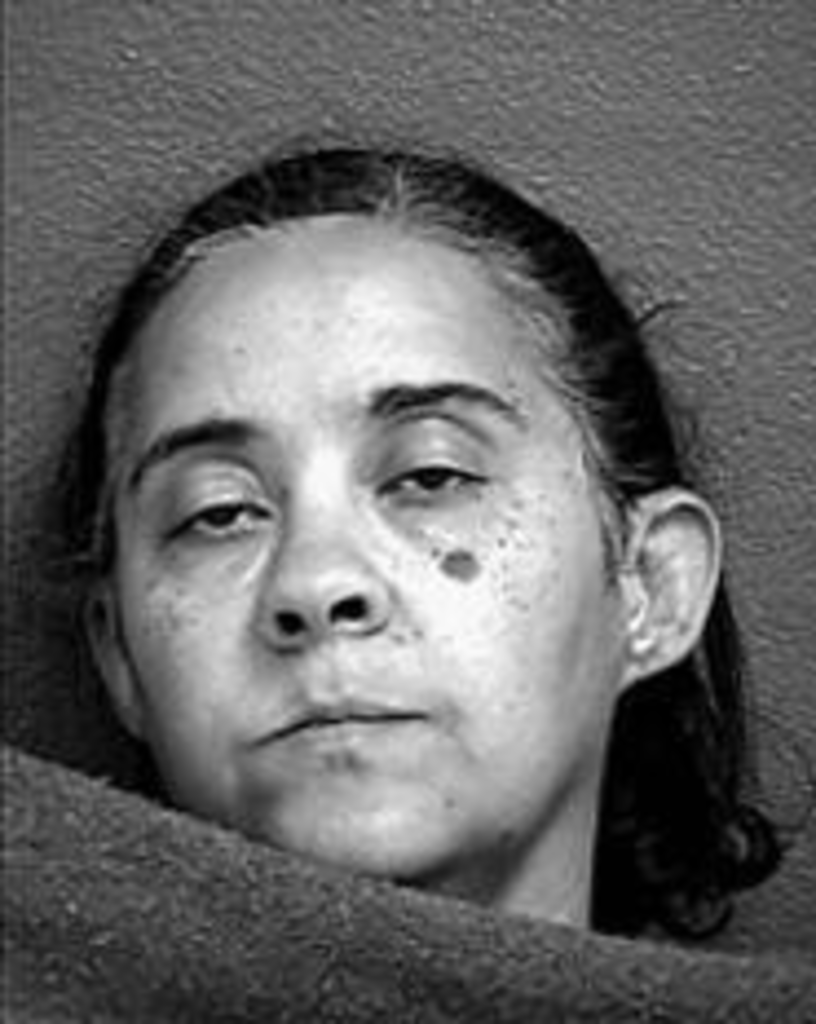 Donna Ozuna-Trout, the woman who, along with her husband, is awaiting trial for allegedly mailing poisoned baked goods to her neighbors, the family of Edwardsville Mayor Stephanie Eickhoff, returned to jail last week after reportedly threatening to obtain firearms and harm the Eickhoffs.

Since July, Ozuna-Trout and her husband, Ralph Trout, have been out of jail on bond while they awaited trial for attempted first-degree murder. They still live across the street from the family they’re accused of plotting to kill. But after hearing new testimony in the case, Wyandotte County District Judge Thomas Boeding raised Ozuna-Trout’s bond to $250,000 and ordered her back into custody.

In a recent cover story (“Kill Thy Neighbor,” March 17), the Pitch described Ozuna-Trout’s 20-year history of harassing and threatening neighbors in two parts of Wyandotte County. In 2002, Ozuna-Trout and her daughter, Carmen Ozuna, were tried and acquitted for making terroristic threats against neighbors. The Eickhoffs believe that their participation in that trial made them targets of Ozuna-Trout’s wrath. Last April, a package with dough- nuts, a coffeecake and root beer containing enough lye and antifreeze to kill eight adults was mailed to the Eickhoffs. Postal inspectors determined that Ozuna-Trout mailed the package. But after their arrest in July, the Trouts returned home, each on a $50,000 bond.

Judge Boeding made his order after Chris Wiley, who is divorcing Donna Ozuna-Trout’s daughter, Carmen Ozuna, came forward to report that Ozuna-Trout had threatened to obtain firearms and attack the Eickhoffs after she and her husband were bonded out of jail last summer. Wiley testified that, in his conversation with Ozuna-Trout last July, “She was very upset and agitated. She was very angry and was talking about obtaining her firearms, which were stored at another individual’s house. She said she should get the guns and finish what was started.”

Wiley testified that he had delayed coming forward partly because Ozuna-Trout had characterized the Eickhoffs to him as “bad people.” He changed his mind, he explained, when he learned that the couple had three children, now 6, 8 and 15 years old. “If something did happen, I would have to live with that,” he said. He added that his decision to make a statement was part of the reason he and Carmen Ozuna were divorcing. Assistant District Attorney Josh Allen told Boeding that Wiley had received e-mailed death threats from either the Trouts or someone associated with them after he decided to testify.

Allen asked the court to put the Trouts back in jail for the safety of the Eickhoffs and the public and reported that investigators executing a search warrant last summer discovered at least ten boxes of ammunition in the Trout home. “It is my belief that Donna Ozuna-Trout and Ralph Trout have access to a slew of firearms,” Allen said.

Carmen Ozuna, called to testify by the Trouts’ attorney, James Colgan, denied that she had ever seen firearms at her parents’ house. Then, a few minutes later, she recalled having seen guns at the house on one occasion but couldn’t remember when. Colgan also called Sandy Turner, who testified that she keeps Ralph Trout’s arsenal of rifles and handguns in a gun safe in her basement in Kansas City, Kansas. “It’s full of guns,” she said, but she assured Judge Boeding that the Trouts do not have access to the contents of the safe. Colgan suggested to the court that Turner simply keep custody of the weapons so that the Trouts would not be able to retrieve them.

Colgan also asked Boeding to allow the Trouts to remain out on bond because they had recently sold their Edwardsville house and would be moving out of the small town in western Wyandotte County on April 1. “The Eickhoffs finally got their wish,” Colgan said. “They have driven them from the neighborhood.”

Boeding ruled on the case immediately, saying that he found Wiley a credible witness despite Wiley’s admission that he had hit his wife and was attending anger-management classes. Citing concerns for the public’s safety, Boeding increased Ozuna-Trout’s bond to $250,000, calling the new evidence “a most serious charge.” Ralph Trout’s bond amount was not changed.

Boeding also indicated that he had concerns about Ozuna-Trout’s mental state. “I’m not making a finding, but there’s been a lot of talk surrounding that issue,” he said. He ordered Ozuna-Trout back to jail until she posts bond. A sheriff’s deputy handcuffed Ozuna-Trout, who was wearing a baggy sweater, gray sweatpants and moccasins, and led her to a waiting sheriff’s van. She has been moved to a private jail in Centerville, Missouri, possibly to avoid the appearance that she’s being held by James Eickhoff, a Wyandotte County Sheriff’s Office captain. The trial on attempted-murder charges is set to begin July 25.

Stephanie Eickhoff left the courtroom wiping tears from her eyes and hugging her husband and her attorney, Ed Gillette. “I’m just elated,” she told reporters and a television crew.

Eickhoff tells the Pitch that the family had its first outdoor Easter-egg hunt in years this past weekend. “It was just wonderful,” she says.

Gillette does not believe that the Trouts have actually sold their house. “I think it’s a sham,” he says. He also expresses doubt that Ozuna-Trout will be able to post the higher bond amount. “If there is a bonding company stupid enough to bond her out, that bonding company needs to be on notice that the Eickhoffs will hold them civilly responsible if anything happens,” Gillette says.