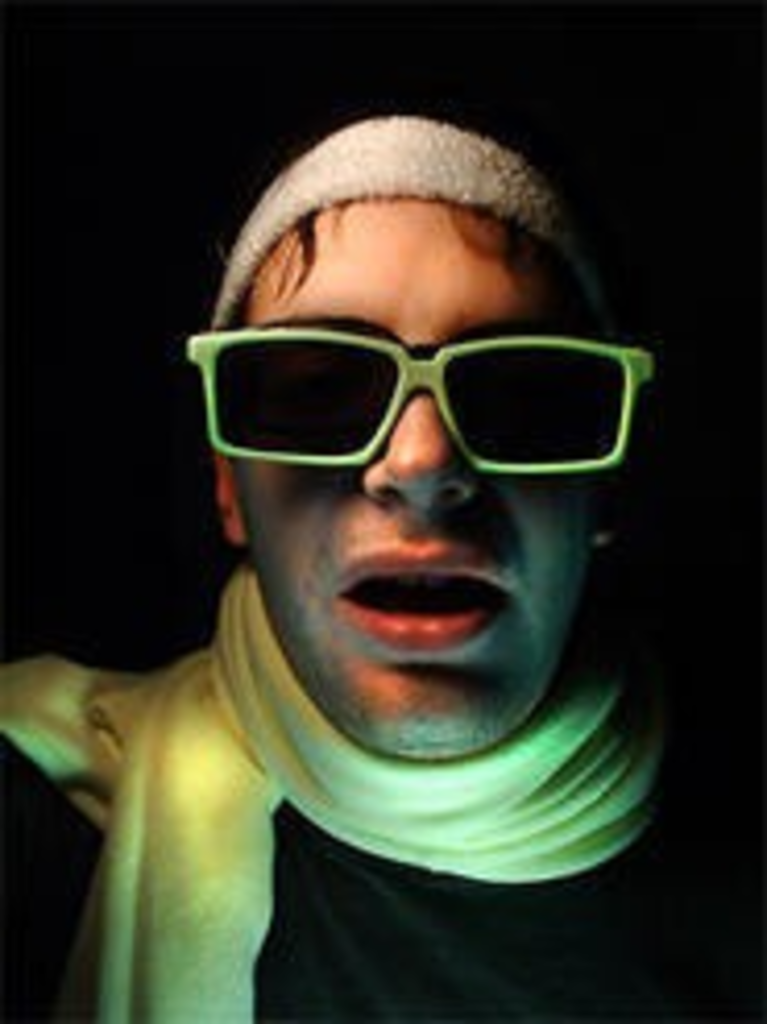 Gregg Gillis can’t believe all the attention that his musical alter ego is getting.

“The past couple months have been particularly ridiculous,” he says. “First, you’ve got Mike Doyle talking about me in Congress. Two weeks later, I’m playing a high school prom, playing to all these 17- and 18-year-olds. The next week, I’m playing Coachella, and Paris Hilton jumps onstage.” At this point, the Pittsburgh musician can’t help chuckling to himself. “Oh, and somewhere in there, I played a show for Wired and received an award for innovative use of technology.”

Gillis, the mastermind behind the celebrated sound clash of Girl Talk, should not be surprised by the diversity of his supporters, considering the hipness of his most recent record, Night Ripper.

In case you’ve been stuck in a Guantánamo waterboarding spa for the past year, the album is a 42-minute composition made up of samples, including Paula Abdul, Pavement, Kansas and Kanye. Gillis chopped, screwed and mutated hundreds of snippets to create a party-pleasing traffic jam of hip-hop, indie rock, R&B, industrial and more. The Notorious B.I.G. drops some “Juicy” verses over Elton John’s lilting piano from “Tiny Dancer.” Paul McCartney and Wings struggle to make their I love yous heard over 2 Live Crew’s relentless bellowing: Hey, we want some pus-say! Frequently humorous, surprisingly danceable and occasionally chaotic, the ambitious Night Ripper stretches far beyond the limited possibilities of the mashup, wedging more content and meaning into each second than anything associated with that genre. As a result, this musical achievement has sparked far more dialogue and controversy for the questions it raises regarding intellectual property and artistic expression.

While Night Ripper has gained Gillis some high-profile attention and critical acclaim, the record is not the laptop jockey’s first plunderphilic showcase. His 2002 debut, Secret Diary, is a frenetic, glitchy pastiche of samples, alternatingly grating and exhilarating. Many of the samples are burned beyond recognition or layered to the point of being unintelligible.

“When I did my first album,” Gillis recalls, “I was 18. I came from an experimental-music background — listening to Negativland, John Oswald, stuff like that. But doing live shows influenced me a lot to make the music more accessible and push the party vibe.”

While warming up crowds as an opener for live bands, Gillis started bringing the experimentalism of sample-based music into the mainstream. The results can be heard on the twitchy, catchy Unstoppable. “My second album was based more on beat work,” he explains. “I started playing a lot more house parties, taking out beats, and it just naturally evolved.”

After Unstoppable, Gillis spent nearly two years honing his material during his live sets before finally sitting down to edit the tracks. While working full time as a biomedical engineer, the mix maestro spent nine months piecing digital samples into the crunk collage that would become Night Ripper.

Exactly zero samples from that album were cleared or approved by the original artists. This places Gillis in a lineage with pioneering sonic anarchists such as the KLF, his heroes John Oswald and Negativland, Danger Mouse and countless hip-hop artists who have fought — and often lost — legal battles in defense of recontextualization, manipulation and fair use in the face of copyright-infringement accusations.

Though Gillis borrows liberally from big names that pose a serious legal threat, Night Ripper has yet to be targeted for litigation. With the specter of legal action looming, however, major download retailers, including iTunes and eMusic, have removed Night Ripper from their catalogs. Still, Gillis has excellent backing through his label, Illegal Art, and he’s received plenty of recognition from his peers. Artists such as Beck, Grizzly Bear, Peter Bjorn & John and many others are beating down his door for remix work.

Gillis is in such demand, in fact, that he recently quit his day job. While this frees up time to keep up with all the production work coming his way, Gillis is enjoying getting to hit the road. “I’m always behind as far as doing shows,” he says. Gillis’ performances have become famous for their outrageous energy, uninhibited debauchery and occasional nudity. Crazed, dancing fans join the artist onstage as he whips himself into a frenzy. Last November, at San Francisco’s Be the Riottt festival, authorities, concerned that Girl Talk’s riotous fans would damage the next band’s equipment, shut off the power and forced Gillis offstage after only 10 minutes.