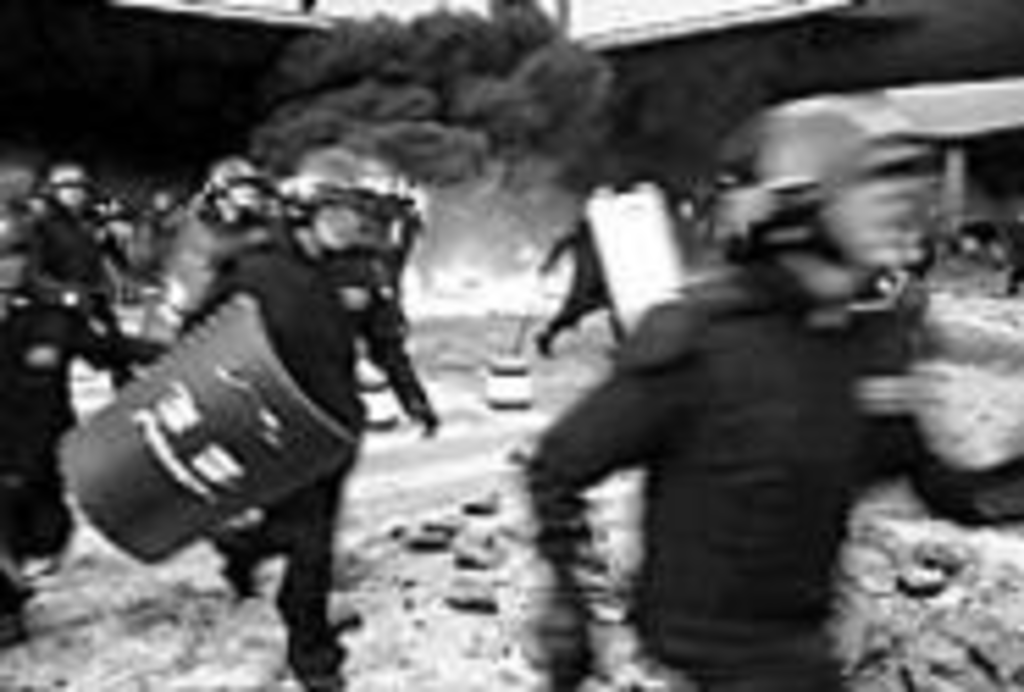 Big Noise wants to put a new perspective on your daily dose of war.

“Everything about the way the corporate media shows us conflict is about distance, is about creating distance between us and the things that we’re seeing,” says Rick Rowley, founding member of the Big Noise Collective, a volunteer, nonprofit media coalition based in New York.

The collective describes itself as “rebels” rather than “filmmakers.” Big Noise started in 1996 with only a couple of video cameras and a passion for activism inspired by the relatively peaceful Zapatista movement in southern Mexico. The coalition now sets out to capture the human side in the movements of restless masses everywhere.

Where television cuts from images of an event to suited experts commenting from comfortable sets, Big Noise offers a street-level view of the action. People burning cars or watching as tanks rumble ever closer are no longer simply clips. “Our cameras are close and rugged and intimate in a way that the corporate media just never is and never can be,” Rowley says.

The Fourth World War changed as the world changed. An early, carefully crafted plan for the film was scrapped in favor of a looser approach that resembles MTV more than CNN. The filmmakers examine our nation’s own war on terror in New York, Afghanistan and Iraq.

“The film is not an argument, and it’s not an essay,” Rowley says. “This film hopes to open up a window through which it’s possible to feel a moment of connection to movements from which we’re separated by massive geographical and political distance.”