RILEY THE MUSICIAN went to Montana and came back Ana 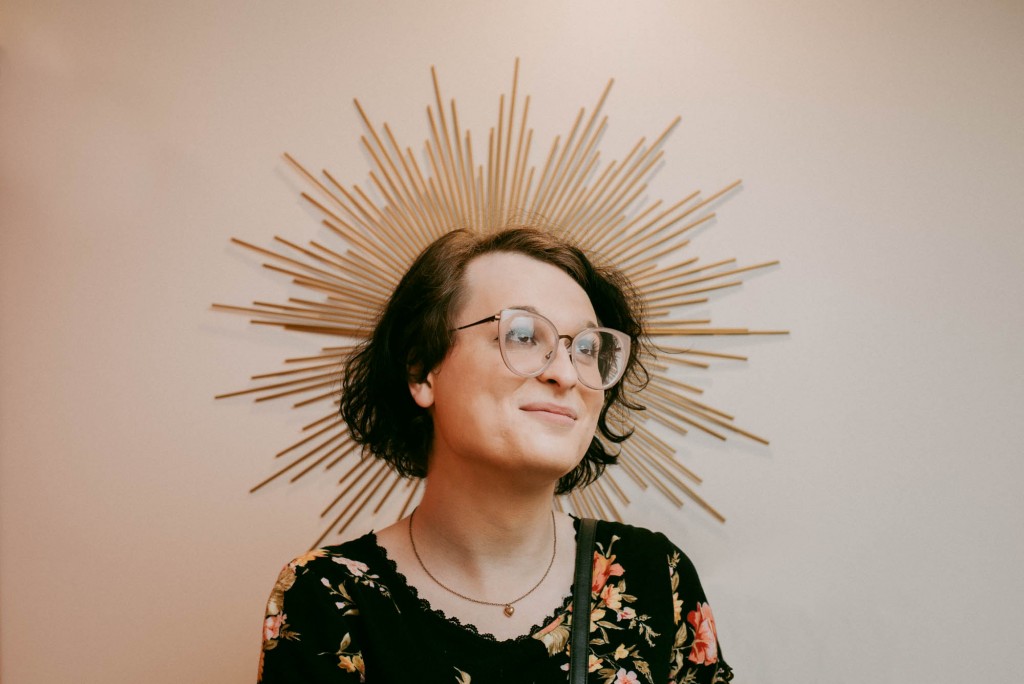 For Ana Kennedy Domville, known by her stage name RILEY THE MUSICIAN, it took a road trip to Montana to really discover herself. The 22-year-old from Lee’s Summit, Missouri found her trip so successful that the resulting writing and recording sessions evolved into her third studio album in as many years. The aptly titled album, Montana, is Domville’s first album under label Snafu Records, which she signed to in June.

She is going through a period of change at the moment. Not only is she getting to release her first label-backed project and tour, but she recently came out as a trans woman. In a tweet from September 19, she wrote, “riley went to montana and then came back as ana is how i want today to be remembered as.”

For Domville, the work of polishing the final project led her to entirely new discoveries about herself and her art.

“This is something entirely new where I went to a place and [created] something I would want to listen to in 10 years,” she says. “A lot of it is just about finding home and ‘where is home?’”

Montana was nearly finished and ready for release when Domville was signed by Snafu. The label went on to spearhead the final details of the album and its release, coming Nov. 12. 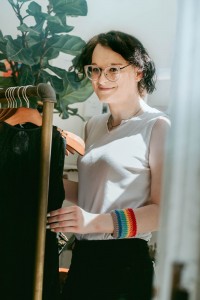 Domville’s music up to this point has been an eclectic blend of pop, hip hop, and synthetic dance music. Montana comes from a number of fresh aesthetic and musical inspirations, both electronic and folk. She’s currently obsessed with Bruce Springsteen’s Nebraska (particularly “Atlantic City”), the work of Daniel Johnston, and Montanan Alaska Reid’s Big Bunny project.

Additionally, she is drawn to a style of songwriting inspired by freestyle, where artists just come up with words or a melody on the spot and fill the blanks in later. She credits this affection to listening to rap artists like Childish Gambino and Kanye West growing up.

“Hip-hop is the most dynamic genre in the world,” she says. “When I was 16, I got the album Because the Internet. I listened to Graduation over and over again. The super synth sounds on ‘I Wonder’ just sound incredible.”

These hip-hop influences can be heard on songs like “Iced Out [Reloaded],” which was a previous release remade for the Montana album. The song features glitching beat and a distinct, confident flow.

Domville’s music career has risen on the tide of diligently engineered music feeding off a sense of magic and otherworldliness. This aesthetic has thus far been essential to the RILEY THE MUSICIAN sound as she grew a following in an online music sphere known by some as hyperpop.

“I grew up listening, when I was 17 or 18, to A.G. Cook and SOPHIE, all the PC Music roster all the time,” says Domville. “They’re what got me into online music. And then I met people online like Umru, Frax, and just became friends with people in those circles. I just got into it that way.” 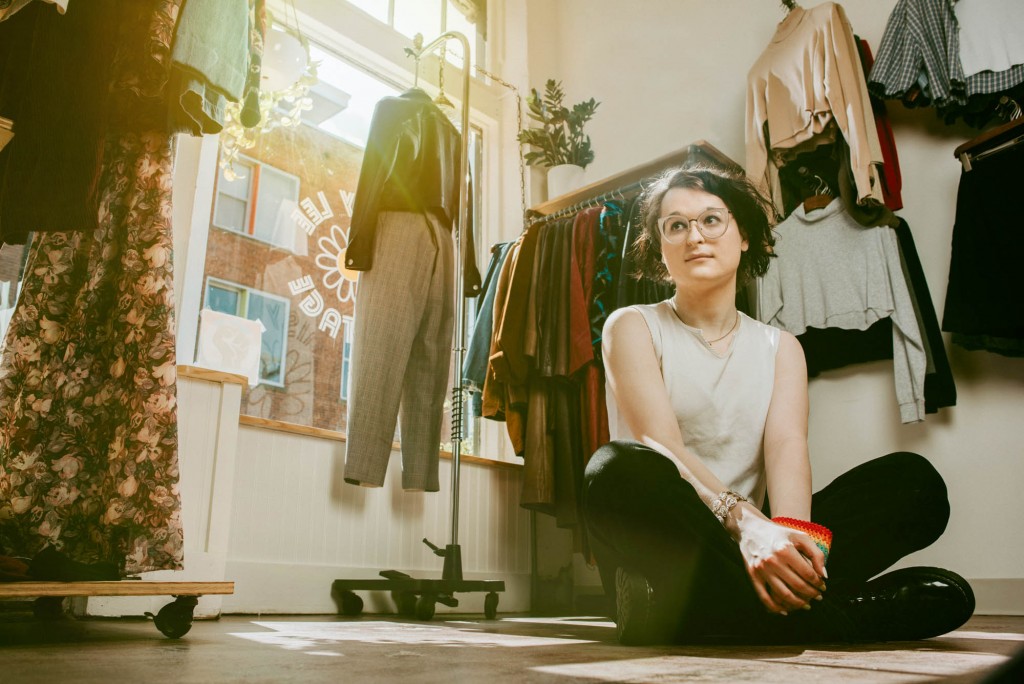 SOPHIE, who passed away unexpectedly in January 2020, remains one of the biggest influences to hyperpop as a whole and to Domville personally.

Both as a transgender woman and an electronic artist, SOPHIE’s legacy is one that Domville’s career honors in many ways. Her dreamy songwriting and revisionist approach to music—many of her songs were performed live only, and were often slightly different when she played them—are two things the artists share. Whether it be the songs on Montana or previous releases she’s changed to fit her current narrative, Domville shares this drive to grow in her music.

As for the future, Domville’s dreams involve isolating herself and honing her craft.

“I would be happy just moving to Montana in the middle of nowhere and just flying people up and making music,” she says. “That’s really my vibe. I love songwriting and I love producing with people. I’m so much better just on my own. I feel like the pandemic changed so much, permanently, that you can succeed anywhere now and do whatever.”