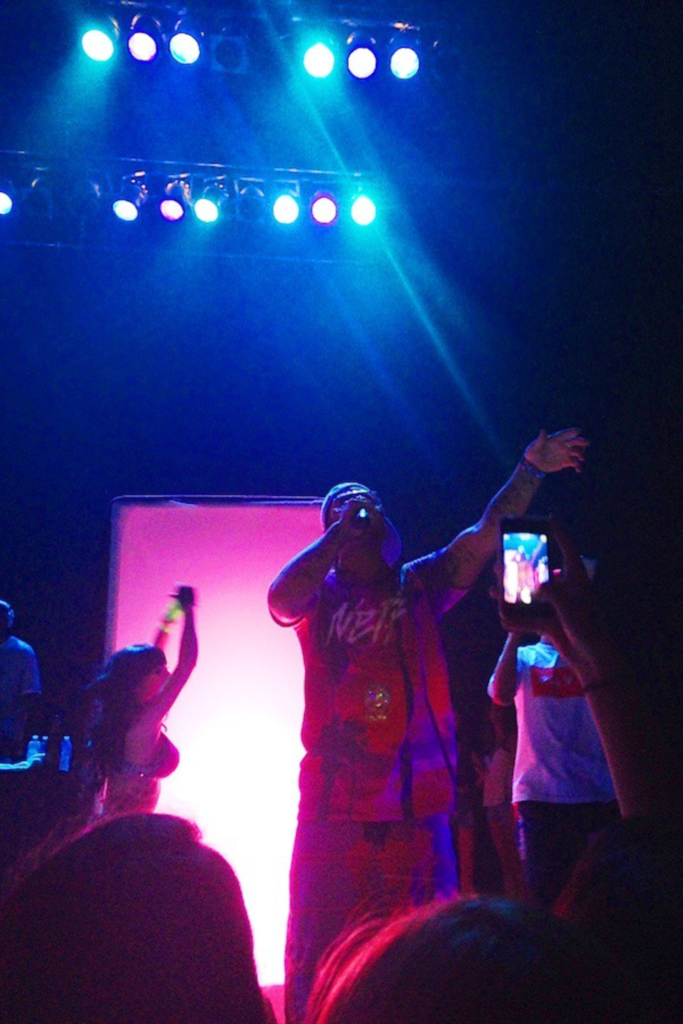 Riff Raff brought his special party train to Liberty Hall last night, and there is something about the 32-year-old Houston native that makes teenage girls want to take their clothes off. Maybe it was the copious amounts of Four Loko he generously poured down the throats of the front row or the preemptive apology offered by his quasi-ballad “Lil Mama I’m Sorry,” but more than one young woman was compelled to flash her assets.

As far as assets go, those proffered were pretty sub-par – which largely describes Riff Raff’s performance last night as well. From the two cheap cabana-changing-room-turned-light-boxes that decorated the stage to the halfhearted DJ set by someone not listed on Riff Raff’s tour lineup, the would-be Neon Icon fizzled and died at Liberty Hall.

Dressed in head-to-toe neon pink (including pink cornrows) and sporting crystal-studded smiley-face ice around his neck, Jody HighRoller paced the stage asserting that he don’t want your girl cuz she look like Jay Leno. More important: He only fuck with hoes who rock Dolce & Gabbana – which would be an effective way of weeding out, you know, posers from the crowd. Joining him were two identical-twin dancers twerking to “Suckas Asking Questions” and “Deion Sandals.” Blown-up cardboard heads of Katy Perry and a husky also graced the stage. In between the Four Loko-pouring, breaking it down to the song “Hologram Benz” and the shiny grill-flashing, Riff would fling packets of glow sticks into the crowd to distract from his weak lyric game and equally cringe-worthy tattoo game. 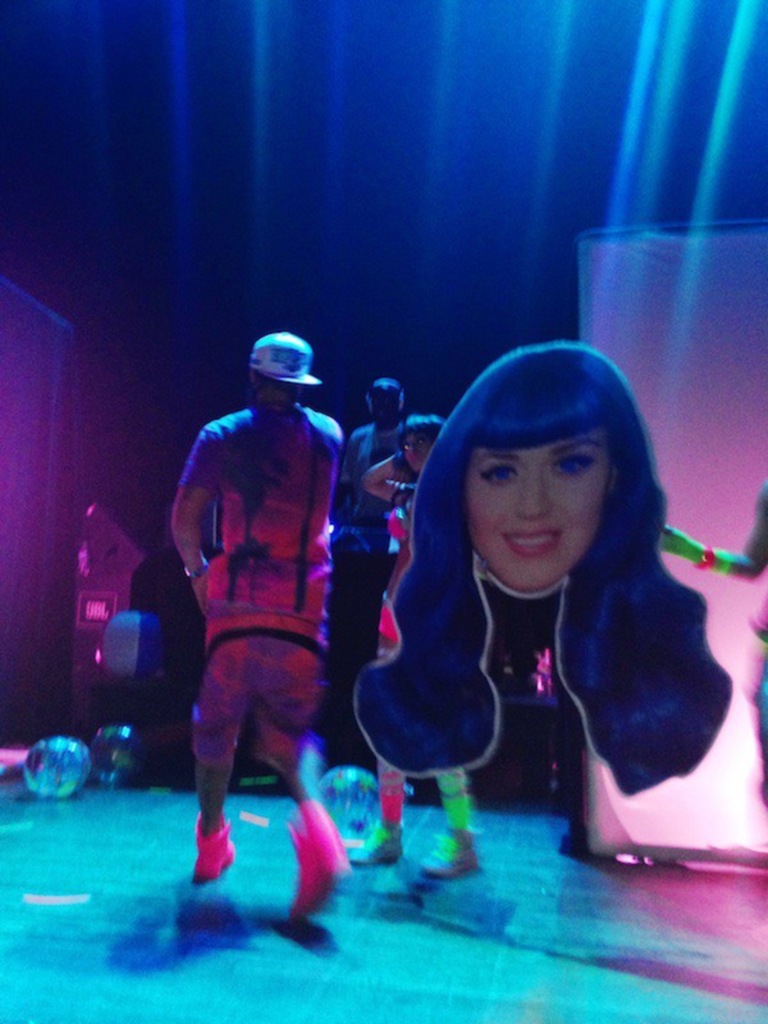 There are two types of people who go to a Riff Raff show – those who recognize that he’s bad and only attend for the “I made out with Riff Raff onstage last night after he splashed pink Four Loko down my shirt” story, and those who actually like Riff Raff. This show drew mostly the latter. Their anthem is his unsolicited plug for the sneakers brand in “Tip Toe Wing in Ma Jawwwdinz” and they wish they could do lines and channel his alter ego, Kokayne Dawkins, to the hit “Kokayne,” two songs off his mildly anticipated album Neon Icon. They also happen to be in high school.

Riff Raff has lofty goals: to become iconic, innovate within the rap genre and get rich enough to wear a suit of money. Unfortunately, his live performance falls drastically short of the talent needed to see those dreams through.

One thing Riff Raff does get right is how to market himself using social media. Hit him up on Twitter, Vine, Instagram and his website to see his dog, his car, his crew, and pretty much anything and everything else. To his credit, he plays a solid Internet game. Thousands of people who love – or love to hate – follow and like his Vines and tweets and selfies. Riff Raff exists as a strangely entertaining phenomenon on the internet. Perhaps he should consider staying there.

Leftovers: Swag only gets you so far.