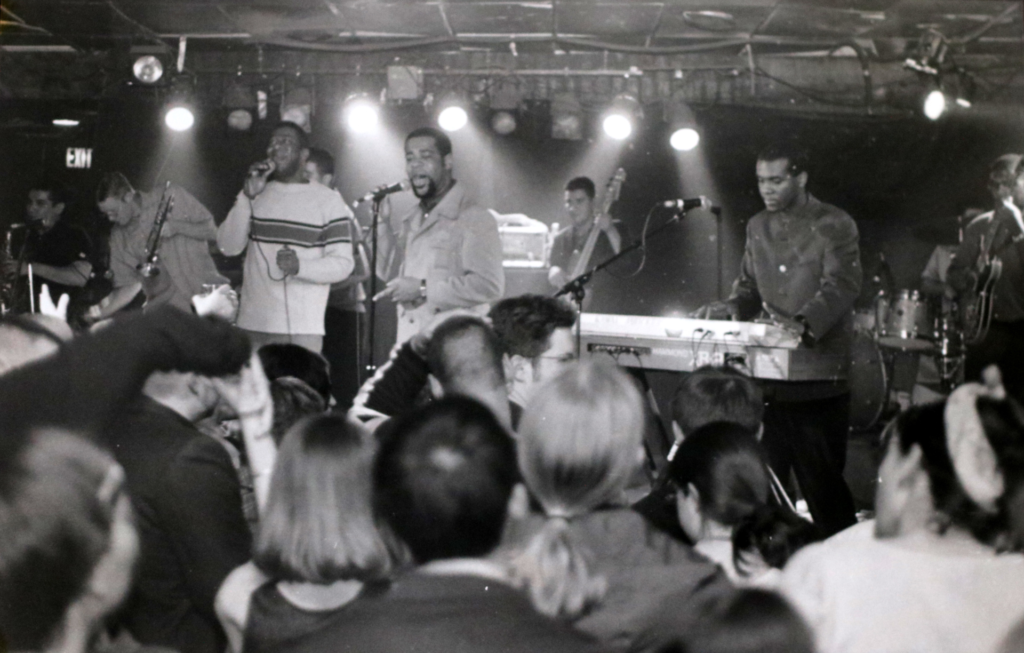 For the last 24 years, Rico Dejoie, owner of Boss Vintage and show-going raconteur behind Boss Hooligan Soundsystem, has provided a holiday celebration for those in the punk community who might not otherwise have one. It’s called Hooligan Holiday. But while this year’s incarnation features three nights of music — including ska band Hepcat’s first area show in over 20 years and performances from legendary hardcore acts like Slapshot and Sick of It All — it wasn’t always this epic. It wasn’t even a whole weekend.

“It started out as a house party for friends who weren’t from Kansas City, who couldn’t afford to go home for the holiday,” Dejoie explains by phone. “There were about 200 people, and that was way too much.”

He laughs, and we start to run down the various venues at which Hooligan Holiday has been held: Finnigan’s Pub, where it started; four years at the Grand Emporium, where the event started bringing in bands; the Beaumont Club, which Dejoie refers to as “the great years”; and on to this year at Record Bar, Uptown, and the Madrid. He credits a lot of the event’s success and longevity to sponsors over the years like Guinness, Pabst Blue Ribbon, and Camel — the latter of which let them bring in bigger bands, like H2O or Madball. And then there’s the dress code: lots of suits and snazzy dresses.

“I felt if people were dressed really nice, they didn’t really act up, if you know what I mean,” Dejoie says, chuckling.

While Slapshot, Hepcat, and Sick of It All might all be big draws on their own, Dejoie thinks the openers are just as impressive.

“The Press — I haven’t seen the Press in over thirty years, and I’m so excited to relive my twenties,” he says. (They open up on Friday at RecordBar.) “And the Unruly Boys [also playing Friday] are really great, if you want to see a good upcoming band — they’re amazing.”

And, finally, there’s the last show of the weekend, featuring Sick of It All, whose first album, Blood Sweat and No Tears, features Dejoie himself on the cover. And while he’s excited about the band headlining, what gets him revved up the most goes back to how the whole Hooligan Holiday thing started: people getting together this time of year.

“Seeing friends I haven’t seen in thirty years come in from New York,” Dejoie says. “Friends coming in from Puerto Rico, San Francisco, L.A., Denver, Texas. I’m excited to bring people in to see Kansas City, and to see what I see every day and love.”

The Hooligan Holiday Punk Rock Prom is Friday, December 7 at the Record Bar with Slapshot, The Press, and Unruly Boys. Details on that show here.

Hepcat, 45 Adapters, and Boomtown United are at the Uptown on Saturday, December 8. Details on that show here.

Sick of It All, Street Dogs, and The Uncouth are at the Madrid on Sunday, December 9. Details on that show here.