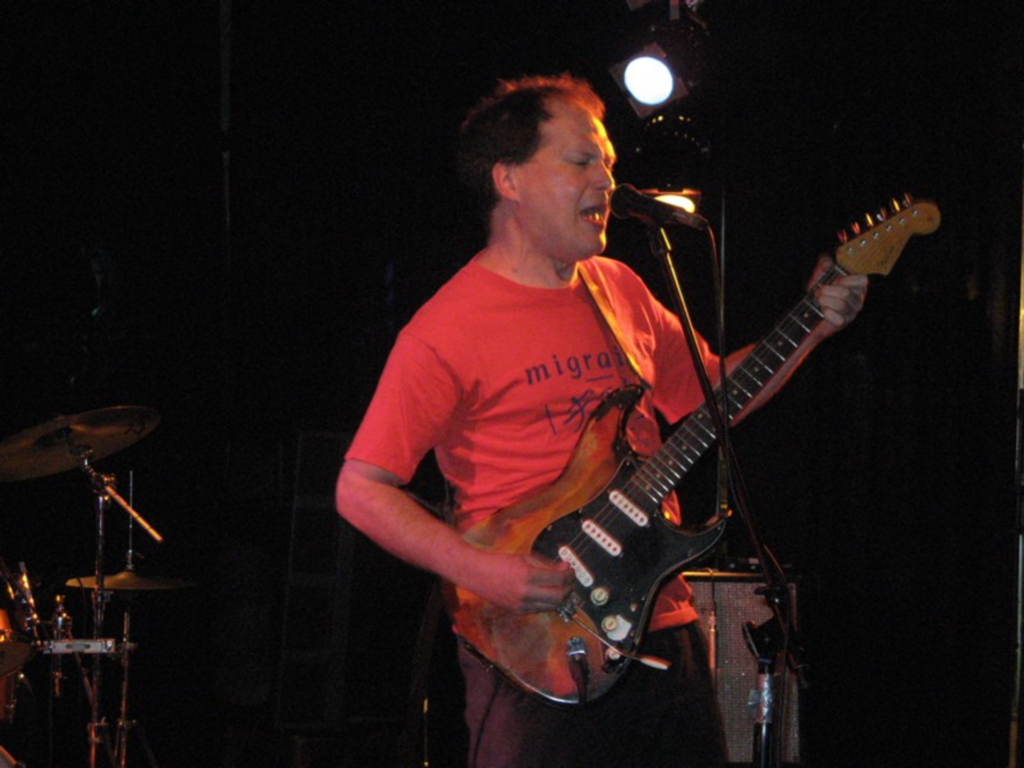 Better Than: Seeing any other band in existence cover Television.

Feisty, lumpen Richard Lloyd stands outside the Record Bar, talking to local music aficionado Pat Hopewell in the sweltering night. I approach, am introduced, and shake Lloyd’s hand. He winces. “Quite a handshake you got there,” he says, though I don’t think I applied undue pressure — hell, I’m no Charles Atlas.

“I’ve shaken hands with three heavyweight champions in my life,” Lloyd says. “George Foreman, Rocky Marciano, and … I don’t remember the other guy. I’ll show you what each of their handshakes were like.” He holds out his hand. I take it, and it’s not exactly limp, but there’s no squeeze. It’s like an action figure’s Kung Fu Grip — firm but motionless.

Before I know it, Lloyd has spun a complete 360 and is pretending to punch me out, his fists coming with inches of my face and stomach, demonstrating, I think, but am not sure, one of the boxers’ patented moves. Then he goes on talking to Hopewell about how Jimi Hendrix had rubbed tears into his hands (whether Lloyd’s hands or Hendrix’s hands, I’m not sure) and how he knew Jimi through Jimi’s only student, a friend of Lloyd’s named Velvet Turner. Anyway, judging from the interview he did for us, I shouldn’t have been surprised to find the guy a bit eccentric. Still, it was quite an introduction to the protopunk guitar hero of Television turned late-life guitar guru.

Some hours later, he’d be plying his Kung Fu grip to his Stratocaster and reeling out some jaw-jacking rock and roll.

Click on the photo below for a whoop-ass slide show.