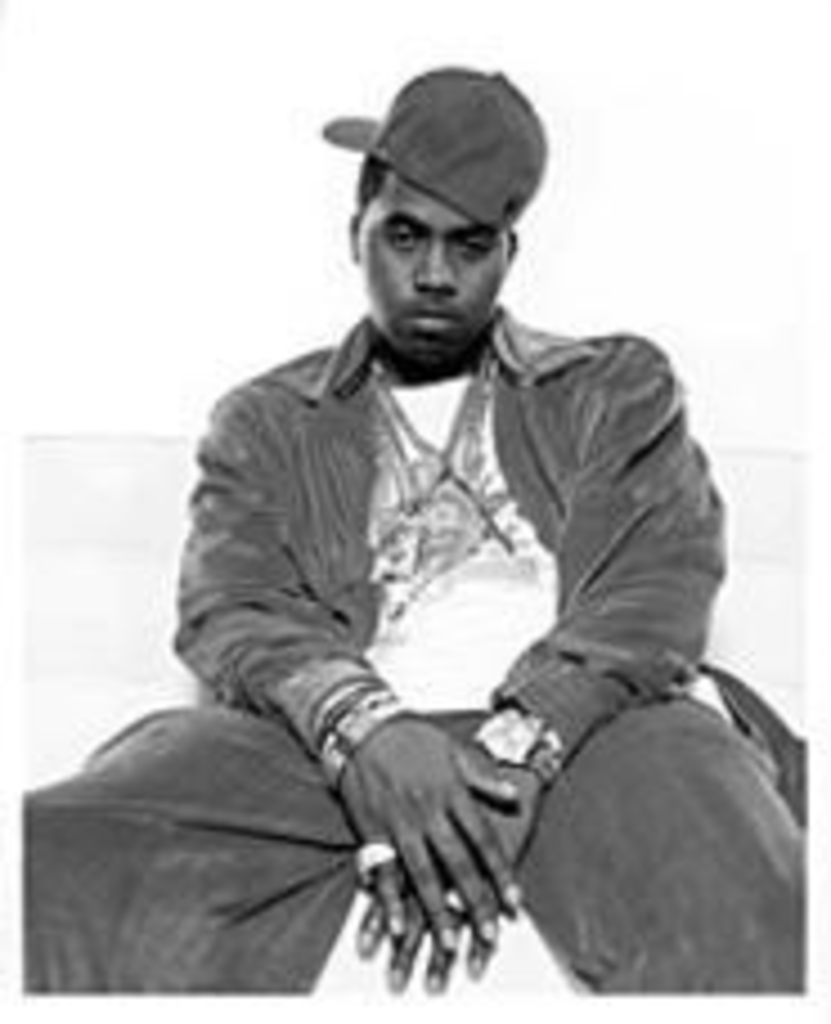 For the most part, mainstream rap has lost its lyricists. No one drops social commentary like Public Enemy back in the day, and only a precious few MCs even engage in meaningful wordplay. On the radio, it’s all about shout-outs, catchphrases and random street talk. So when an artist comes along who can balance a potent flow with commercial appeal, hip-hop heads can’t be blamed for overreacting. It was in this climate that twenty-year-old Nasir Jones was anointed as rap royalty on the strength of his 1994 debut, Illmatic. “The Second Coming,” they called him. “The Real Deal,” “The Truth,” “The Rhyme God,” “The Next Rakim.” Critics and fanatics waited for Nas to lead rap to the promised land, but he quickly lost track of rhyme.

Abandoning his street-storyteller style, Nas adopted an ill-fitting gangsta persona, calling himself Escobar and dropping a string of increasingly disappointing discs (It Was Written, I Am and Nastradamus). He capped his losing streak with two poorly conceived side projects (The Firm and QB’s Finest) and a miserable acting debut (in Hype Williams’ wretched Belly). But despite the critical beatdowns and fanbase apathy, Nas doesn’t feel he fell off, lyrically or mentally.

“I’m not sure if I’ve ever lost focus,” he says, his voice slow and almost sleepy. “The writing has always been fun to me, and on each album, what I wrote meant what it meant.”

But even if he was keeping it Sincere, to use the name of his Belly character, old-school fans craved a return to Illmatic form. Nas responded with last year’s Stillmatic, a stirring reminder of his glory days. “Comin’ full circle was real important to me,” Nas explains. “I experimented with all kinds of music and worked with different artists. It was important to get back to my roots and take my music where I thought it needed to be.”

On Stillmatic, Nas tones down talk of the gangsta lifestyle and playa privileges, instead delivering stellar editorials such as “Rule,” on which he demands to know How can the president fix other problems when he ain’t fixed home yet? He addresses such issues while managing to sound current, becoming one of the few links between the politically powered old-school and today’s pimped-out new school.

Like his latest work, Illmatic combined playful displays of wordsmithing skills with straight talk about life in the hood. The album revived East Coast hip-hop, beating back the West Coast gangsta influence that was poised to take over the nation. Like most great albums (Marvin Gaye’s What’s Going On and the Beatles’ Sgt. Pepper’s Lonely Hearts Club Band, for example), Illmatic was compact and filler-free — just ten killer tracks full of sharp lyrics and brilliant beats. The 39-minute masterpiece earned hip-hop’s highest honor, five mics from The Source magazine.

“The compliments and praise were everything you would want on your debut album,” says Nas. “It all meant more to me than the sales. But afterward I saw the change in people’s feelings, and instead of praise, they started comin’ after me.”

His most publicized antagonist, Jay-Z, scored a direct hit last year with “Takeover,” a gloves-off assault that needled Nas’ discography and questioned his credibility as a legitimate street reporter. On Stillmatic, Nas battles back with “Ether,” rapping My child, I’ve watched you grow up to be famous/And now I smile like a proud dad, watchin’ his only son that made it/You seem to be only concerned with dissin’ women/Were you abused as a child, scared to smile, they called you ugly?/Well life is harsh, hug me, don’t reject me/Or make records to disrespect me, blatant or indirectly.

Nas chalks up this war of words to hip-hop’s long-standing tradition of battling. “A lot of guys today must not remember Roxanne and UTFO dissin’ each other, Boogie Down Productions versus MC Shan or Dr. Dre against Ice Cube,” Nas cites. “Battlin’ is a part of hip-hop. This isn’t the first battle or the last.”

His current spats on wax certainly don’t mark Nas’ first battles. A product of the infamous Queensbridge housing project in Queens, New York, he dropped out of high school, but his ferocious appetite for reading helped him develop strong writing skills.

“My pops and mom had the books all laid out for me,” he says. “They always told me what was up as I was growing up in the crib. Hopefully everybody has parents that teach them about their culture and what’s really going on. I was fortunate enough to have that type of upbringing, because it made me more aware of the world and how things work.”

Nas’ father, Olu Dara, also introduced him to musicmaking. “My pops was a jazz dude, and he brought me into the game,” Nas says. “If it wasn’t for my pops makin’ music, I wouldn’t be makin’ music. He brought me onstage when I was about four or five. He kept tryin’ to get me into instruments. The way my pops approached the music was real and a lot more creative. I grew up with music, so I’ve always had an understanding of the power of words and what my voice represents.”

Nas has a seven-year-old daughter, but he hasn’t yet introduced her to the music world. “Things have changed,” he says. “There is nobody playin’ music any more. There are no more jazz players. Back in the day, you were the man if you held a horn or flute or could play the bass or drums. Now you got drum machines and synthesizers. It’s a completely different game, and I don’t know how my daughter’s generation will really look at music, because she’s growing up in an era where hip-hop is in the forefront.”

It might be a different game, but Nas is willing to play. For example, he realizes the importance of image. “Having a hot video is important,” he says. And he’s made airtime a priority, creating controversial clips such as “Hate Me Now,” in which he reenacted the crucifixion of Jesus Christ. Nas also understands the necessity of large-scale tours, which is why, after a smattering of intimate club dates (including a stop at the Uptown Theater), he’s spending his summer in amphitheaters warming up for R&B crooner Usher. Such mixed-genre tours are common in the absence of major rap-only events, which prevents hip-hop acts from developing the camaraderie that often results between rock groups that frequently share bills.

“If there is a fraternity of rappers, I haven’t been invited,” Nas says. “But I got love and respect for all artists out there.” However, he reserves his highest praise for two of hip-hop’s most notable fallen soldiers: Notorious B.I.G. and Tupac Shakur. “We gave and took with each other,” Nas explains. “I would hear some ‘Pac, he would hear some Nas. And we took what we wanted to take from each other. It was the same with Biggie. And we were all out there selling a bunch of records and reaching people once we really came on the scene.”

With Stillmatic, Nas did something Biggie and 2Pac never did — he scored a second five-mic rating from The Source. But this time around, he’s not getting caught up in the hype. “The readers of magazines get a bigger thrill from my album getting five mics than I do,” he says. “You get excited the first time someone talks about you and your work in a paper or a magazine. But when it happens all the time, it doesn’t matter.”

Judging by Nas’ fire on Stillmatic, it’s hard to believe he doesn’t care. But Nas is also smart enough to know that accolades fade fast with the what-have-you-done-for-me-lately hip-hop crowd. He understands that he’s in a constant state of transition — searching for beats that will inspire lyrics that can meet the high standard this ghetto bard has set.

“I grew up listening to ’80s hip-hop, the true school, and when I hear tracks, they have to take me back to that time,” he explains. “The tracks have to have some nostalgia so I feel like I’m writing to a respectful track that compliments what ’80s hip-hop did for me and the rest of the world.”