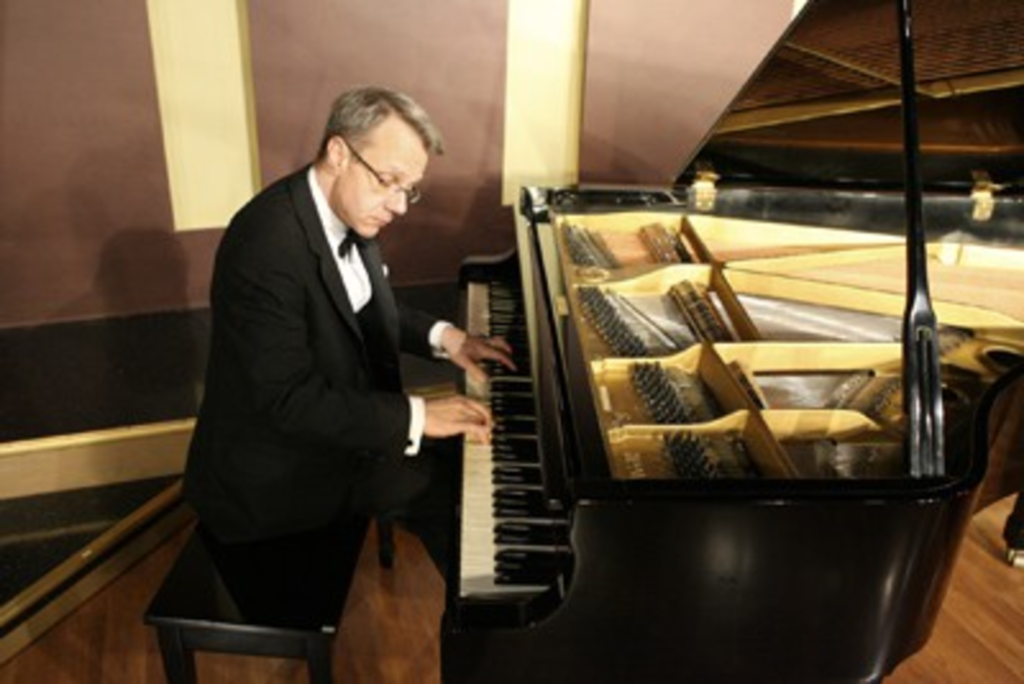 It’s no surprise that Quality Hill Playhouse’s Rhapsody in Gershwin is an elegant, sophisticated, gently swinging affair. An evening of the choicest songs by the choicest of songwriters, it’s the kind of grown-up entertainment that hardly exists anymore. Quality Hill cabarets honor not only the tradition of Broadway and Tin Pan Alley, where the popular and the serious join into something that’s not quite either, but also the dying idea of middlebrow aesthetics — that our popular culture might at times dress itself up, pitch itself at adult minds and aspire to art. Or wit. Or sublimity.

It’s also no surprise that art, wit and sublimity turn up all at once here. The songs start slight, tickled out by pianist, host and director J. Kent Barnhart and sung by Melinda MacDonald, James Wright and Quality Hill newcomer Lateesha McDonald Jackson, beginning with the Gershwins’ early cash-in “The Real American Folk Song (Is a Rag).” After three numbers, though, MacDonald is floating over the spare, descending chords of “The Man I Love.” The song is part blues, part sonata and all feeling, especially with MacDonald singing the heartache with the puckery bite of a dry cabernet.

Wright is all offhand panache on bouncy numbers like “Oh, Lady Be Good” and “They All Laughed.” As McDonald Jackson eases through the weepy “But Not For Me,” she nudges each note out into the world like a child blowing a string of bubbles — each delicate, glistening and perfectly rounded.

It’s no surprise that McDonald Jackson stirs, channeling the deep hurt of “My Man’s Gone Now” (from Porgy and Bess), or that a haunted, half a cappella “Summertime” boasts both swing and pain. Or that Barnhart’s second-half solo-piano treatment of “Rhapsody in Blue” is a stunner. Working through Gershwin’s famous variations, Barnhart teases, thunders and swings, getting more power out of this piece with just one instrument than I’ve seen full orchestras manage.

No, the surprise isn’t that the show is so good. The surprise is that I found it all so moving. Growing up in De Soto in the 1980s, I went to the library and checked out a VHS tape of Woody Allen’s Manhattan every couple of weeks. That movie meant the world to me, not because of its romantic (but hard-eyed) story, its showy cultural references, the dazzling black-and-white New York City, or even the thrill of Gershwin set to fireworks. Instead, it was how all of this balled together into a sort of promise: Somewhere in the world, adults loved beauty and possibility, and when I got there, my life, too, would feel like art. Barnhart and company flooded all that youthful romance right back into me. What moved me most was a new realization — thanks to places like Quality Hill, “somewhere in the world” may be right in Kansas City.

Another surprise: The same week that his last show won our award for Best Musical, Steven Eubank’s latest production found me thinking about walking out at intermission.

Doogin Brown, Vanessa Severo and Bill Pelletier were on hand, so I can’t say I hated every minute of this cluttered, chaotic, hurts-your-head revival of the too-often-revived Rocky Horror Show. The few minutes that did work — those rare occasions when Eubank let his talented cast engage in such old-fashioned indulgences as looking at each other or saying things we might like to hear — were drowned out by audience ringers shouting in-unison one-liners that are canned and stale. I know that this is a Rocky Horror hallmark, but here it strangles the show entirely. It’s like having a Greek chorus, only the chorus is sprinkled throughout the crowd and made up of jerks.

The actors spend more time waiting around for the responses than they do acting. They also hump and bump to all those fake ’50s boogie-woogie numbers, which here are over-choreographed and under-sung. Limbs flailing, asses shaking and any kind of unison achieved only by accident, this ensemble generates none of the excitement many of the same performers managed in Eubank’s Reefer Madness this summer.

Square leads Brad (Evan White) and Janet (Katie Karel) can belt, but they deliver over-the-top performances right from the beginning and never bother to look horrified at finding themselves trapped in a haunted castle with pansexual predators. Eubank has a bigger budget than in previous productions, so the castle looks great and is smartly lit, but to little effect because we are never meant to take it seriously. As the narrator, Pelletier is too reigned-in, all hustle and little comedy. Gawky absurdist Brown at first puts his satiric mark on the role of Dr. Frank N. Furter, pratfalling gamely and playing the early scenes like a drag-queen Groucho. By the end, though, he’s offering the same flimsy Tim Curry that everyone else does. Even Severo hardly registers here. Instead, this accomplished dancer, actress and singer is just another chump doling out straight lines for an audience to chant back.