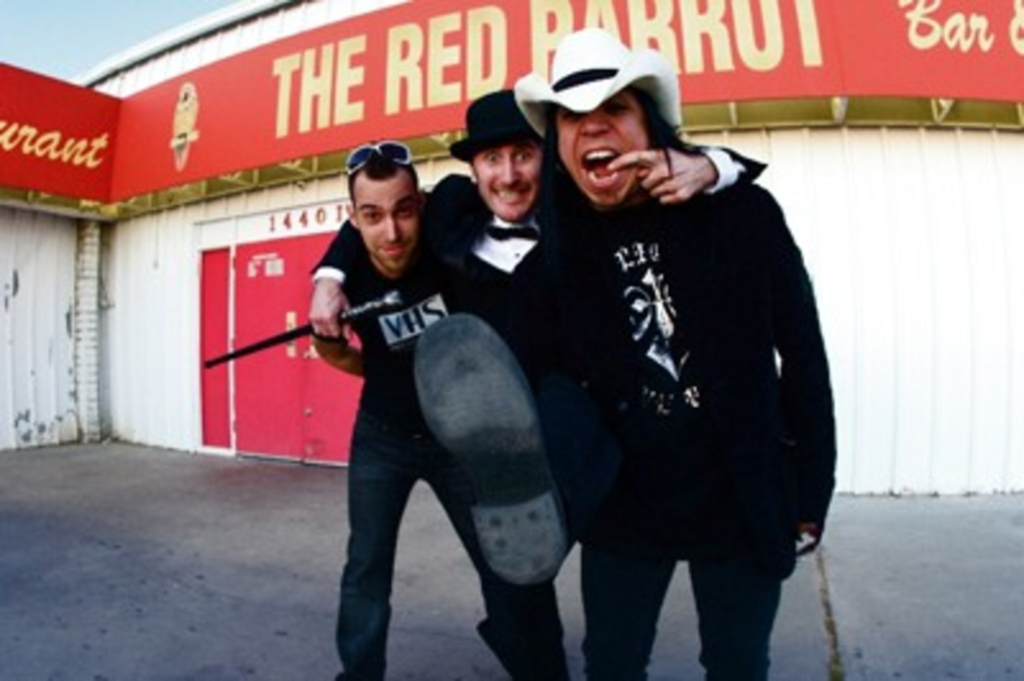 If semitrailers got down ‘n dirty like motor oil in a dank club beneath the highway, Revolting Cocks would be the house band. Spiritual kin of Thrill Kill Kult, this Al Jourgensen (of Ministry) side project does a grindhouse, brass-pole version of industrial dance, fueled by all the seething lust and narcissism that inhabit the darkest corner of the American dream. Generally known as RevCo, the group’s genesis goes back to ’85, a couple of years prior to Thrill Kill. Partially inspired by the Chicago underground house scene, the Cocks got shoved into a drawer for a dozen years until Jourgensen resurrected the group in ’06. With Ministry officially retiring last year, this would presumably be his primary focus; the gated drums and aggressive, bass-heavy throb of this year’s Sex-O Olympic-O recall his old outfit. The rhythms are punchier, and the synth has more prominence, but Jourgensen brews the same cockeyed vitriol — just heavier on the decadence.