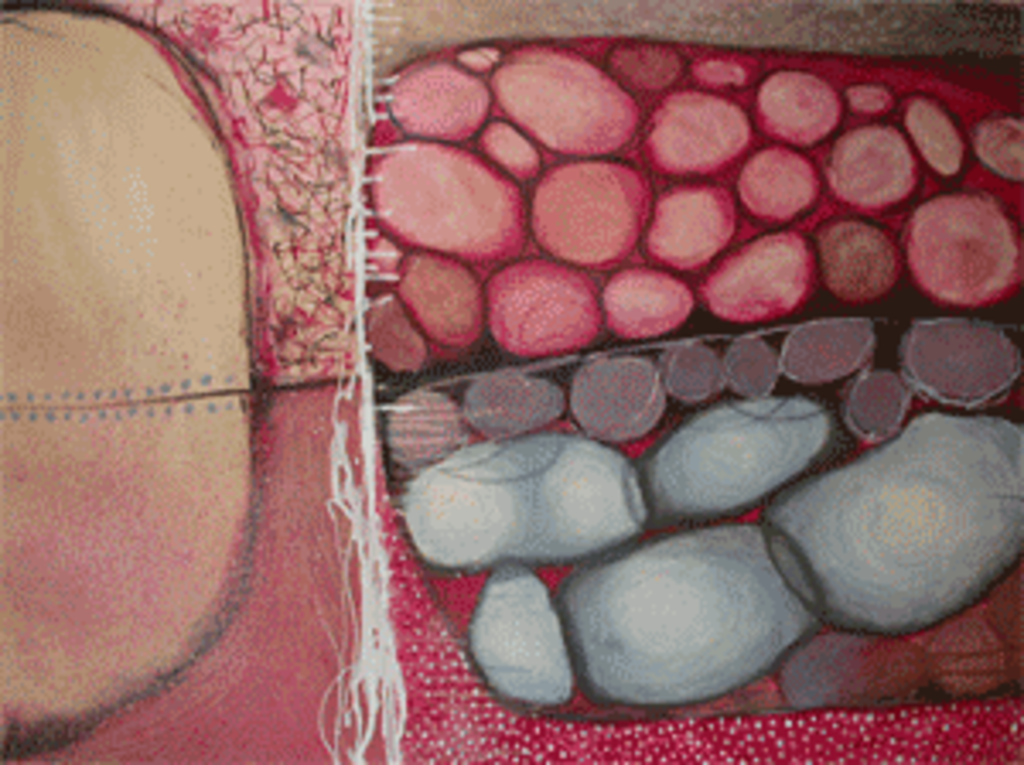 Today’s opening at Unit 5 Gallery & Framing (1920 Wyandotte, 816-841-5500), Patterns of Behavior, is an exhibit by a group of women collectively exploring notions of gender. The artists include A. Lloyd du Pont, Anne Hatakka, Laura Kukkee, Anne Pearce, Ouida Touchon, Susan White and Debra Di Blasi.Di Blasi exhibits her mixed-media-on-paper art, a series called “Makeup Artist.” Though inspired by the abstractions of quantum physics, Di Blasi’s work has an unexpectedly tactile quality. “I start by spraying the paper with cosmetic foundation, and then I use lipsticks, eyebrow pencil, eye shadows, lip gloss and glitter — face glitter,” she says. The result is a colorful series resembling pastel work but with a familiar color scheme.”When I was working on [an earlier series], I kept thinking about how I could relate the ideas to the body — it was my body making the marks, after all,” Di Blasi says. “Quantum forms and their interconnections — for example, the motion of my pencil dropping on a piece of paper — are related to physics, gravity, friction. But how could I bring it into the work? I was putting on makeup one day, and it struck me: This is the same thing.” The gallery holds an artists’ reception from 3 to 6 p.m.