Review: Kevin Smith at the Midland 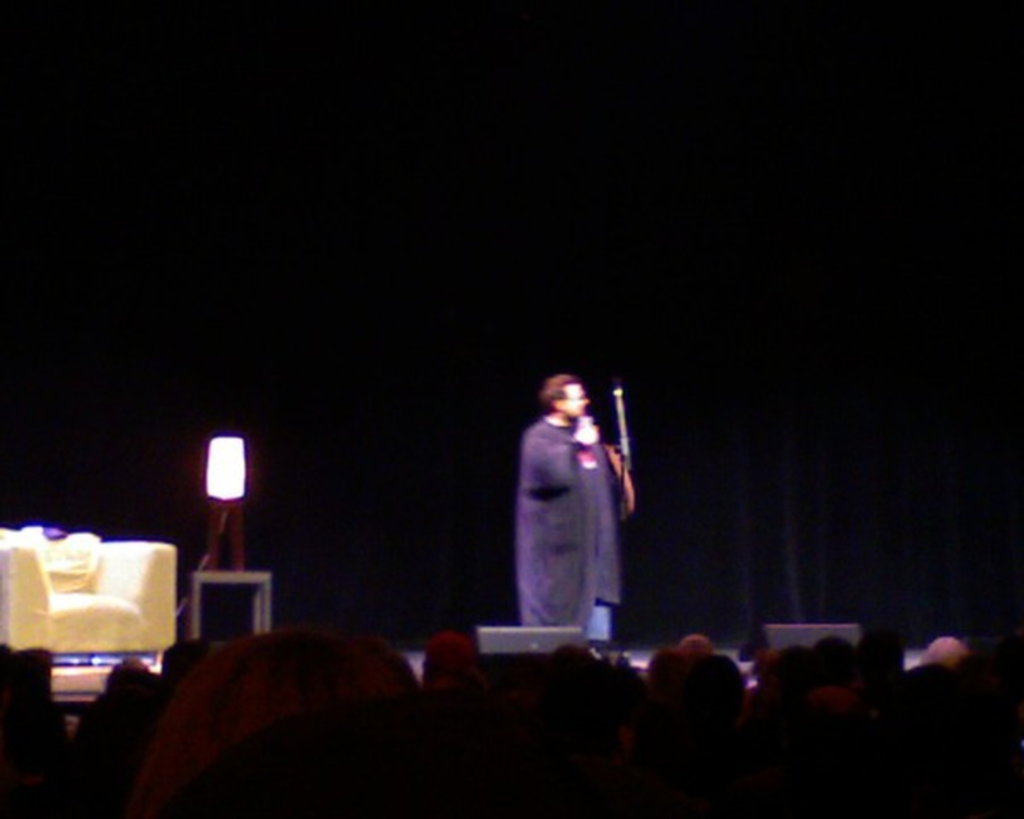 In the top drawer of my dresser, there is a ticket stub to a Q&A Kevin Smith was supposed to do at K-State back in the late ’90s, which he canceled, due to breaking his leg. I held onto it, because it was supposed to be rescheduled. The reschedule date was also canceled, because his daughter Harley was born.

So, when I say that Smith’s Saturday night appearance at the Midland was something for which I’d been waiting 10 years, I am not exaggerating in the slightest.

And thank fucking God, Smith didn’t disappoint. From his opening words, “You make it very clear I’m not too fat to be loved,” he killed. The man is a master storyteller. Seriously, he could quit making movies forever, and just make a living as a “spoken word” performer.