Review: Har Mar Superstar at the Riot Room on Saturday, 10/5

The quick critique: Even if he’s not stripping down to a G-string anymore, Har Mar Superstar still knows how to throw a party. Thumbs way up.

Har Mar Superstar may be the pop music world’s least likely sex symbol, but there’s no denying the man’s power. On Saturday night at the Riot Room, Sean Tillmann gave a rambunctious crowd a show as sensational as any “>Robin Thicke/Miley Cyrus VMA performance. Truth be told, he was much better. And less coked out.

Har Mar strutted onstage wearing bright-orange pants, loafers, and a stellar fringed, cream-colored leather jacket, which he would later shed to reveal a black-and-gold ’80s sweater. He opened the night with a couple of old favorites – “Body Request” and “DUI” – before delivering the power-soul stinger “Lady, You Shot Me” off his new record, Bye Bye 17.

Tillmann knows his way around a pop hook, that much has always been clear. But the songs off Bye Bye 17 showcase his vocals in a way we’ve never heard them before, and that’s what’s most exciting about his new material. Even the upbeat “Restless Leg,” which Har Mar suggested was actually a reference to his penis, can’t conceal his rich, warm voice. You have to wonder why he’s been squirreling it away behind synths and distortion for so long.

Still, while the new record may sound different, far be it for Har Mar to change his routine. He may be over the phase where he was pushing PG-13 in his skivvies onstage, but as he demonstrated at the Riot Room, he’s certainly not afraid to get down and dirty. And flirty. Very, very flirty.

As the night progressed, Har Mar lost the remaining items that were keeping his torso all covered up, tossing aside his tank top during “Tall Boy.” The girls in the front row went wild for that, and one in particular must have caught Har Mar’s eye, because in the middle of a chorus break during “We Don’t Sleep,” he leaned down to briefly make out with a lady whose name was later revealed to be Katie. Katie didn’t seem to mind this at all, and she was immediately the recipient of congratulatory high-fives and dirty, jealous looks. 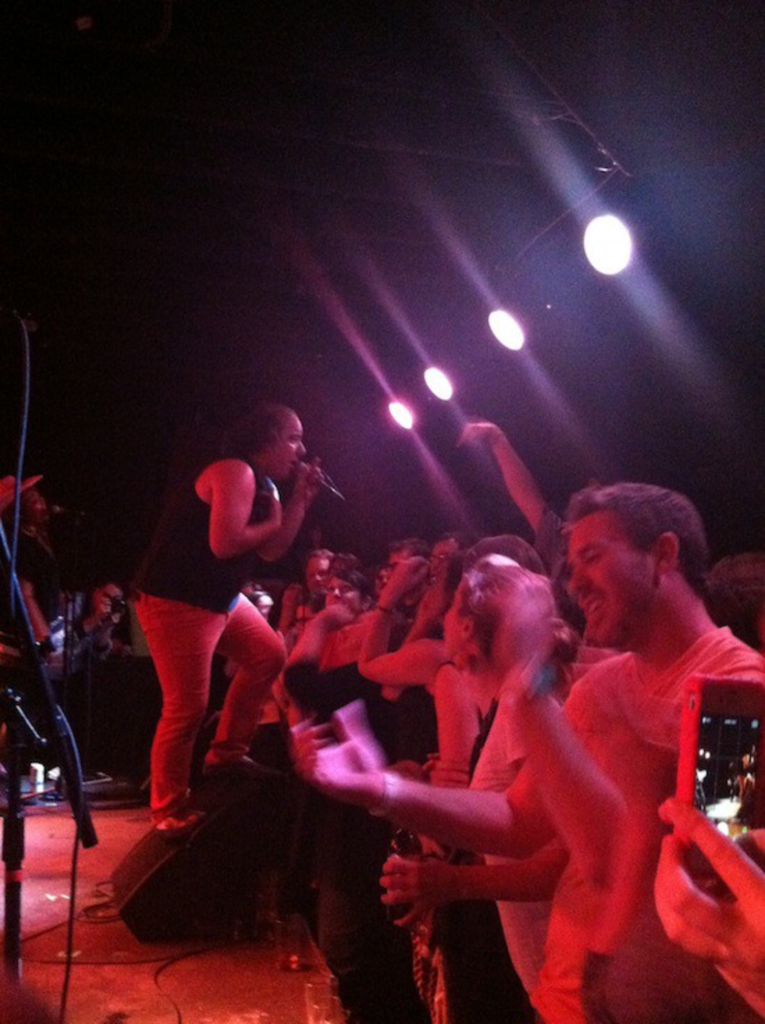 After Har Mar had his little interlude, he concluded “We Don’t Sleep” by doing some kind of scissor-leg sideways head stand, singing into the microphone from the floor. It was certainly an impressive gymnastic display, and shortly afterward Har Mar walked offstage – only to be called back, of course, for an encore, beckoned by the crowd’s incessant chanting.

The encore was a grand four-song affair. After “Don’t Make Me Hit You,” there was apparently almost a brawl in the middle of the floor, which Har Mar put a stop to: “Hey, stage order – shut the fuck up. This is my show.”

“Cut Me Up” featured a booty-shaking duet with Lizzo, Har Mar’s female backing vocalist and opener. Afterward, Har Mar pointed to Katie, who was beaming blissfully at him, and called out: “Katie, stick around after the show. You won all of this, this luscious package.” He rubbed his protruding gut for effect, and strangely, it seemed to be a huge turn on for the female population in the audience.

One girl was so inspired that she hopped up onstage and started grinding all up on Har Mar. This was not an addition that Har Mar was a fan of, and he quickly shooed her away before launching into a cover of Boyz II Men’s “It’s So Hard to Say Goodbye to Yesterday,” which invariably became a huge drunken sing-along.

Har Mar is one of those artists who is fantastic no matter what venue you’re seeing him at, but you know, watching him shimmy his butt cheeks rapidly to the delight of the audience, that he deserves Vegas-show lights and glitter bombs and fog machines and whatever else Beyoncé gets. Maybe someday, Har Mar. Till then, we’re cool with anything – and everything – that you’re putting out. 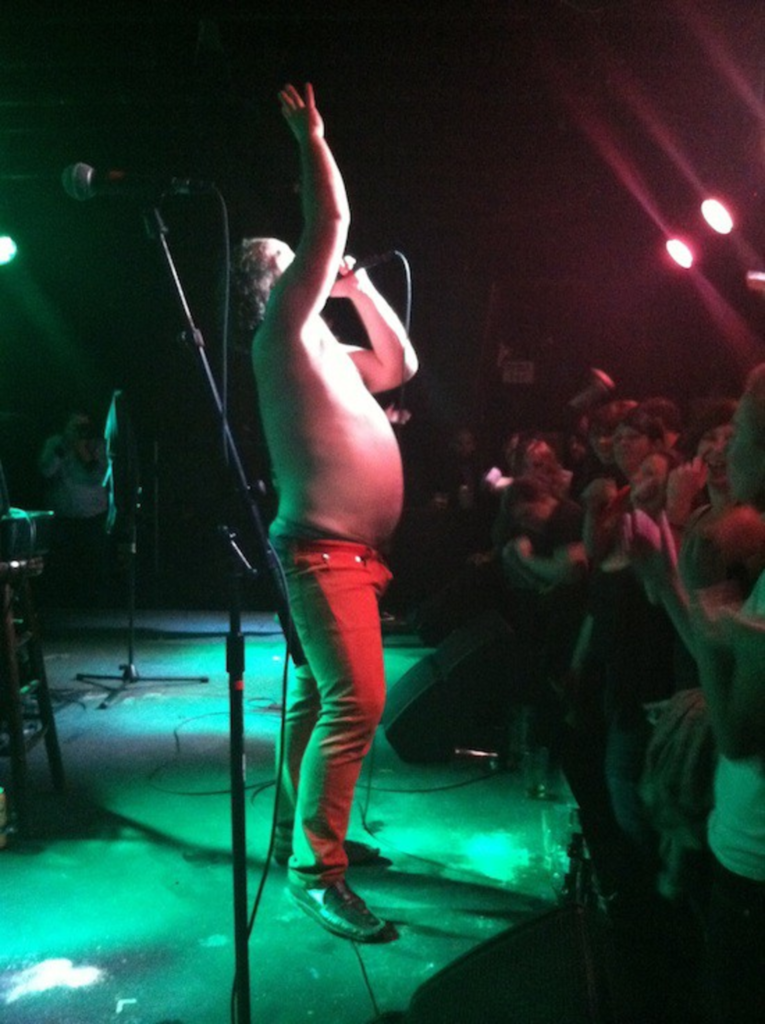