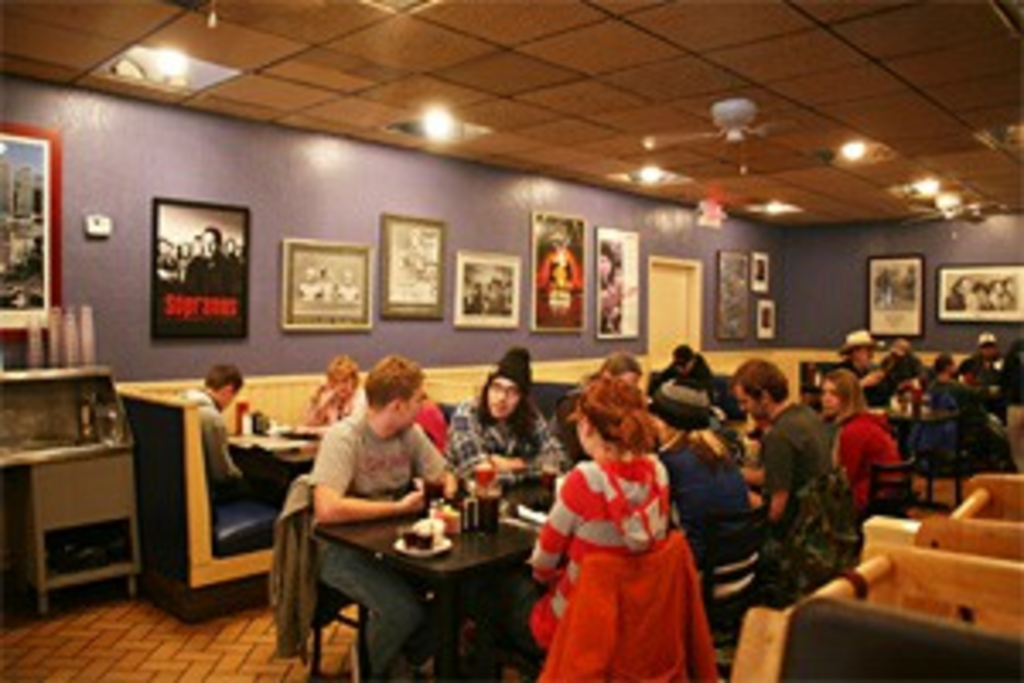 I had mixed feelings when I heard that Jan Imber and Ira Auerbach, the hardworking couple who had turned a dreary Subway sandwich joint on 39th Street into the wildly popular Bell Street Mama’s, were taking over the former Nichols Lunch. God knows Imber and Auerbach needed a bigger venue (the old place barely seated 60 customers) and a lot more parking than they had at 39th Street and Bell. But Nichols Lunch required more than a cosmetic touch-up.

More than a few knowledgeable sources have told me that the kitchen in the vacated 85-year-old diner had layers of grease, dirt and mold that might have dated back to when Walt Disney and Joan Crawford still lived in Kansas City and Walt Bodine was in diapers. Last July, when Auerbach and Imber were knee-deep in cleaning it up, Ira Auerbach told me that they had their work cut out for them. “The place was a mess,” he said. “Very dirty, and hardly anything in the place worked.”

Unlike richer restaurateurs who have healthy budgets to renovate old establishments, Imber and Auerbach had to tackle their daunting project economically.

“Jan and Ira deserve a medal just for opening the doors,” a friend of mine said shortly before the newly christened Mama’s 39th Street Diner welcomed its first customers in November. “Even if you don’t like the food or the service, you have to give them kudos for sheer effort.”

And I do! The first night I ate there, I looked down at the buff-colored tile and told my friends Bob and Ned that I couldn’t believe Imber and Auerbach had installed new flooring. A ponytailed waitress stopped in her tracks to correct me. “Those are the original floors,” she said. “It’s just that they’re clean.”

And easier to inspect now that most of the old booths in the front room — the one that faces Southwest Trafficway — have been replaced with tables and chairs. Auerbach and Imber have painted the walls periwinkle and the woodwork a buttercream-yellow, hung stained-glass panels in the plate-glass windows and decorated the place with an oddball collection of art — a copy of a famous 1925 Tamara de Lempicka, some imitation Boteros and some framed posters. Compared with the grimy décor of its predecessor, Mama’s 39th Street comes off as practically elegant. But Ned wrinkled his nose and dismissed the interior as “eek-lectic.”

Like all good diners, Mama’s offers an elaborate menu of all-American fare, including a wide variety of salads and sandwiches, five versions of a grilled hot dog and 16 variations on a hamburger. “It says here that the fried chicken is famous, made with a secret crispy coating,” Ned said. “I’ll have that.”

Bob ordered the same thing, forgetting that when I reviewed the Bell Street location back in 2004, he didn’t care for Mama’s fried chicken. The crunchy coating isn’t for purists; Auerbach’s secret is to coat the chicken pieces in a blend of white and corn flours, which creates a pleasantly crunchy if slightly grainy coating. But the pieces are plump and juicy and come served with mashers, gravy, green beans and biscuits (and little packages of Promise, the 60-percent vegetable oil spread).

None of the “famous” dinners appealed to me, and the so-called Italian dishes (including “Mama’s Lasagna Casserole” and “Cincinnati Spaghetti Red”) terrified me, so I stuck to a hamburger. It was a good hamburger with excellent fries, but the next day, when someone asked me what kind of burger I’d ordered, I couldn’t remember. Was it the onion burger? The “Maui Wowwie”? What I did remember, vividly, was that the big slab of German chocolate cake that had looked so alluring in the tall revolving pastry case near the front door (a mechanical relic of Nichols Lunch, I believe) had been so dry and tasteless that it, too, might have been 85 years old.

On the afternoon I ate lunch there with Carol Jean and Brenda, our waitress was utterly blithe about forgetting to turn in Brenda’s lunch order — “I guess I didn’t hear you order it, hon,” she explained — and so inattentive that we gave up on ordering dessert. That being said, lunch was a better-than-average diner experience. I enjoyed a cup of soup with a baseball-sized fluffy matzo ball floating in chicken broth. And once Carol Jean got over the shock of how nice the place looked, she raved about her broccoli-ham-and-cheddar omelet. The blue-plate meatloaf special boasted a thick slab covered with a shiny, brown gravy that looked suspiciously prepackaged to me, though the waitress insisted it wasn’t.

When Brenda’s lunch finally arrived — so late that it might as well have come in on a freighter from a faraway ocean — the “Fisherman’s Platter” was loaded with deep-fried clam strips, catfish strips and potatoes. She declared that it was damn good. It must have been — she cleaned her plate.

Another friend advised that I needed to eat at Mama’s for breakfast. “It’s the best meal they offer. And anyone who is anyone eats there. It’s a who’s-who.”

When Franklin and I arrived one Saturday morning, both dining rooms were full — the sunny front room and the windowless smoking section west of the kitchen. I did see society decorator Scott Lindsay near the front door, but he had been a Nichols regular for years. Walking toward the more raucous and fun smoking section, I spotted an old friend who grabbed me and, snubbing out his cigarette, whispered: “This joint has so many fairies and bears in it, I thought I was in Disneyland.”

Mama’s is a wonderland, all right, at least for breakfast devotees. Among the 66 omelets are combinations that sound nausea-inducing to me (peanut butter, jelly and banana; hot dog, onion and American cheese), but I have simple tastes when it comes to breakfast. That’s why I surprised myself by ordering the “Rolled Oink,” a couple of fat, mildly spicy sausage links each rolled up in an unfluffy buttermilk pancake. It’s a novelty I’ll not order again. The basic breakfasts are safer bets — for me, anyway. Franklin loved his “Country Benedict,” a ham-and-egg-topped English muffin slathered with sausage gravy and crunchy deep-fried potatoes (called “country browns” here).

I was relieved to see the veteran waitress Micky, a tall Nichols Lunch institution, back on the floor and juggling heavy platters as if they were powder puffs. The new venue also preserves some of the old Mama’s eccentricities, such as mismatched coffee cups. I sipped java from a “Joy to the World” Christmas mug, and Franklin’s had a cartoon character on it. The place at least has a sense of humor, which is something Nichols never had — unless one was roaring drunk at 3 a.m.

For that, and for cleaning the old place up, I’ll give Imber and Auerbach the medal their fans say they deserve.