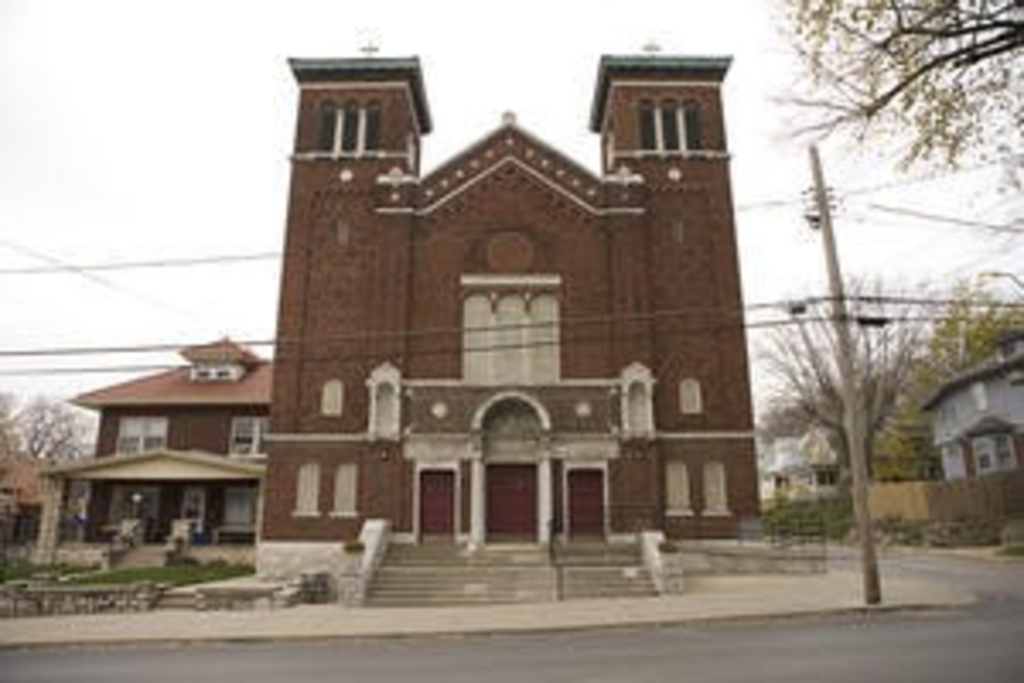 Jason Fields stands outside the old Holy Trinity Church at 9th and Norton. This is ground zero for the Rock, the subject of this week’s cover story “Thank God for the Rock,” and the epicenter of the religious organization’s foothold in Kansas City.

He looks up and down the street at beat-up houses. Their front doors look like gaping mouths that have thrown up couches, garbage and rotting carpet into weedy front yards.

“It was real bad,” he says of the neighborhood. “People were squatting in all these houses at one point.”

But the Rock has presided over a neighborhood revival. Members started by moving here, ripping out rotten sheet rock and rebuilding livable homes and neighborhoods. Fields points out houses that people now own — Rock houses.

As we head west on 10th street toward Myrtle, we pass Ryan Kubicina‘s house and the side of the old community center. Behind is a row of light green cornstalks about 5 feet high.

“I’m gonna hit it with some fertilizer,” he says of the corn. “It’s supposed to be dark green.”

Fields tells me his own story about confronting a thief who was trying to steal stuff out of his car. He grabbed and ax-maul before approaching the thief. The guy ran off, but Fields followed in his truck and guided the police toward the scene.

Before he moved in, his encounter with another neighborhood man was even weirder. Fields was getting his house inspected when he saw a guy walking around with an old air conditioner on top of shopping cart. The guy said the air conditioner was one of 250 discontinued models he’d chopped into scrap, and that it was his job was to bring down property values in the neighborhood.

“You want to know about that house right there?” he asked Fields. “There used to be steam radiators in it. Now there’s scratches all along the floor where someone ripped them out.”

Fields wasn’t deterred, he says. Like many born-again people, he says the fear has gone out of him. Now he’s part of the matrix of neighborhood overseers who are trying to break the spells of fear and intimidation.

“This is our land,” he says. “What I mean is, we are definitely in this neighborhood for the long haul. God is doing big work here.”