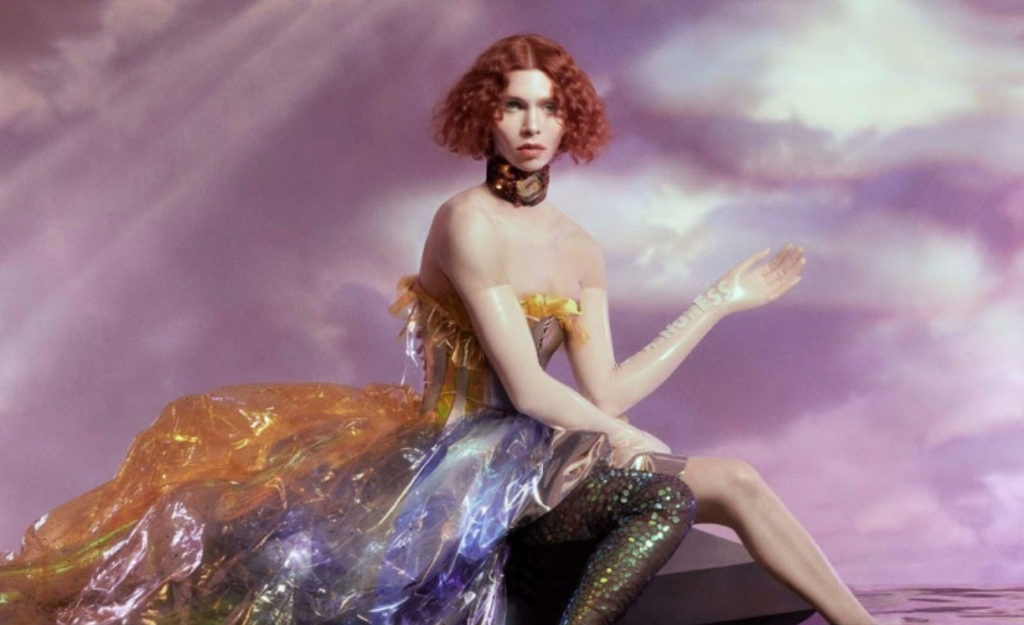 In an unexpected accident in the early hours of Jan, 30, 34-year-old Scottish music producer Sophie Xeon fell to her death. “Tragically, our beautiful Sophie passed away this morning after a terrible accident. True to her spirituality, she had climbed up to watch the full moon and accidentally slipped and fell.” read a statement released by her label, Transgressive. Sophie (sometimes styled as SOPHIE) leaves behind a historic legacy as one of the most influential and innovative electronic producers of the last 10 years.

Madonna, Rihanna, Vince Staples, Charli XCX, Flume, Kim Petras, Quay Dash and Mykki Blanco were just a few of the artists the producer worked with. She broke onto the scene with a slew of synthetic and strangely beautiful singles, compiled as a project called “Product.” Music publications like Pitchfork celebrated “Bipp,” released in 2013, for being a completely unique departure from the typical club music of the time.

With the rest of the singles on “Product,” Sophie created a sound completely her own, and impossible to recreate. Somewhat abrasive, her music has been teasingly said to include samples of “pots and pans banging.” Remarkably, Sophie’s solo music rarely used samples. She created corrosive and maximalist sound effects completely on her own, harnessing music technology in a way no one had ever seen before.

Sophie rose to further prominence through her work with U.K. label PC Music and the release of Charli XCX’s 2016 “Vroom Vroom” EP,” which she produced. The project is often affectionately cited as one of the largest influences to a genre of electronic pop music sometimes referred to as ‘hyperpop.’ The titular track, “Vroom Vroom,” positively pulses with all the excitement and stress of a final lap on Mario Kart, where the music speeds up considerably to light a fire under the simulated driver. Clanging hi-hats and booming drum hits adorn the track, coming together to create an avant-garde pop anthem.

While her work with artists like Charli XCX and Vince Staples are part of what defined Sophie’s style as a collaborator, her solo work presents some of her most stunningly intimate music. As a transgender woman, her sound often strove for a future where the confines of gender are arbitrary. “I could be anything I want,” vocalist Cecil Believe calls out in the pre-chorus of “Immaterial,” from her 2017 “OIL OF EVERY PEARL’S UNINSIDES.” “Any form, any shape, any way, anything, anything I want”.

“Transness is taking control to bring your body more in line with your soul and spirit so the two aren’t fighting against each other and struggling to survive,” Sophie stated about transgender identity in an interview with PAPER magazine for their Pride issue. “On this earth, it’s that you can get closer to how you feel your true essence is without the societal pressures of having to fulfill certain traditional roles based on gender.”

Many musicians, trans and cisgender alike, celebrate her as an icon and an influence to their work. “Sophie, the news of your passing feels unreal, and I’m still trying to process the sense of loss. Growing alongside you helped me feel less alone throughout the years. I will miss our correspondence very much,” wrote Venezuelan experimental producer Arca, after learning of her death. “To have been a part of each others’ journey, to have made music with you remains a formative experience that I will always cherish. Your genius, playfulness, boldness and vision continue to shine brightly through the expanse of your art.”

“The loss of Sophie is huge,” Jack Antonoff, producer for Taylor Swift, Lana Del Rey and Lorde, wrote on Twitter. “She’s been at the forefront for a long time and we see her influence in every corner of music. If you’re not aware of what she has done then today is the day to listen to all her brilliant work. You’ll hear an artist who arrived before everyone else.”

In an interview with Rolling Stone, the aforementioned Vince Staples, a close friend of Sophie’s, opened up about his experiences with her during her career. He praised her fearlessness in her identity and her music, writing: “I’ve seen Sophie around a dozen sessions, around different kinds of people, different genres, different races, different backgrounds and she was never afraid. I never saw her once afraid to be who she was, to wear what she wanted, to say what she wanted, to play what she wanted. Not once. I think that’s the most important takeaway: You don’t have to be afraid. Producers, musicians, trans people, people all over, no matter who you are, to be honest—I don’t care who you are, that’s something you could take something from. You don’t have to be fearful. I haven’t once seen fear on Sophie’s face, no matter what.”

While her music remained unknown to many, Sophie was an undeniable and inimitable force in the music industry and many people’s lives. Many will remember and cherish her not only as a trailblazer and innovator in music, but also as a kindhearted, generous person. Her inspiration to other musical artists will continue long into the future.

You can find Sophie’s music on all streaming platforms. If you’re looking to listen to her catalog for the first time, I recommend the songs “JUST LIKE WE NEVER SAID GOODBYE” and “Immaterial.” I am personally indebted to Sophie for introducing me to a whole new world of music, and wish to thank her for everything she has done to change my life.

The piece is reprinted from UMKC, because our former intern Allison Harris is fantastic and this piece is important.