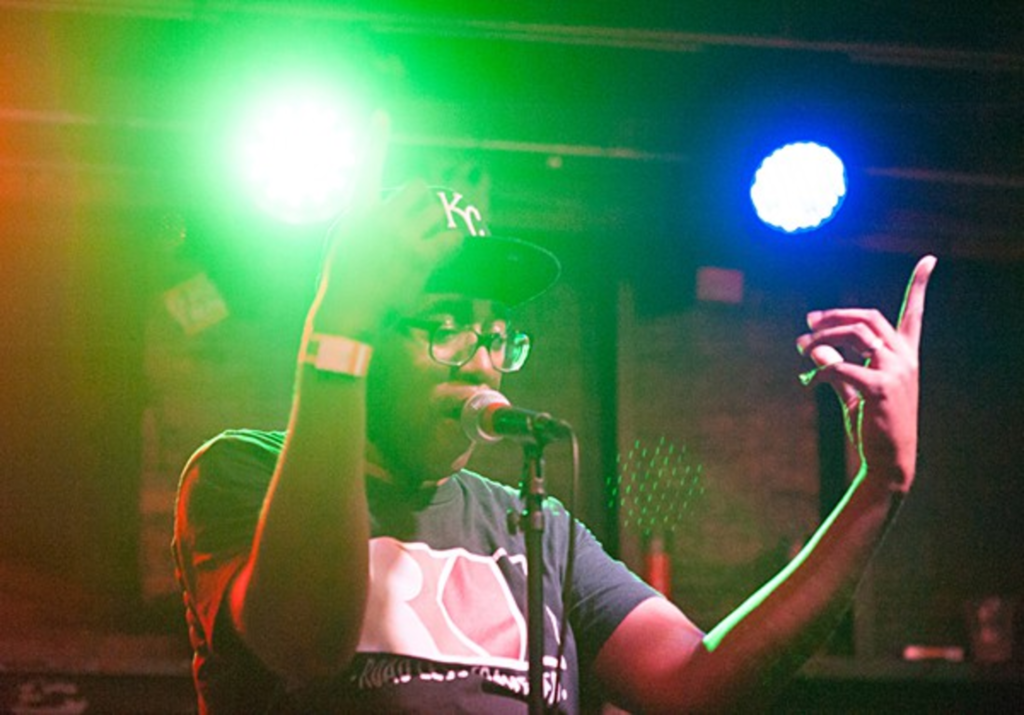 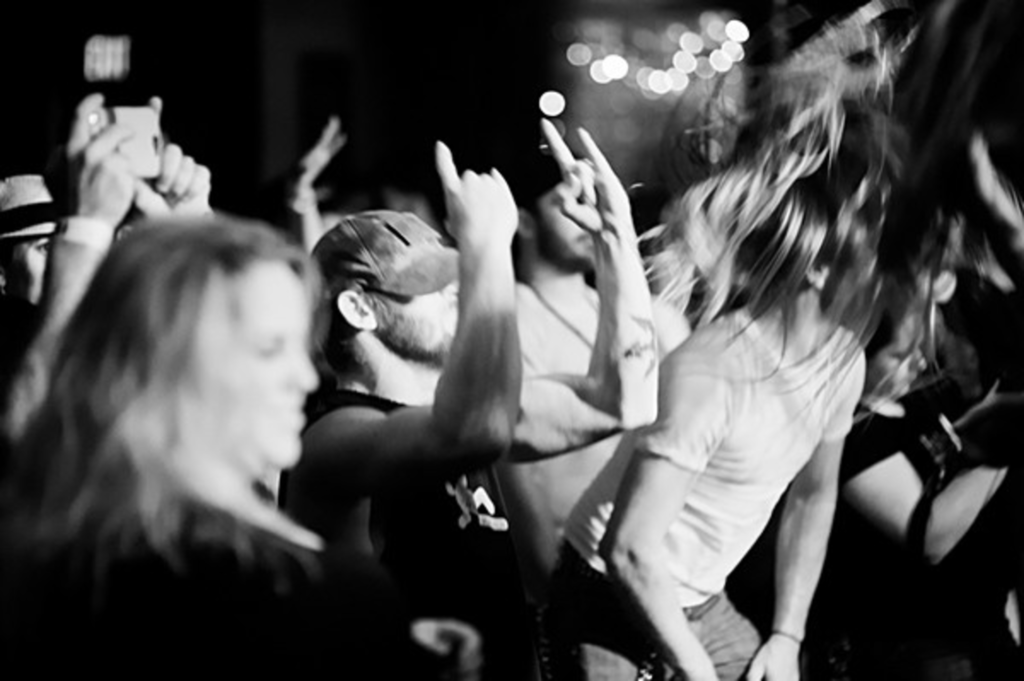 Friday night, about 25 local acts assembled on five different stages in the Westport area for The Pitch Music Showcase. There were guitars. There was progressive fashion. There were spilled drinks. There was at least one fight. It was an excellent time. Below, some memories. And don’t forget about The Pitch Music Awards, this Sunday, August 11, at the Uptown Theater.

• Best Rock nominee Not a Planet drew probably the biggest crowd of the evening to the Riot Room’s indoor stage, playing for well over an hour. The band dutifully reminded the audience to cast their votes in its favor: Drummer Liam Sumnicht promised “change” if victorious; singer Nathan Corsi (wearing white denim, a crisp white oxford and red suspenders) vowed to put “soda machines in every lobby.”

• On the one hand, the fresh, punchy tracks and clear-cut vocals from frontman Kyle Akers puts Antennas Up firmly in the power-pop genre. On the other, half the songs from Antennas Up have enough encoded bleeps and blips to make you feel like you’ve just been dropped into an old-school computer game (or maybe a Postal Service show). The result is an oddly charming mix of electro pop that feels like it was lifted from your favorite late-’80s flick, given some modern flair and a haircut, and dropped into your best playlist. A great follow-up to Not a Planet’s set.

• With her bedazzling jewels around both eyes, fishnet stockings and smart confessional lyrics, La Guerre’s Katlyn Conroy won lady crush of the evening. Her Dresden Dolls–meets–Ben Folds keyboard style was secondary only to her excellent vocals at her RecordBar performance. (Her microphone seemed almost unnecessary.) She split immediately after her set was over so she could drive her mom home, which seemed sweet.

• Outside on the Riot Room patio stage, Reach rapped over a beat that was mostly just Jay Z saying Tom Ford over and over again. Then he asked everybody to get out their phones and vote for him for Best Hip-Hop act. You gotta respect that kind of hustle.

• On one of Info Gates’ songs, he rhymed quitter with shitter, then fuck it with flush it. He rapped about mixing milk with bourbon. He rapped about breathalyzers. He rapped about roofies. He did a Nicki Minaj–style monster growl. Then he brought CES Cru up onstage for “One Bomb State,” and the three alternated verses and rhymes at approximately 1 billion miles an hour. A definite contender for highlight of the evening.

• At Californos, Shades of Jade’s set was a mix of R&B and classic KC jazz. It was like really diggin’ into a fat piece of jazz pie, letting the juices run down your face, but instead of reaching for a paper towel, you just keep eating. Dirty, dirty music — but dirty in the instrumental way, not like R. Kelly or Bobby Brown.

• Also at Californos, Brandon Draper spent about an hour generally asserting himself as one of the more precious gems in the jewelry box of the KC scene. He alternated between high-level drum-and-bass and looped, trancy grooves that sounded like they belonged on the dance floor of a sexy Vegas nightclub. Jaws subsequently dropped.

• On the Outdoor Stage, Oils frontman Andrew Frederick ended the set by descending from the stage into the crowd with just his microphone, dancing in a circle and repeating the line, You’re dialing me in! Seemed like a great way to finish the set. But as soon as the song ended, he explained to the crowd that he had just broken a guitar string and was just winging it. Could have fooled us.

• An uptick in exposed midriffs and dancing in the crowd at the Outdoor Stage? Yep — Making Movies.

• Hammerlord frontman Stevie Cruz sprang like a pinball around the stage as his band closed down the party at the Riot Room. He balanced himself fearlessly on speakers, leaned into the crowd and showered those up front with sweat from his drenched hair. “We thank you for giving us the chance to be responsible heavy-metal motherfuckers,” he said, and that about wrapped it up.