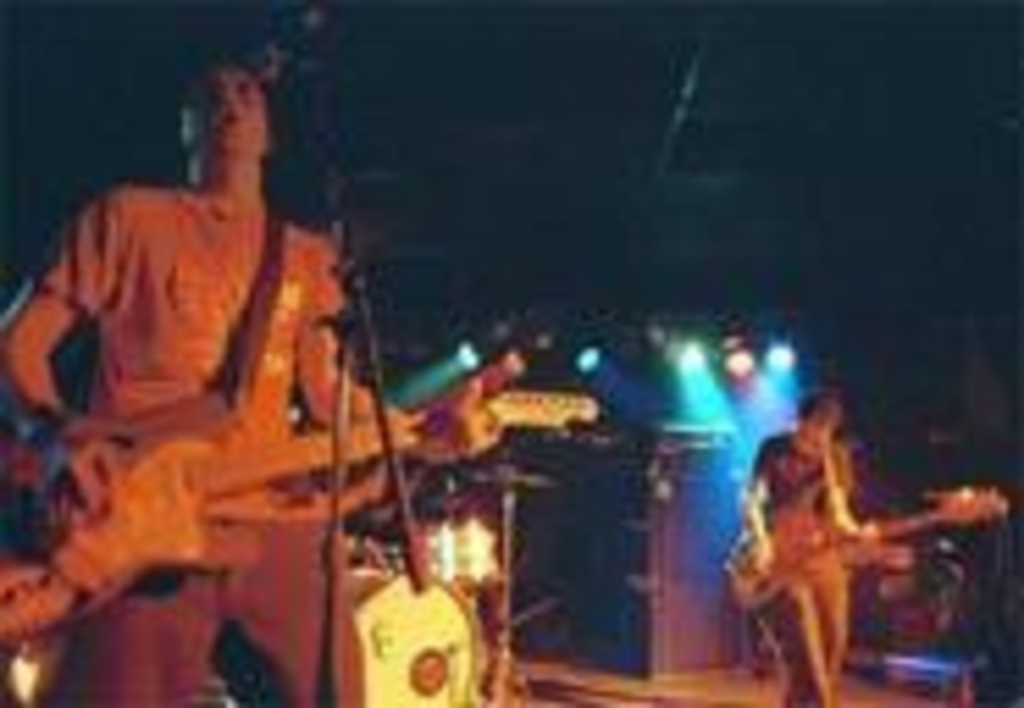 Even though Saturday’s local music extravaganza at The Bottleneck was billed as Reflector’s last show, this was arguably Kill Creek’s night. Fans appeared restless during The Casket Lottery‘s opening set, suggesting that a large percentage of those in attendance had Kill Creek on the brain. That’s too bad, because this group has stumbled on a style that’s more refined than the usual uninspired offerings from modern-day Slint interpreters, and its palatable lyrics provide refreshing respite from the ivory-tower semantics in which most would-be college-rock bands revel.

Compared with the polite response the Casket Lottery and Reflector received at various points in their sets, the chorus of cheers that greeted Kill Creek sounded like the work of starstruck ‘N Sync admirers. Unfortunately, Kill Creek wasn’t really in sync through its first few songs, which seemed to reinforce Scott Born’s assertion that people come to see his band for the same reason they go to Indy Car races: They can’t wait for the wheels to fall off. But as is the case at real ‘N Sync concerts, the love-blinded fans could have cared less about the quality of the performance, as evidenced when Born stumbled over his lines and the devout folks in the front row kept right on singing. That was the extent of the audience-participation section of the show, as request after request was turned down before Born finally revealed that the set list “has been digital for two weeks.” This etched-in-stone list proved to be Kill Creek’s biggest asset, touching equally on all epochs for the benefit of Creek-heads old and new. The group reserved a special spot for Proving Winter Cruel and the single “Unsteady,” which is still the biggest crowd-pleaser.

Kill Creek is a difficult act to follow, especially for a band playing its last show after a less-than-amicable breakup. At the beginning of Reflector‘s set, all this angst seemed to be working in its favor, as it often has during the group’s cloudy history. The intensity on the stage was audible in the crashing and thrashing instruments, and all that chaos came together beautifully in the first half of Reflector’s show. It brought to mind The Regrets, who always managed to put on such an amazing “last show” that they would inevitably be talked into (or talk themselves into) doing it all again. Alas, the Lawrence-based trio played on, throwing in some ancient cuts to complement the excellent material from Where Has All the Melody Gone, and by the end of its set the fact that these boys didn’t want to play together anymore was as obvious to the remaining fans as it must have been to the band. There was no encore, no grand send-off — just a round of applause for a group that displayed, for one last time, both its amazing cohesiveness and its crippling incompatibility.