Reflections on the fly 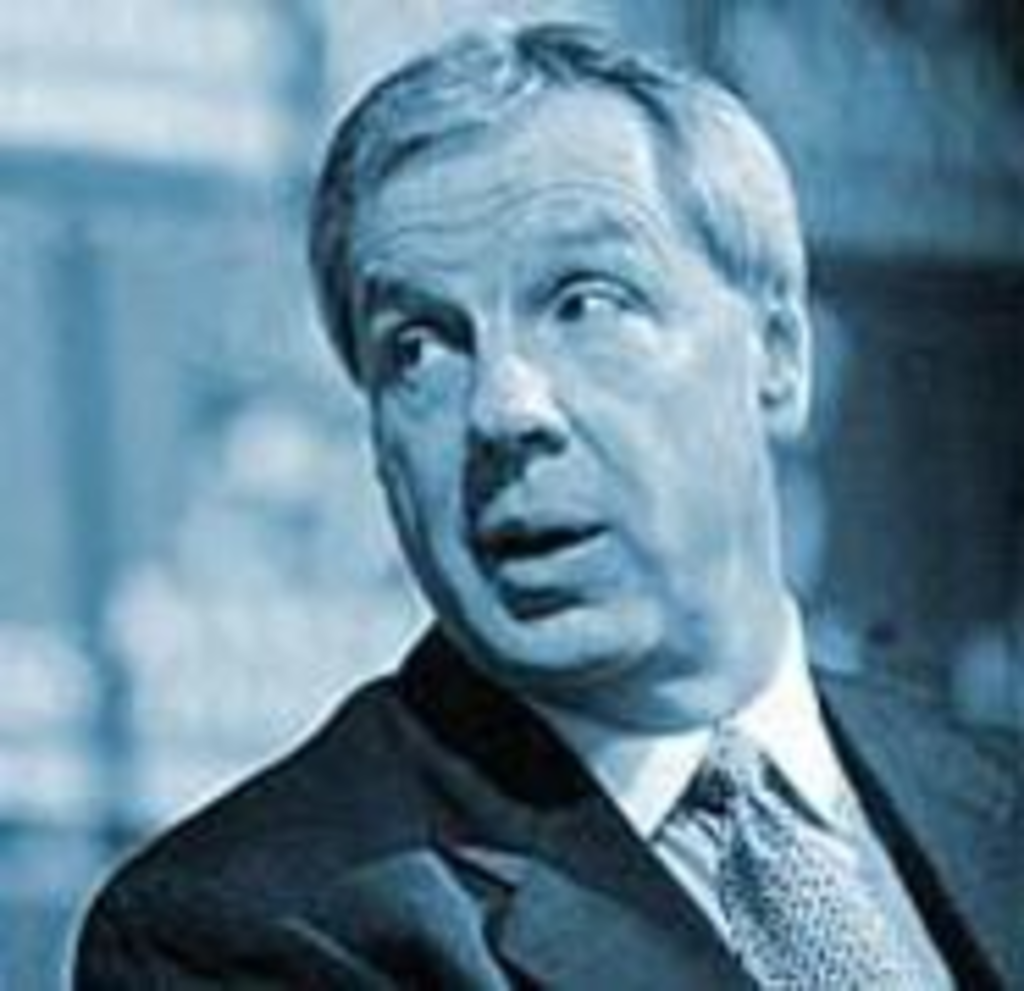 Where do you start when:

ð The Dallas Mavericks hire one out-of-work NBA player by the name of Dennis Rodman. The Mavs are getting used to having an owner more interested in winning a few games than in arranging new arenas and real estate deals. This attitude earns new owner Mark Cuban the humanitarian of the year award. Because of Cuban’s compassion, Rodman didn’t have to miss the Super Bowl and won’t have to endure cruel and unusual punishment, like, uh, having to practice offense or showing up at the same time as other players. Rodman should be in heaven; he will not only be back near the neighborhood where he grew up but also close to Mary Kay’s international headquarters.

ð This year’s Super Bowl pitted two teams that have moving vans as their logos. The city sections of the Rams’ and Titans’ signs are attached with Velcro to make for easy changes the next time a city offers a bigger, better stadium deal, ignoring loyal fans who supported a mediocre team for years. Look for one of these teams to move to Atlantic City, where the entire stadium will consist of one giant luxury suite owned by Donald Trump.

ð While we’re on the subject of the Super Bowl … incredibly the game lived up to its hype; the fourth quarter was as exciting as we’ve seen in 34 years. This year, for a change, people might be found at the water cooler chatting about the game instead of the game’s commercials, even though the one about deftly herding the (wild)cats was pretty clever. (Insert Tom Asbury joke here.) But the halftime! What was that, the Chernobyl marching band? I’d rather watch the Marching Cobras any day.

ð We already know the Super Bowl won’t be on ABC next year, and perhaps the Rams won’t make it again. That would ensure that we wouldn’t once again overdose on Mrs. Kurt Warner and Regis.

reason he’s a big hero. Iron(brain) Mike spent more time in customs than he did in the ring. Why do people continue to subsidize Tyson’s traveling circus?

ð The Blades were drooling over Oklahoma City, which features oil wells in every motel parking lot and a world-class cowboy museum. These characteristics make the city a natural for hockey — that is, if you like hockey WWF-style. God bless the Blades fans, who continue to support a team whose owners have made it clear that they can’t wait to pull up stakes and head to the nearest sports venue where they might break even.

ð The Wizards are about to begin training camp, having ended the 1999 season about two weeks ago. The past season began with the inclusion of the league’s two best-known players plus the best-known coach. One player, Tony Meola, had his season wiped out by injuries. Another player, Alexi Lalas, found his season so inspiring that he retired. The coach, Ron Newman, found himself off the sidelines and at his home in Overland Park, mostly due to the disastrous reign of the other Newman, Doug, no relation, who GMed the team to the bottom of MLS attendance and out of the playoffs. Now that Newman is also history.

ð The Royals held a mini-camp in January, causing several sports fans to be hospitalized for disorientation. Baseball in January? Why not, when you have the NBA and the NHL in June and college football in August?

ð Area folks reportedly lost $65 mil at the casinos this year, which explains why they collectively spent about 50 bucks attending Blades, Attack, Wizards, and UMKC games. Oh well, fans won’t have to worry about spending all of their hard-earned money at the Big 12 basketball tournament, which will no longer be held here annually, as the Big 12 power shift to the south continues.

ð Speaking of the Mavericks, Deion Sanders is seriously looking to fill his spare time. When he’s not patrolling the field for whichever NFL team bids the highest or the vast outfield of whatever sponsor’s moniker is on where the Reds play these days. He is thinking about doing time as point guard for the Mavs, who are trying more seriously to live up to their name. Sanders says he could provide 10 assists per game. He’s also looking at simultaneously serving as TV analyst, trainer, and hot dog vendor.

ð Is it the eclipse of the moon? How else could Winthrop, which should be the name of a nerd in Dobie Gillis, not a hoops powerhouse, fall to basketball legends, such as the Radford Highlanders and the Fighting Camels of Campbell, but handle MU in Columbia? That’s more than KU could do, allowing the Tigers to hit more three-pointers than Larry Bird could at an NBA all-star halftime contest.

ð Was it nationally ranked KU that also fell to the Cyclones in Iowa and suffered a bludgeoning in Stillwater? Maybe this explains the frenzy level at Allen Fieldhouse, where it looked more like a crowd listening to Steve Forbes deliver a three-hour lecture on the flat tax than watching the Jayhawks handle Colorado. By the way, don’t blame this on Roy. Attention KU fans: You can’t win 25 games every year! And maybe for a change the team will peak in March instead of December.

ð Did the Detroit Tigers really give Juan Gonzalez $140 zillion to do his thing for the next 100 years in Detroit? The majors’ latest DB (designated billionaire) is already 31 and probably has only one or two great seasons left in him, at best.

Judy have in common? They both got paid a hell of a lot to sit on a bench.

Wish I’d made that up.