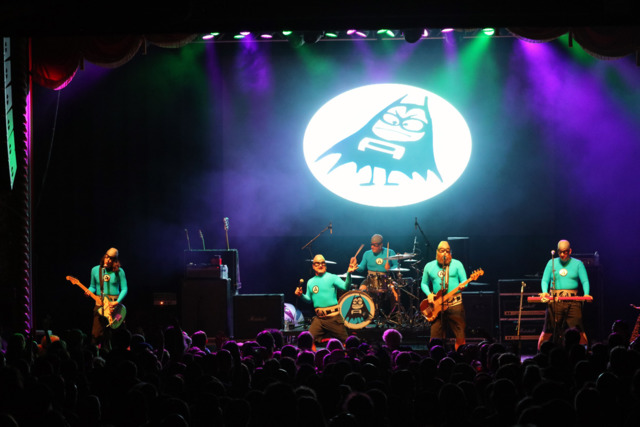 “I feel like this was our high school experience,” a friend posted on Facebook regarding Friday night’s ska show at the Uptown. I couldn’t disagree. There was a time in my life where I was attending a ska show of some sort in Kansas City or Lawrence every single weekend. That’s less true nowadays, so it was nice to see a new crop of kids in the crowd on Friday. 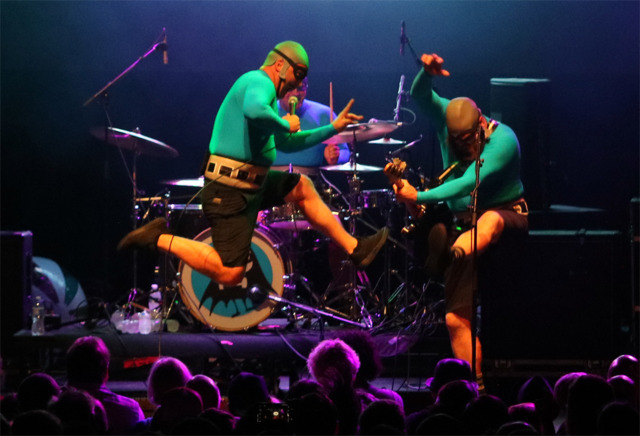 Not just teenagers, either, but actual little ones, as young as four or five years old. They were singing and dancing and generally losing their minds. Credit The Aquabats! Super Show!, which pulled in the Yo Gabba Gabba crowd and turned them into ska-loving, mask-wearing superfans. 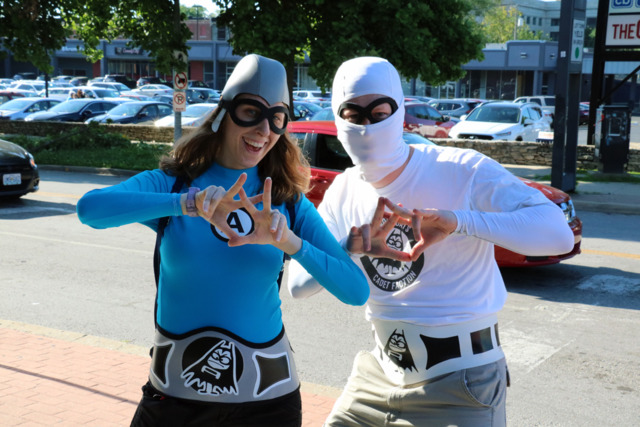 It was, of course, adorable. When you’ve got the MC Bat Commander chucking kids into the audience to crowd surf atop inflatable slices of pizza, the spectacle almost took over from the music, but despite the video screen, props, and general nonsense, the Aquabats’ set ended with the one-two punch of “Super Rad,” featuring the Reel Big Fish horns, and the insanely upbeat “Pool Party,” which had something like two dozen kiddos all bopping their little hearts out onstage. 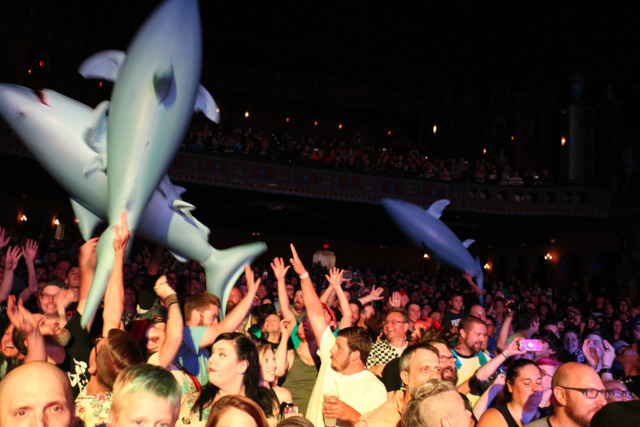 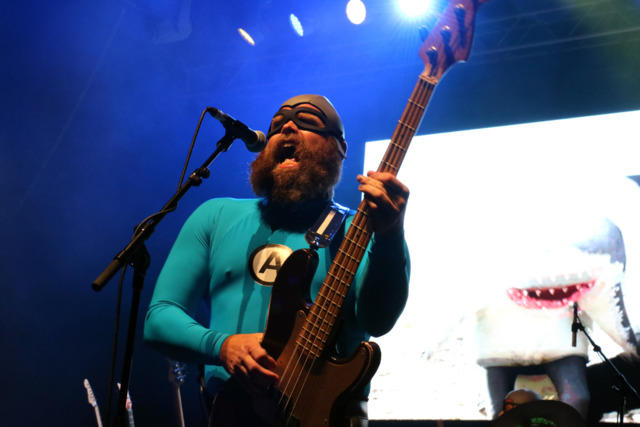 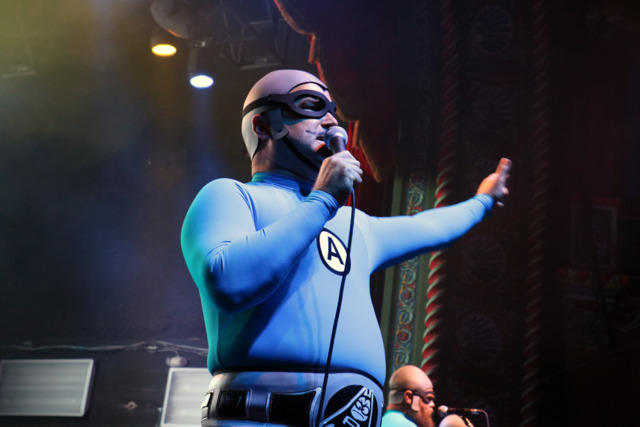 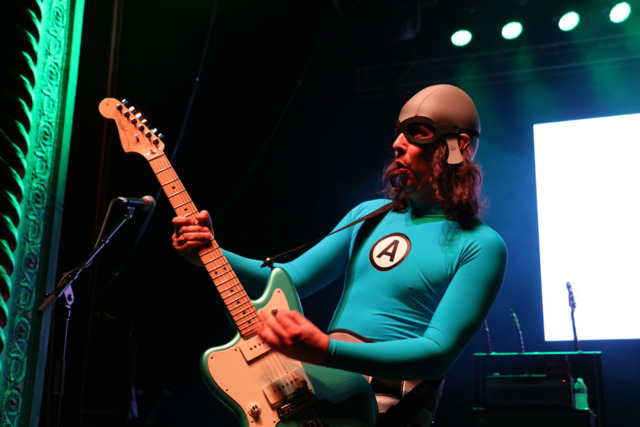 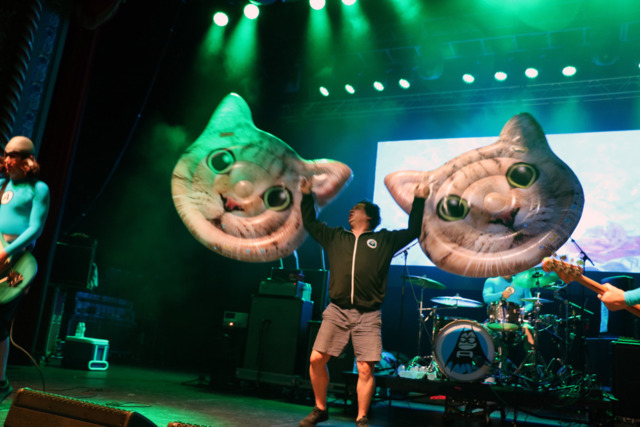 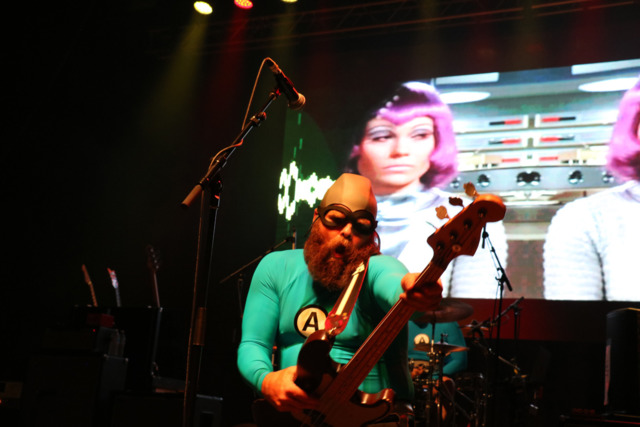 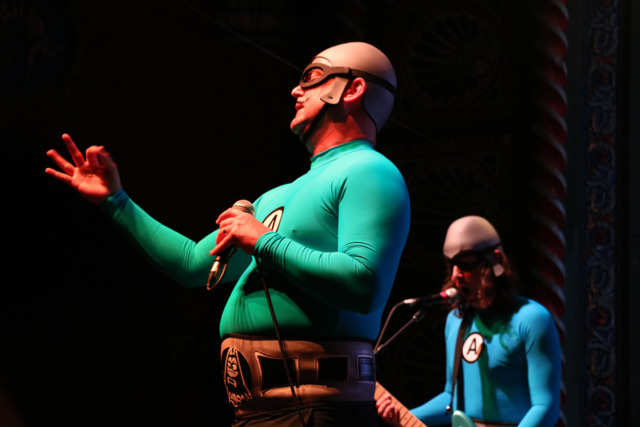 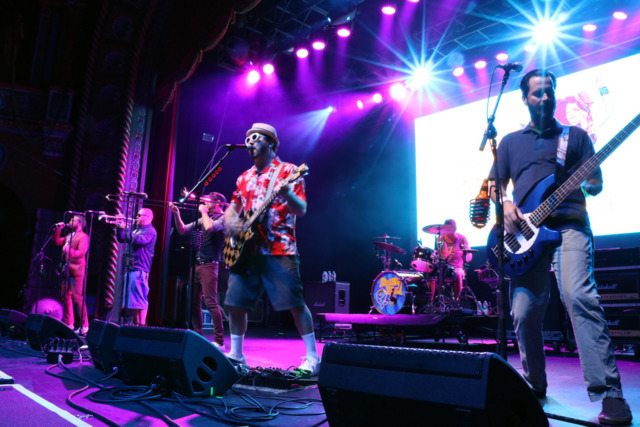 The little kids cleared out after the Aquabats, leaving Reel Big Fish the freedom to throw in the occasional swear word. RBF is touring in support of a recent album, Life Sucks…Let’s Dance!, which is one of the more vibrant releases the venerable ska punks have put out. Cuts like the title track and “Ska Show” are more positive than the usual RBF fare, looking for the silver lining, rather than focusing on the cloud. 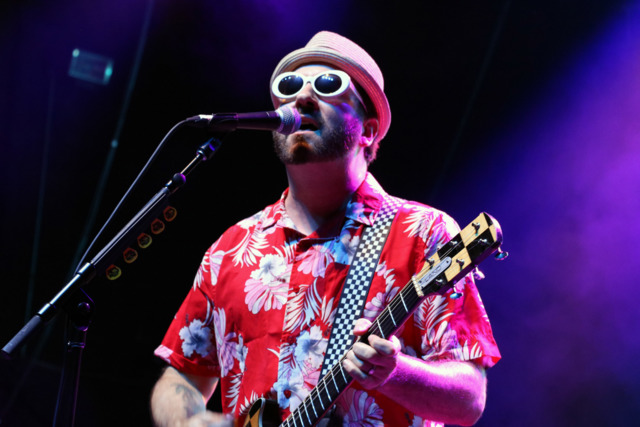 There were quite a few ’80s covers Friday: the Aquabats’ drummer Ricky Fitness knocked out a solid, if shortened, version of the Outfield’s “Your Love,” and Reel Big Fish did Journey’s “Don’t Stop Believing” and A-ha’s “Take On Me.” It all had a for the family feel, but in the truest sense of that phrase: there was something for mom, dad, grandparents, and kids. 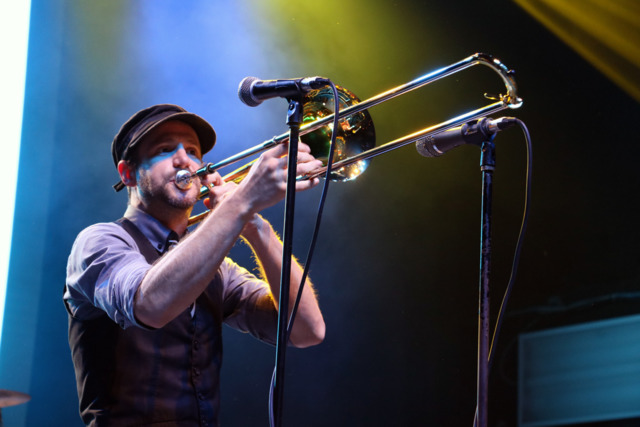 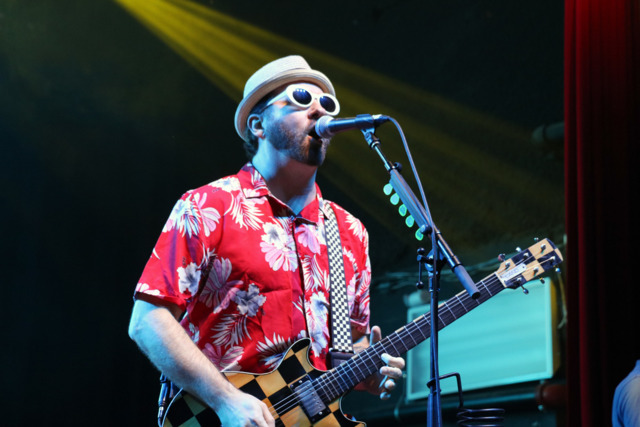 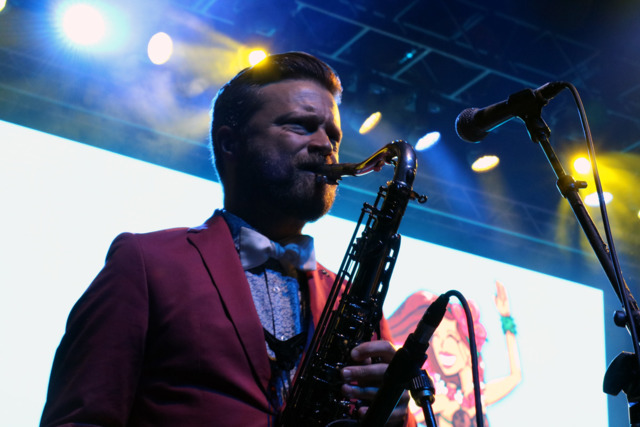 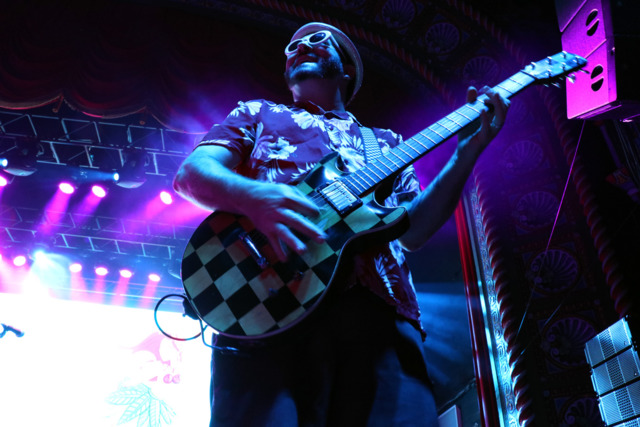 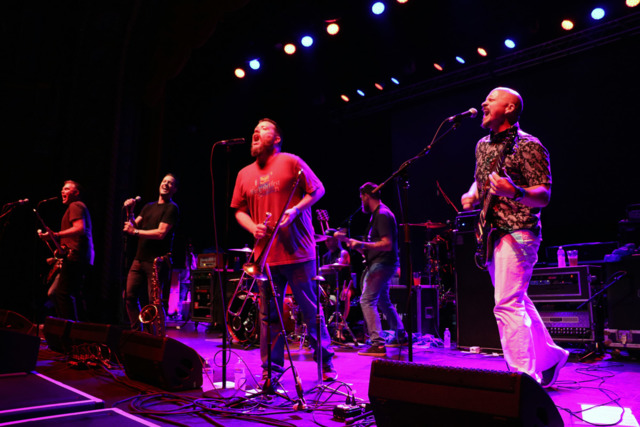 Kansas City’s Six Percent opened the show with a hard-rock-and-horns sound. The band is intense and fun, and while not as danceable as the headliners, the audience response was pretty favorable. Some iteration or another of Six Percent has been opening shows since the days of Gee Coffee, making its appearance on the bill one more connection to the glory days of checkered Vans. 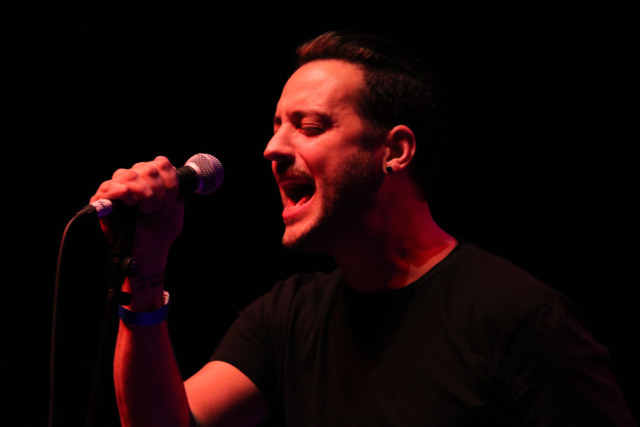 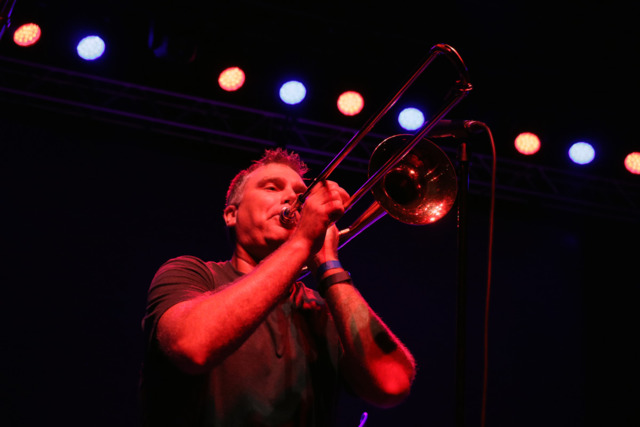 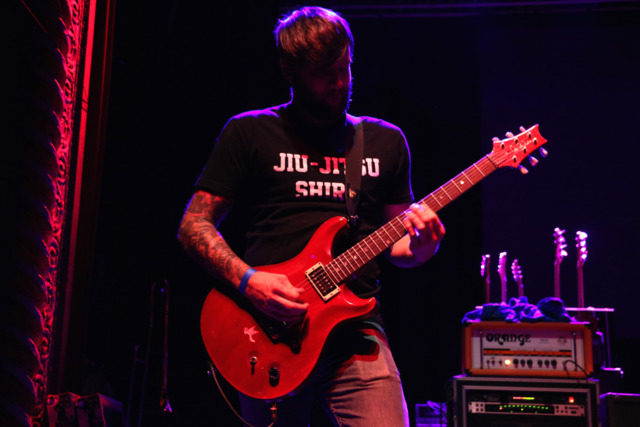