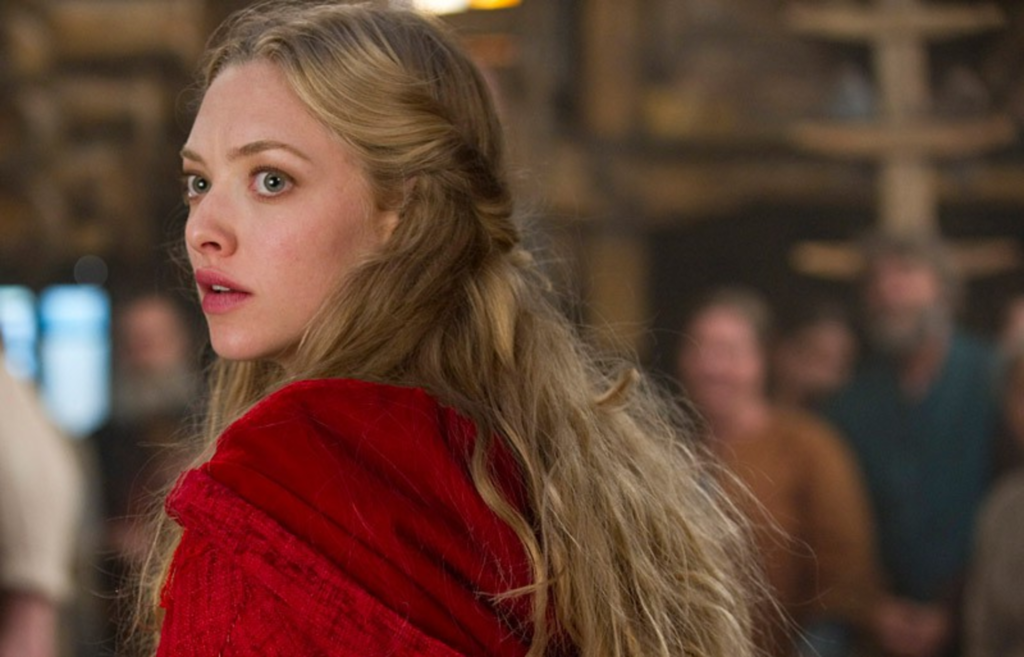 In a wintry woodland in an unspecified time long, long ago, teen beauty Valerie (Amanda Seyfried) is arranged to marry brooding, hunky, rich dude Henry (Max Irons), but she’s plotting to run away with brooding, hunky peasant Peter (Shiloh Fernandez). Then — bummer! — Valerie’s sister is eaten by the werewolf that besieges their village, thus forcing our heroine to weigh her own budding libidinal desires against supernatural forces beyond her control.

Sound familiar? Directed by Twilight franchise launcher Catherine Hardwicke and shot on clunky-looking sets embellished with garish digital effects, Red Riding Hood is a cheap attempt to cash in on that vampire series’ massive success. RRH, like the Twilight movies, is geared to the just-pubescent demographic. Hardwicke lovingly shoots a medieval bacchanal as if it were a movie prom, while Valerie’s encounters with the CGI wolf are cartoonish when they should be chilling.