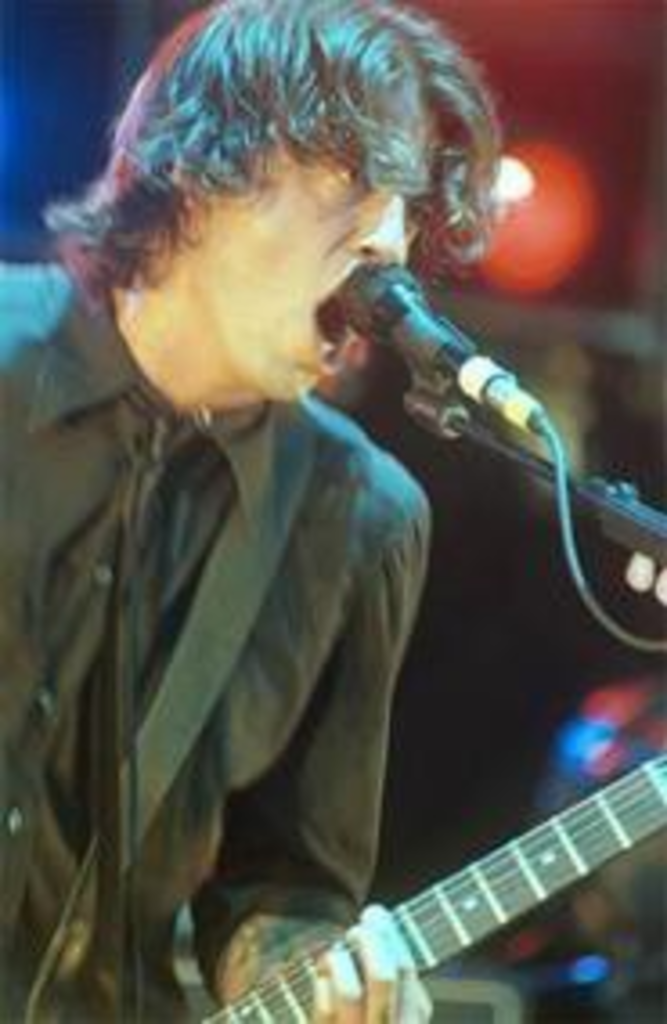 The Red Hot Chili Peppers have always been a spotty live band. Whether they were strung out on heroin, infighting, or whatever, the Chilis could unite the universe and align the planets one night and the very next suck shit through an amusing novelty straw. Sure, they’re always energetic, but colorful shit is still shit. That said, the return of John Frusciante has been a godsend for the band — it was well worth the trouble to pull him out from under the bridge, so to speak. What he adds to the lineup cannot always be assessed on paper, but the band just seems to work better with Frusciante, its best guitarist since Hillel Slovak died of a drug overdose in the late ’80s.

The Peppers opened on a high note with “Around The World,” from its excellent 1999 release, Californication. There were a few missed cues between bassist Flea and Frusciante, but after shaking off this first-song rust the group settled into a playful, funky groove for the rest of the evening. Flea and drummer Chad Smith proved the Peppers were on the same page when they jammed for an extended period during the Bob Dylan cover, “Subterranean Homesick Blues,” after Frusciante broke a string. This tune was one of three selections from the band’s 1987 album, The Uplift Mofo Party Plan, as the Peppers injected a healthy dose of old-school flavor into their 17-song set.

The Chili Peppers dressed in a relatively tame fashion, eschewing flaming headgear and light-bulb-themed ensembles, but this doesn’t mean that the group didn’t provide visual stimulation. In the background were a collection of television sets broadcasting vignettes from documentaries, wildlife shows, and freaked-out cartoons, as well as three liquid-crystal video screens that delivered vivid imagery.

Still, on this night, the focus was on the music, and the Peppers fared well under the scrutiny, closing an amazing evening with the deranged funk of “Sir Psycho Sexy” and the inspired covers “They’re Red Hot” (Robert Johnson) and “Fire” (Jimi Hendrix).

The Foo Fighters opened for the Chili Peppers, but the comparative crowd response suggested otherwise. While many of the fans undoubtedly would like to be a Pepper, being a Fighter seemed to be at least an equally appealing prospect, and Dave Grohl and company didn’t disappoint their vocal following. The band opened with the high-energy “Monkey Wrench,” and barely stopped during the subsequent nine songs to catch its breath, unless Grohl’s midsong ventures into the audience, up the light poles, and over to the concession stand qualify as leisure time. As the group wrapped up “Stacked Actors,” the chaotic opening track from its latest album, There Is Nothing Left to Lose, Grohl climbed behind the kit, switching places with Taylor Hawkins, who shouted out the remaining lines.

Led by the rambunctious Grohl, who explained he was there to “make sure you are all a part of the magic, to make sure you are all entertained,” the Foo Fighters were on fire. The powerful tunes were enough to please the crowd, but the group’s trademark ironic voice was there for those who cared to search for it. For example, after the aforementioned “anything for the fan” speech, Grohl launched into “I’ll Stick Around,” which features the chorus “I Don’t Owe You Anything.” Cheeky bastard.

The evening’s opening act, Blonde Redhead from New York City, was new to the lineup, with the Kansas City show representing its first stop. Unfortunately, they did not perform at the level of their better-known tourmates. Equal parts Pussy Galore and Sonic Youth, the band emphasized style over substance, managing to be gritty and abrasive without offering enough melody or musical insight to allow listeners to overlook the annoyance. Blonde Redhead locked into a few nice grooves, but singer/guitarist Kazu Makino then fouled it up by howling like Yoko Ono in heat. It’s commendable that the Chili Peppers attempted to broaden their fans’ musical horizons, but maybe next time they could select a band that won’t provoke irritated listeners to run screaming from their seats.

Downtown KCK (at last) welcomes an enviable grocery store, the Rieger returns, and a new ice cream shop to try