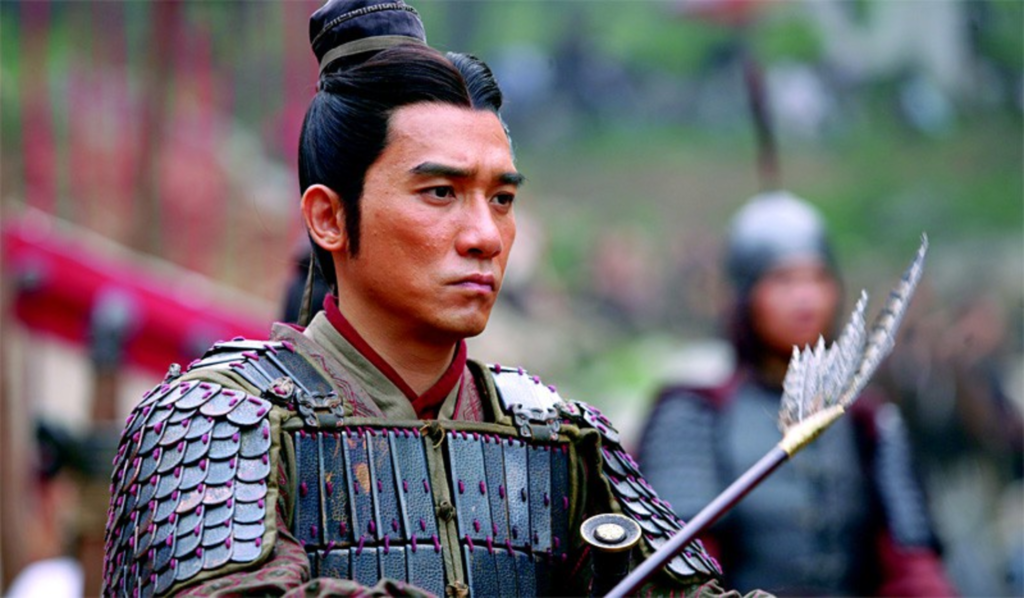 After a decade navigating Hollywood, John Woo returned to China to make his latest film but scale back he did not. The most expensive movie ever produced in that country and also the biggest, Woo’s Red Cliff is a third-century battle royale with phalanxes of horsemen and armadas of battleships stretching as far as the eye can see. The source material is an 800,000-word historical novel, Romance of the Three Kingdoms, written in the 14th century and as deeply embedded in Chinese folklore as Shakespeare is in the West. Weakened by corruption and civil war, the Han dynasty has fallen under the sway of a Machiavellian prime minister, Cao Cao (Zhang Fengyi), who convinces the ineffectual emperor to wage war against a pair of “insurgent” warlords. They in turn form a tentative alliance and — outnumbered by several hundred thousand — prepare to face off against Cao Cao’s imperial army at the titular Yangtze River locale. Shorn by nearly half its running time, the “international” version of Woo’s film may not be a murdered masterpiece, but it’s unquestionably a lesser thing, saddled with an introductory voice-over and unnecessary supertitles, and stripped of most of its character-building scenes. Still, all is not lost: In both cuts, Red Cliff exudes a physical grandiosity that few movies of the past 20 years have attempted. Perhaps Woo saw something of his own recent career in the giant-slaying resolve of these underdog warriors. In any event, he lives to fight another day.