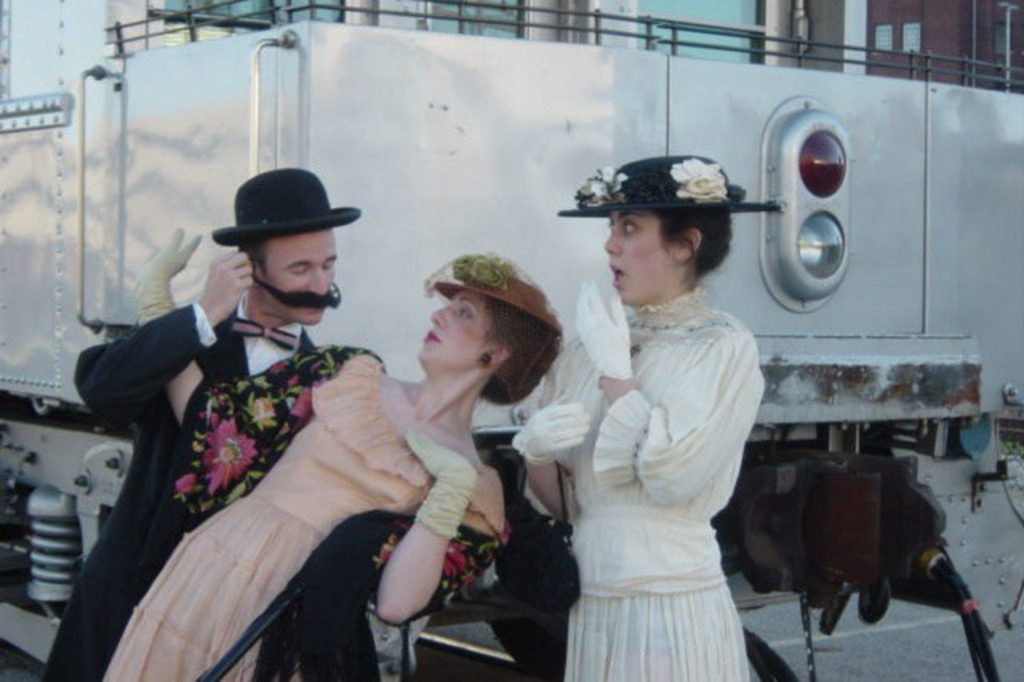 The New York Times report from May 31, 1903, on flooding in Kansas City included this headline: “20,000 MADE HOMELESS.” The article describes how “wholesale and railroad districts were covered with water to the depth of from six to twelve feet” and how the city “faced famine and disease” and “authorities were forced to give orders to shoot thieves and firebugs on sight.”The catastrophic flood, which sounds now a lot like a Katrina story, forms the backdrop for Mighty Muddy Murder. The comedy-slash-mystery is the latest offering from the Mystery Train, a local dinner-theater company whose past productions include Terror on the Toyland Express; Sax, Violence and All That Jazz and other plays by Kansas City authors. Mighty Muddy Murder was written by Philip blue owl Hooser, whose well-rounded résumé includes children’s plays and collaborating on Late Night Theatre’s James Bond spoof, Shocktopussy.Audience role-play begins at 6:30 p.m. at the Hereford House (2 East 20th Street); the dinner and show start at 7 p.m. The $59 fee covers your dinner, the show and a tip, but drinks are extra. Reservations are required; call 816-813-9654. The production runs Thursdays, Fridays and Saturdays through August 23.