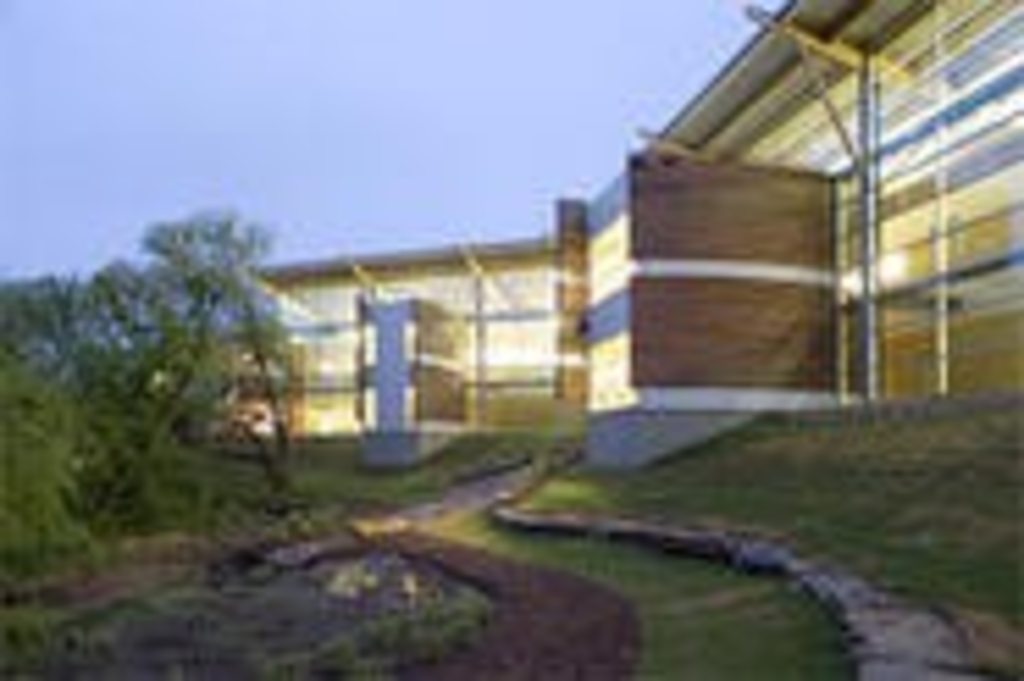 For five years, it has supposedly been official Kansas City, Missouri, policy to make sure that new public buildings are environmentally friendly. In 2002, the city adopted construction standards set out by the U.S. Green Building Council, which awards coveted certifications for meeting LEED (Leadership in Energy and Environmental Design) standards.

These days, LEED buildings are breaking new ground across the metro. The new IRS Building downtown and the Environmental Protection Agency office in Kansas City, Kansas, have been certified. A 128,000-square-foot office building in Johnson County earned LEED Gold certification (the second-highest available, after platinum), and Stanley High School in North Kansas City is aiming for Silver status. In the private sector, J.E. Dunn Construction announced that plans for its new downtown headquarters were designed with Silver or Gold certification in mind.

But even though it was among the first cities in the country to adopt LEED standards, Kansas City has been slow to go green — so slow that it’s going to take a $150,995 contract with a local architectural firm to finally speed things up.

When the county was looking to get out of leased office space back in 2003, Angrisano says, he suggested the green building as a way to save money, not the environment. County commissioners were sold on his pledge that the environmental standards would return a dramatic payback on investment. The project came in on time — and within its $30 million budget.

“It’s our estimation that the Sunset Drive Office Building cost somewhere between nothing and 2 percent additional to be green, compared to other recently built county buildings,” he says.

During construction, contractors recycled every scrap of drywall and steel, slashing the amount of waste from 90 Dumpsters to 10. In the parking lot, islands capture oil-infected storm water and direct it through ponds that filter out pollutants.

The building is sleek and inviting. Inside, one lobby wall is cedar from an old naval air station; the terrazzo floor’s speckled with blue and green recycled glass. Restrooms use waterless urinals and toilets flushed with water cycled from the showers in the locker room. An indoor stream babbles through the foyer, fed by water runoff from the roof.

Office spaces are awash in natural light, even on a cloudy January day. Overhead lighting sensors detect the amount of sunlight and automatically dim the fluorescent bulbs, reducing electricity costs. Instead of an overhead ventilation system of snaking ducts and rattling grates, air circulates through a raised floor, and employees can adjust vents under their desks for their own comfort — cutting heating and cooling costs by 30 percent.

“People hear ‘green building’ and they may think cha-ching — it costs a lot,” says Chris DeVolder of 360 Architecture, who led the Johnson County project. “But it doesn’t have to. It was all common-sense stuff. Nothing that we did in Johnson County was cutting-edge or bleeding-edge. It was all off-the-shelf technology.”

As the co-chair of Kansas City’s Environmental Management Commission (a mayor-appointed citizen committee), J.C. Alonzo has preached that same story to the City Council for six years.

In December 2001, the council asked the city manager to consider adopting LEED standards. In 2002, it passed a stronger rule to try to meet LEED Silver standards for all new buildings and major renovations owned by the city.

But that goal applies only to publicly owned buildings, not city-funded projects such as the KC Live Entertainment District, says Sean Demory, a public information officer for Kansas City’s Capital Improvement Management Office.

Since 2002, the city has initiated 24 new buildings and renovation projects. Much of that work, Demory says, fell “outside the scope” of the LEED measure. Those projects were still conducted, he says, in “as environmentally aware a manner as possible.”

One notable exception is the Sprint arena. In September 2004, Bob Berkebile, a member of Alonzo’s commission and a founder of the green-minded BNIM architecture firm, told The Kansas City Star that the arena would be built with environmental attributes. The city selected an architectural firm — HOK Sport+Venue+Event — that is now working on LEED-standard stadiums for the Minnesota Twins and the Washington Nationals, both of which are hoping to earn first-green-arena bragging rights.

Kansas City missed its chance at that claim.

“We had hoped to do better in terms of the green aspects on the arena but encountered a lot of issues,” says Assistant City Manager Rich Noll. “And to be very honest, we got very focused on value engineering and getting it out of the ground and didn’t pay sufficient attention to all the green elements.”

At the same time, the council tried again to strengthen the green mandate. In late 2004, it passed an ordinance requiring that all new facilities and major renovations be built to LEED Silver standards.

The goal stalled until a year ago, when Dennis Murphey took over as the city’s new chief of environmental quality. By late summer, Murphey was meeting with the Capital Improvement Management Office to figure out whether current projects could meet that standard.

This past October, the city cited nine projects that had been designed to, or might have complied with, Silver standards. By last week, a third of those projects — two fire stations and the new Shoal Creek Patrol Station — were no longer on the list.

The most touted project — the Bartle Hall ballroom expansion — may not meet the Silver standard, either, says Phaedra Svec, a BNIM architect who has consulted on that project. She stresses that there’s a big learning curve when it comes to meeting LEED standards. But, she says, “Once you have more knowledge how to do it, it’s really not that difficult.”

The U.S. Green Building Council reports that 48 other cities have adopted green building mandates. So what does Kansas City have to do to catch up?

Pay an outside firm to study the problem and recommend a solution, of course.

Meanwhile, back in Olathe, Angrisano says Johnson County is planning a green roof on the new County Communications Center, an environmental approach to a 416-bed jail expansion in Gardner, and eco-minded renovations in four existing buildings.

“The techniques are not exotic,” he says. “Anybody can and should do this.”