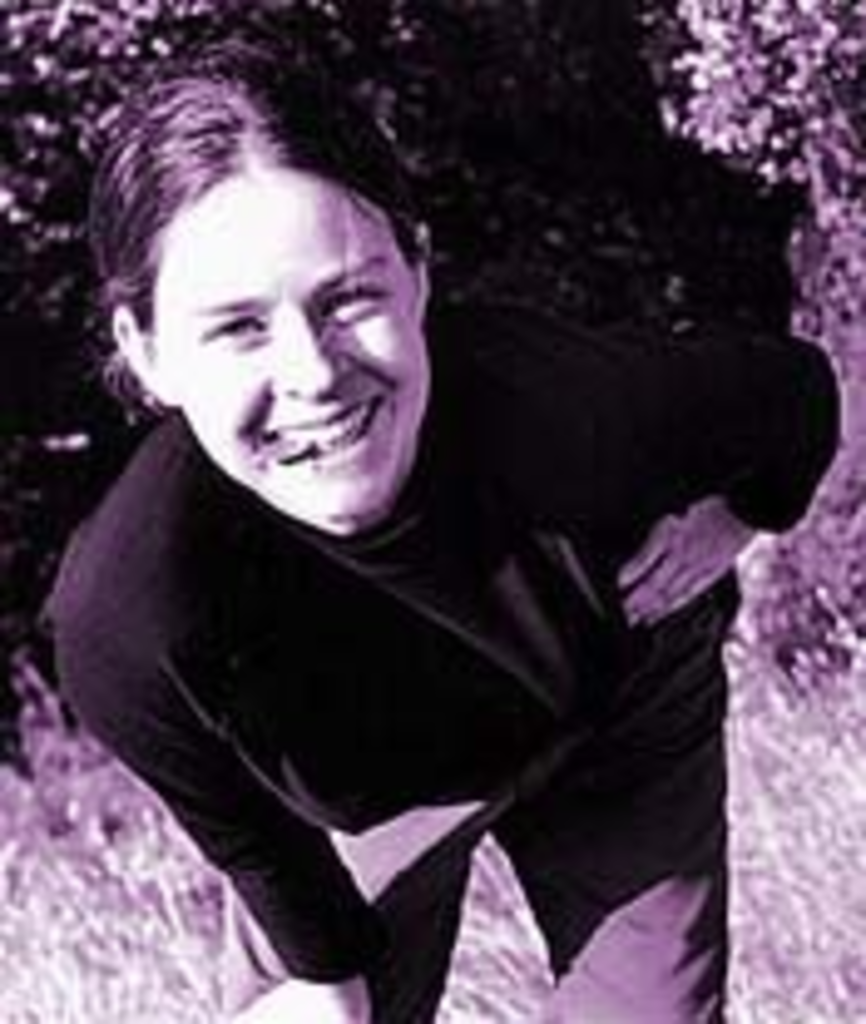 No matter how much attention such contemporary artists as Jewel, Beth Orton, and Ani DiFranco receive for their diverse contributions to folk, the genre will always, in the minds of many, conjure up images of hippies, protests, and rebellion. Although the personal has largely replaced the political in terms of subject matter, the movement itself retains a certain unique sense of independence, with many of its artists continuing to value strong lyrics, a personable stage show, and solo performances over image, gimmicks, and band support. Performing in coffee shops, bookstores, and churches across the nation are such musicians as Allette Brooks who tour from city to city carrying only an acoustic guitar, relying on the kindness of strangers and distant acquaintances.

“Occasionally I’ll have a friend along to sing some harmonies with me, but I’m not really in a position at this time to tour with additional musicians,” Brooks says in a phone interview from a friend’s house in Chicago. “It’s nice to know that I can just pick up my guitar and tour and that I’m not reliant on a band, although it’s a wonderful gift to get to play with other people.”

Brooks experienced this gift while recording her most recent album, Silicon Valley Rebel, as guest artists Paulo Baldi and Tony Khalife donated their guitar, bass, and percussion skills to her original songs. Brooks was responsible for all of the instrumentation, recording, mixing, and mastering on her debut album, Privilege.

Lyrically, Silicon Valley Rebel ranges from personal statements to emotional examinations to a stunning character study (the title track tells the story of an outspoken feminist who lends her “rebel yell” and computer skills to a corporation in return for 30 dollars an hour for 30 hours a week with full benefits). Brooks says that her fans seem to find this song’s message relevant to their lives.

“It amazed me as I drove across the country how much people everywhere could relate to that song,” she says. “It’s not just about Web page design. It’s about working in the corporate world and not quite fitting in, or knowing someone who does not quite fit in, someone who challenges things.”

Brooks says the song is a true story, though it’s not about her, as she says people often assume. “I don’t know anything about html,” she confesses. Also, with a touring schedule that has her on the road until well into October, Brooks has little time to fit in a 30-hour-a-week job. However, like an office position, the life of a touring musician presents its share of ups and downs.

“I do have some bad experiences at shows,” Brooks says. “I can think of two or three out of the last 100, mostly due to external circumstances, like it was 110 degrees and the show was outside, or the person running the show was not very nice. But even if there aren’t that many people at a show or if something is horribly wrong, I think there are lots of ways to create a great experience for both you and the audience. If you have a strong connection with the audience and with the people working the show, that interaction alone can turn it into a great show.”

Brooks enjoys sharing such tips on touring with the regional artists with whom she is often paired on her trek across the country. “Before I started, it was this big, enigmatic thing,” she says of planning a first tour. “I like talking to people about it and answering their questions so they can see that door opening for them, potentially. Also, I feel like I still have a lot to learn from other musicians who have been touring longer. There’s definitely a chain, which I’m part of, of passing on information and assistance to other musicians.”

After more than a year of solid touring that has taken her from her home state of California to the Northeast, Brooks has passed through Kansas and Missouri more than once. Her visits to both states left some indelible memories.

“One of the most unique shows I’ve ever played was out at an eco-village called Dancing Rabbit in northeast Missouri, near Kirskville,” Brooks recalls. “They were having a Land Day celebration, so I played a show in their big outdoor kitchen, and the backdrop was a bunch of straw bales.”

Brooks also remembers Lawrence vividly, more for the people she met than for the venue at which she played. “Everyone there was so welcoming,” says Brooks, who ended up bunking with her opening act, Becky & Melineh. “There’s really a great climate there, and I don’t mean temperature. I’m excited to be coming back.”

Those who caught one or both of Brooks’ Lawrence performances last year will be treated to a slew of new songs; the prolific writer has started to plan her third album and likely will test out her freshly penned tunes in front of her fans.

“I’m definitely always on the lookout for ideas or little phrases or mixes of words that I think are interesting,” she says. “I never know when I’m going to start writing. Traveling stimulates me to write, but the inspiration could happen anywhere. Writing is just listening to what’s going on in my brain and focusing it and creating a picture from it.”

Brooks says she’s been writing and singing for as long as she remembers, which explains her seasoned hand at poetry and her impressive vocal range that extends from sublime high notes that reveal her classical training to a sassy spoken delivery that hints at a working knowledge of the Righteous Babe catalog. However, the guitar is a relatively new addition to her artistic arsenal.

“I was in Botswana studying abroad with a group of students, and we all chipped in and bought a guitar,” she says. “I decided that when I got home I’d get a guitar and practice every day, and I did. It was an amazing thing. It was the first time I really had the discipline to practice something, and I think it paid off. It wasn’t hard to practice, either. Something about the guitar really intrigues me.”

With her deep, rhythmic grooves and catchy fingerpicked melodies, Brooks, like many of her peers, blurs the line between acoustic folk and mainstream singer-songwriter rock, musically as well as lyrically. It’s a mix that endears her to both crowds, letting her pay tribute to the music’s tradition while injecting her own modern touch, all without pandering to popular tastes.

“Being a folk artist, as opposed to being a mainstream pop artist, is inherently political,” Brooks says. “It’s a choice to relate to people on a different level, to be really honest, and to be yourself.”