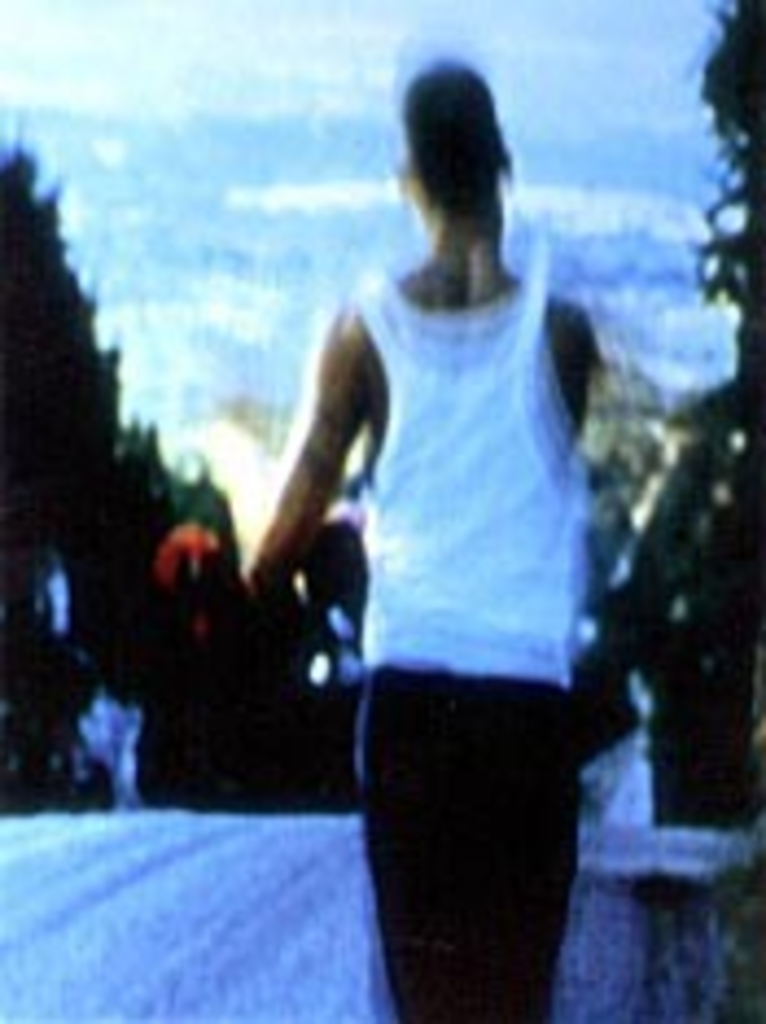 The rules of filmmaking, driven by Hollywood and a voracious public appetite, are simple: Write a good story centered around compelling characters; make this story unfold over approximately 90 minutes; throw in some sex and violence if at all possible; and, of course, compose the film to fit on a single, wide screen. Most directors accept these rules, breaking them only on occasion, but London-based filmmaker Isaac Julien has spent his career overstepping cinematic limitations.

Julien’s films have always played against the mainstream, both formally and with regard to controversial subject matter. Often using his own experiences as a starting point, Julien brings to the fore sociopolitical themes of race, class, and sexual orientation in such works as Territories and Looking for Langston.

Beginning in 1996 with Trussed, Julien began to make films for art galleries and museums instead of theaters. The most striking aspect of these recent works has been the doubling or tripling of the cinematic image, an effect achieved by placing two or three rear projectors side by side. His latest effort, The Long Road to Mazatlan, currently on display at Grand Arts, fits comfortably in its gallery setting as a moving triptych. Shot in San Antonio, this film addresses various suppositions about the American West: loneliness, machismo, and Texas’ unique brand of border culture.

Three screens are mounted seamlessly into a display wall, which dissects the Grand Arts space at a 90-degree angle. Behind the wall, the projectors whir for 18 minutes while one views the film from a gallery bench. Six small speakers deliver the film’s layered soundtrack, a mix of rattlesnake hiss, train whistle, cowboy song, and the like. The three screens function in various ways, sometimes displaying a triple-wide single view of a scene, sometimes repeating or mirroring a scene, and sometimes depicting a scene from different vantage points.

This film has very little dialogue. Instead, it relies on careful location shots and the action of the two main characters to tell a story about seduction and desire. Rattlesnakes slither over gravel roads, freight trains shoot across the middle screen, and both characters appear too gorgeous to be your everyday cowboys. When the character in a white shirt (desire) sits at a safe distance behind the character in black (seduction) at a cattle auction, carefully eyeing his handsome profile and then following him out of the building like a stalker, a homoerotic tension — in the form of a mental shoot-out — ensues.

Not until the Hockney-esque pool scene does one realize that not only are these characters posing as cowboys but that they also are, in fact, professionally trained dancers. Up to this point in the film, the movements have been pedestrian, but when “seduction” emerges naked from the pool — as “desire” sits on the opposite edge and watches — he writhes his back in a slow, choreographed manner.

The sexual tension never breaks, save for a brief moment when “desire” daydreams while peeping at “seduction” through a motel window. After this scene, “seduction” repeatedly draws a pistol, each time saying, “Are you looking at me?” Here, Julien replaces the words “talking to,” à la Taxi Driver, with “looking at,” implying that it is the pointed gaze, not the casual conversation, that is the true threat to masculinity.

When the gunshot finally sounds, it seems to refer to a prevalent thought among men, especially those who live in rural areas, that it’s better to be dead than gay. Given the overtly intolerant culture we live in, it’s no wonder. But the bullet from “seduction’s” gun — whether it ends up as a slug in the motel wall or whether it’s a figment of another daydream — does not kill “desire.” Instead, the last scene presents both characters leaving town, wandering down opposite sides of a two-lane highway. “Seduction” saunters along, self-aware and independent; he takes two steps forward and one step back. “Desire” stumbles and drools, a fifth of liquor in one hand; he takes a swig from the bottle, then shoots out his thumb to hitch a ride.

Julien’s The Long Road to Mazatlan works magic with its triple-screen imagery and potent sound. It also presents a thoughtful challenge to one’s standard views on male sexuality. But some reservations must be held in regard to the choreography. One segment involving both men in the pool works well; it combines a certain synchronization of movement with an intense flurry, but other attempts at stylization fall flat. If there were more such attempts patterned throughout the film, or if they were more carefully placed within its progression, or if perhaps there were none at all and the film relied entirely upon pedestrian movement, then Mazatlan would surely stun from beginning to end.

As it stands, the film still functions both as a unique brand of cinema and as art. Anyone with an interest in experimental film or installation work should plan to attend.