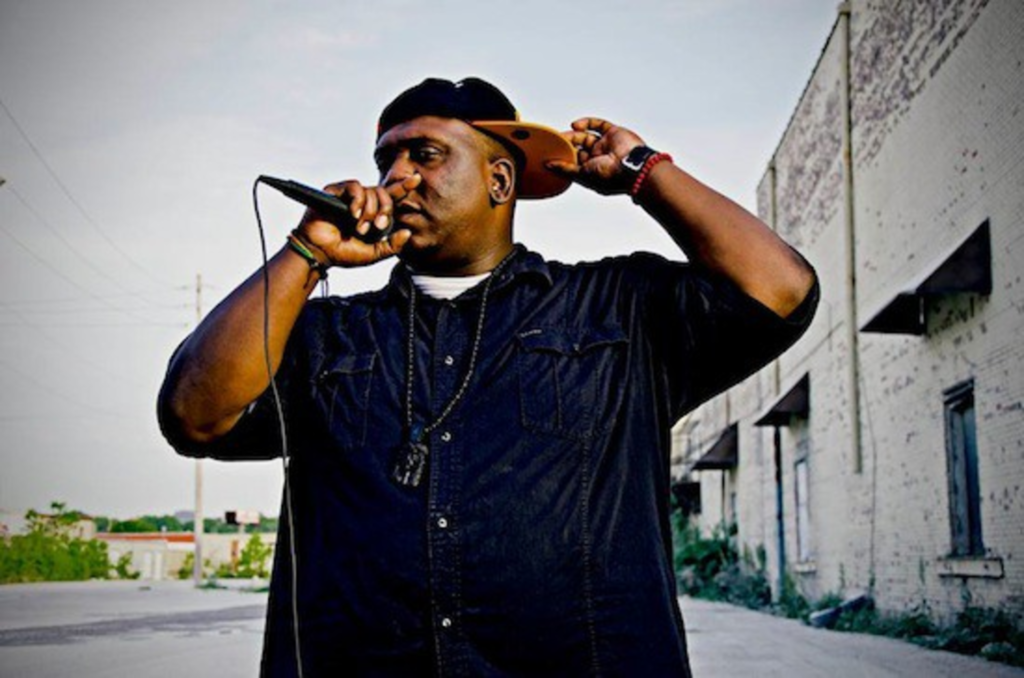 Stacy Smith, better known as Reach, is by far one of the most prolific artists in the city. The dude is always up to something, and it seems that there is no end to his creative output. (One of his songs with Reggie B, “Wrong Girl,” was selected for Marco Polo’s PA2: The Director’s Cut.) Tomorrow night at RecordBar, Reach is debuting a new platform for other artists to get their creative juices flowing, too. He’s calling it Let the Beat Build.

We got on the phone with Reach ahead of the gig to get the details.

The Pitch: So, what is Let the Beat Build, exactly?

Reach: It’s really just a free-form musical jam session, but one that isn’t traditional in the sense that there won’t always be a full band to support it. It’s a testament to the creative spirit. Freestyle is on-the-spot creativity, and that’s the heart of what we’re trying to do with this. MCs, vocalists, poets and musicians all together – we really just want to create a platform for that collaboration.

Tell me how this evening is going to unfold.

Essentially, I’ll be at the center of the evening, starting the night with some DJing and setting the mood. There will be three sessions. In the first session, I’m gonna have a set of players, and each will be on the stage with me. There’ll be three open mics. In the first session, it’ll just be the four of us creating a mash-up of freestyle and some live beat creation at the same time. It’ll be a mix between live beats and freestyles.

The second session will be open to the public. I’ve invited a lot of other MCs and poets. I’ll have a mix of music and instrumentals going on, so if the mood strikes somebody, there’ll be three open mics that’ll be hot. The mics will be open for people to come up to. They can do simultaneous presentation – an MC and a guitar player, a poet and a musician, anyone.

The final session will resemble the first, but it’ll be more of a wild card. We have a special surprise planned. It might happen that each MC will do four bars at a time, it’ll be a four-bar trade-off, and we’ll circle with that… But that’s just one idea.

What kind of audience or artists would appreciate this most?

I think it’ll bend toward artists that have those freestyle capabilities, and improvisational musicians. That’s who it’s best going to suit, but we don’t want it to be so closed off that people aren’t going to come to it and participate. We just didn’t want it to be so rigid as some standard hip-hop shows can be. The live element is about creating the moment anyway.