We thought it might be fun to take a look back at the last 40 years of The Pitch’s film criticism, which encompasses reviews by local writers, as well as our history as part of Village Voice Media (RIP). We found some takes that haven’t aged all that well, and some that hold up like fire. There were also some particularly memorable takedowns. “Transformers twiddles its big fat, stupid robotic thumbs for the better part of two hours before jabbing them into your eyesockets and fingerfucking your brain in the last 20 minutes” is a particular favorite.

Here’s 40 years of Pitch reviews through the lens of decades of hindsight. 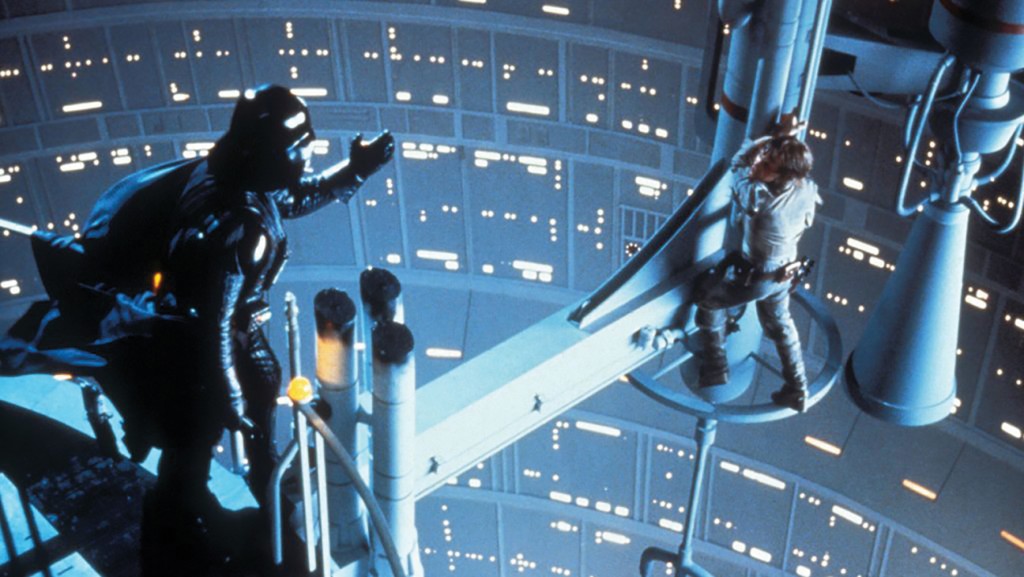 Photo courtesy of The Empire Strikes Back

The first take: “(The Empire Strikes Back) is simply a minor entertainment, but I admire the moxie of betting $20 million on one-ninth of a matinee serial to be continued into the next century.” – Tom Allen, via The Village Voice

Standout quote: “Has anyone in this Force-fed organization figured out that at the present rate of progression ‘Star Wars IX’ will come in at over $2.5 billion in the year 2001?”

How has it aged? Tom Allen was a bit off in his budgetary predictions here—Episode IX, The Rise of Skywalker, came out last year, and cost just shy of $300 million to make. Mostly it’s entertaining to see someone’s jaw drop at a major motion picture budget of $20 million, which is comparatively low for a studio feature these days. Allen is notably into Lando Calrissian (“a dashing rogue adventurer”), but doesn’t seem to care much for Empire’s middle-of-the-story status and its cliffhanger ending. That tracks with a lot of critical responses at the time. Empire wasn’t exactly beloved on its release, but it’s gone on to be the fan favorite. 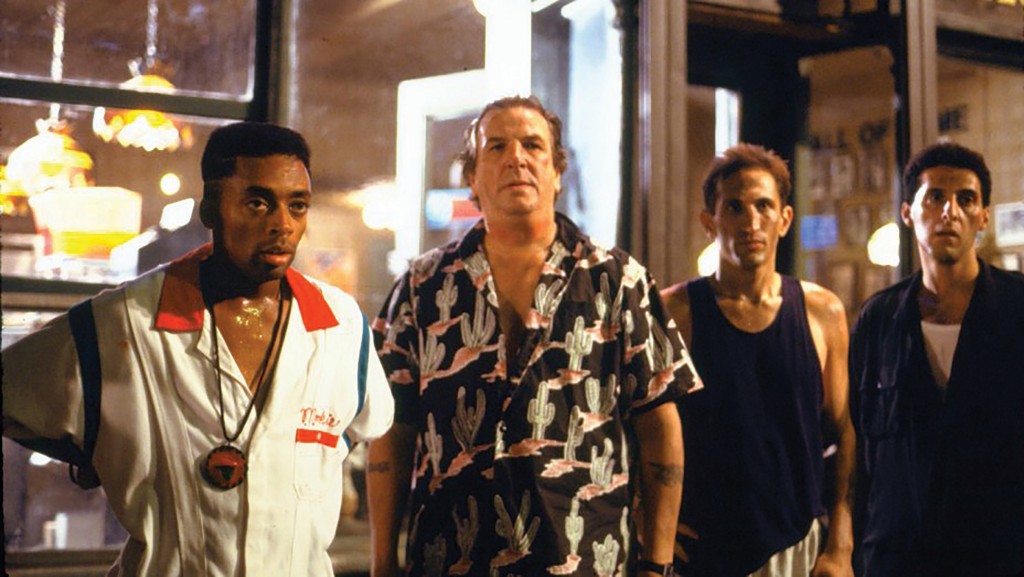 Photo courtesy of Do the Right Thing

The first take: Spike Lee’s breakout film was so controversial on its release that writers at The Village Voice actually ran four separate responses to the material, ranging from black cultural critic Stanley Crouch claiming Lee’s vision “is small and lacks subtlety,” to pieces singing praises of Rosie Perez and Bill Nunn’s performances to a multi-page feature by Thulani Davis praising it as a classic of “new black cinema.”

Standout line: “Lee, whose truest gift appears to be comedy, either lacks the intelligence, maturity, and the sensitiv­ity necessary for drama, or hasn’t the courage and the will to give racial confrontation true dramatic complexity.” – Stanley Crouch

How has it aged? Crouch’s description of Lee’s work as “afro-fascist chic” is worth reading for how shocking a response it is, especially given the way Do the Right Thing reflects not just 1989, but our current cultural moment. Crouch is a great writer, but time has shown Lee’s film to be a masterpiece. It’s true Do the Right Thing isn’t exactly subtle, but when it comes to expressing anger and naming racism, subtlety isn’t really the goal.

The first take: “The movie is both a newly minted corporate mythos (the first Disney animated feature based on an original story) as well as the megabuck ultimate in ani­mated smoke and mirrors.” – J. Hoberman, via The Village Voice

Standout quote: “A blood orange sun rising o’er the awesome perspective of an Afri­can savannah, this latest Disney animation opens with the apoca­lyptic pow of an atomic bomb bursting upon Yucca Flats.”

How has it aged? Far be it from your humble film editor to question the great J. Hoberman when it comes to knowledge of political symbolism in film, or the inner workings of show business. About half of this original review covers what The Lion King could mean for Disney’s bottom line moving forward. While I’d be tempted to say “lighten up” here, Hoberman was, of course, right on the money in terms of discussing Disney as a brand. I should know, I was six when The Lion King came out, and I spent the next several years of my life up to my eyeballs in movie-themed toys and clothes. 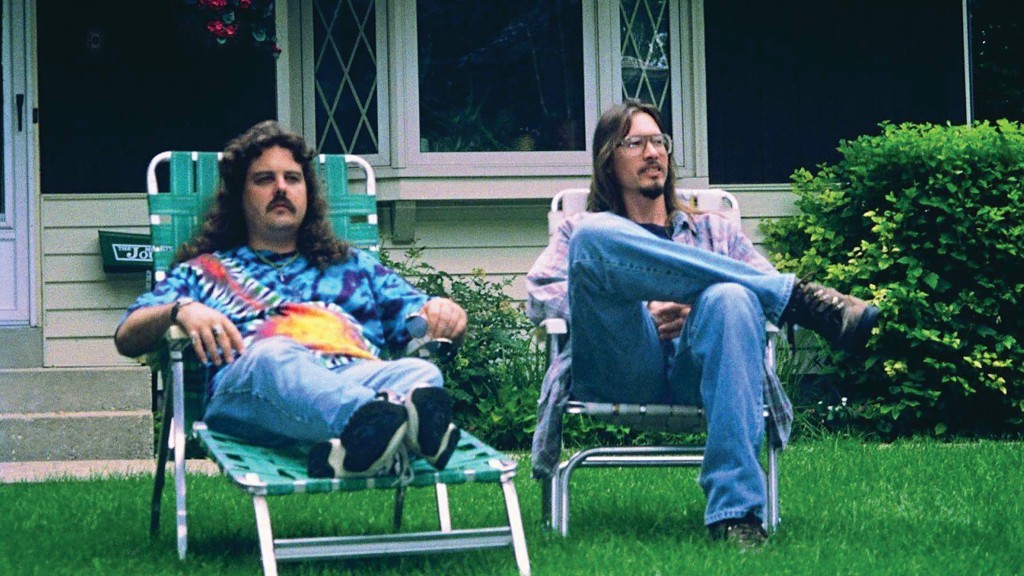 How has it aged? American Movie, a documentary about an aspiring filmmaker trying to direct a low-budget horror film from a Milwaukee trailer park, is one of the great cult films of the 90s. Chris Smith’s documentary is both painful and hilarious to watch as it chronicles the subject, Mark Borchardt’s delusions of grandeur as well as his poverty and dysfunctional family. American Movie was an underground success on its release, and has continued to grow in esteem among film fans. These days, Borchardt seems to be doing pretty well, enjoying a healthy Twitter following and making cameos on the Adult Swim series Joe Pera Talks with You.

The first take: “In toning down Ellis’ detailed description of Bateman’s atrocities, writer-director Mary Harron and co-writer Guinevere Turner deliver a tastefully offensive film that comments on a specific time and place — New York in the Reagan ’80s. Ultimately, though, the film has no heart.” – Melina Neet

Standout quote: “…The film’s cold, almost documentary feel makes it difficult to feel sympathy for a man capable of saying that he might ‘break into tears’ if he can’t get a table, and of teasing a wino with his money clip before he takes a knife out of his briefcase and kills him.”

How has it aged? I’ll give our critic some credit here. The first time I saw American Psycho, I didn’t know what to make of it, either. Harron and Turner’s adaptation of Bret Easton Ellis’s novel, which alternates between scenes from Wall Street yuppie Patrick Bateman’s ultra-bougie life and the graphic murders he commits, is a wonderfully nasty film. It doesn’t take too much examination, however, to recognize the movie for the sharp satire it is. It’s true, Christian Bale’s Patrick isn’t sympathetic. His actions are despicable, and his peers are so vapid and self-obsessed that he can literally get away with murder without anyone noticing. However, that’s also kind of the point. 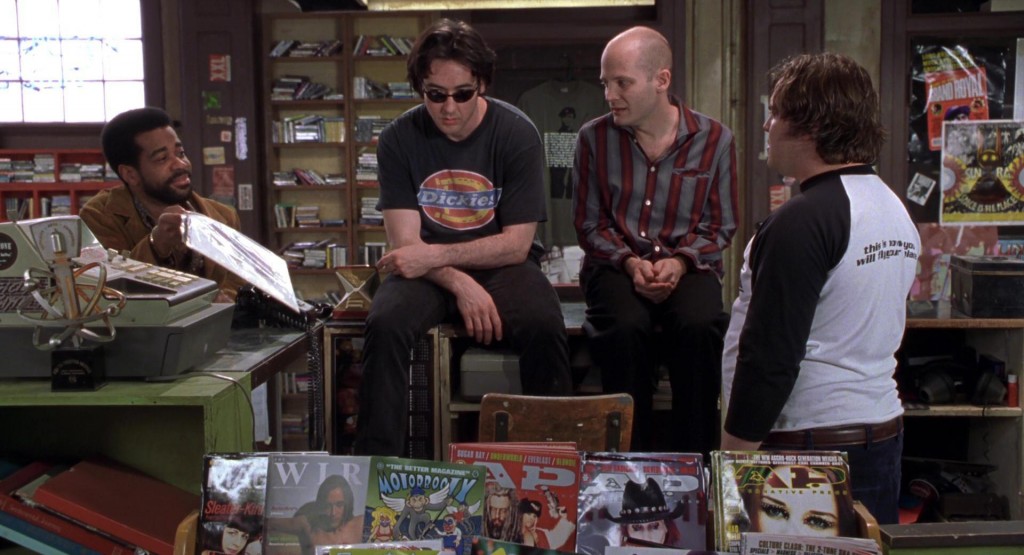 The first take: “At times Cusack and co-screenwriters D.V. DeVincentis, Steve Pink, and Scott Rosenberg are too ‘clever’ for their own good, nearly letting the pop-culture references overwhelm an otherwise excellent script. The movie never slows down, though, thanks mostly to director Stephen Frears, who succeeds in matching Cusack’s sublime comic timing.” – Loey Lockerby

Standout quote: “Nobody plays Gen X neurotics like John Cusack does…Cusack has a gift for being completely self-absorbed yet likable.”

How has it aged? For folks of a certain generation (mine) High Fidelity played a big role in how we talked about pop culture, especially music, with other people. The iconic line “It’s not what you’re like, but what you like” was my relationship mantra for way too long. Time has been more critical toward the film’s white, male-centric narrative, which Hulu’s recent adaptation, starring Zoe Kravitz as a female version of lovelorn record store owner Rob, threw into sharp relief. Women and people of color can be record snobs, too, y’all.

Pirates of the Caribbean: The Curse of the Black Pearl(2003)

The first take: “Vaguely based on the wonderful theme park attraction beneath which Walt Disney has been rumored to be cryogenically frozen, this Pirates is jaunty, exquisitely designed, gorgeously lensed and too routine by half.” – Gregory Weinkauf, via The Village Voice

Standout quote: “Orlando Bloom is the greatest actor who ever lived. He sure is hot. His buttocks are amazing. To caress them would be to visit heaven. We must buy what we are told to buy.”

How has it aged? This feels like a window into a more innocent time, before…well, before a lot, but particularly before the fun-enough Pirates of the Caribbean and its ever-diminishing sequels became such a black spot on our pop culture landscape. Remember when we thought Jack Sparrow was a refreshing character, and Johnny Depp was suddenly everywhere you looked? Were we ever so young?

My best Pirates-related memory is this: One summer while I was working at a church camp, one of the campers convinced me to add The Lonely Island’s song “Jack Sparrow” to the end-of-camp dance playlist because he promised he had a clean version. He was lying, of course, and that night dozens of middle-schoolers danced while Michael Bolton spouted un-bleeped expletives over the stereo. It was incredible.

Standout line: “Though he remains best known for writing and co-starring in 1996’s hipster totem Swingers, Favreau honed his directing chops with a couple of richly imaginative, resolutely lo-fi kids movies, Elf and Zathura. If the larger-scale, bigger-budget Iron Man never quite ascends to those heights of tinsel-and-string splendiferousness, it maintains Favreau’s fondness for the handmade over the prefab.”

How has it aged? This is another instance where I wish I had a time machine to revisit a moment when Marvel films didn’t define most aspects of the moviegoing experience. Technically speaking, I know what that felt like—I was in college at the time. Still, it’s kind of a trip to remember that on the weekend of its release, Iron Man wasn’t a sure bet, and Jon Favreau wasn’t yet the tried-and-true franchise hand he is today. 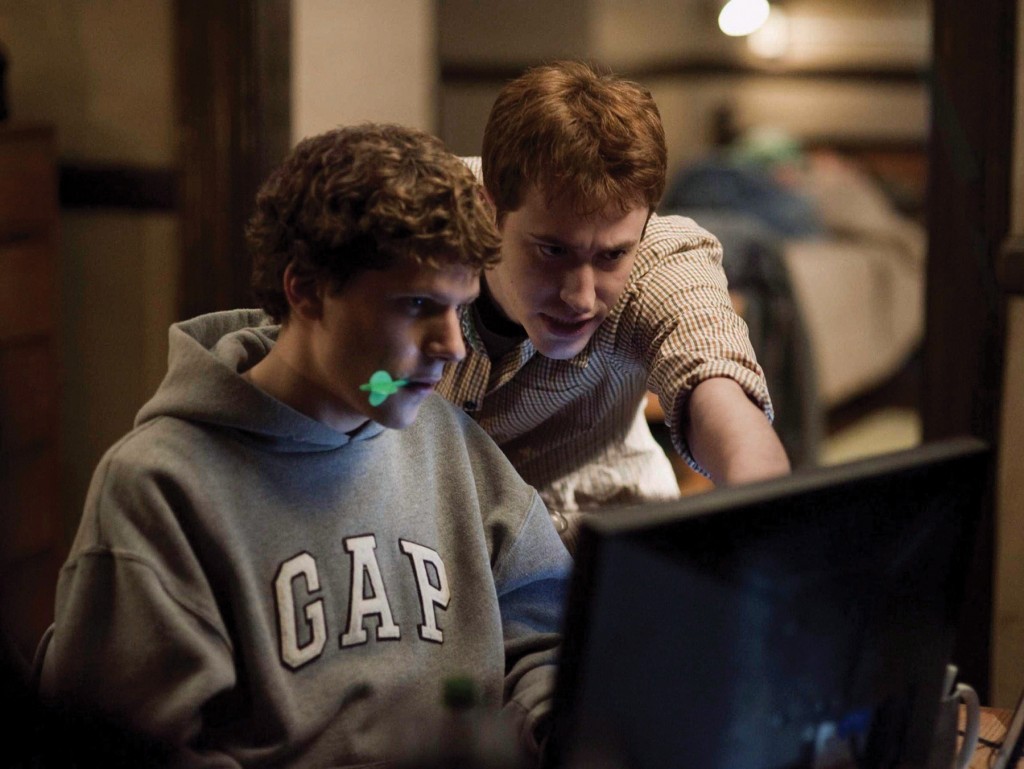 Photo courtesy of The Social Network

The first take: “True to its moment, The Social Network is less interested in mapping this new system of human interaction than psychoanalyzing it through its quintessential user: Zuckerberg.” – J. Hoberman, via The Village Voice

Standout line: “As written by (Aaron) Sorkin and played by Jesse Eisenberg, Facebook mogul Mark Zuckerberg is a character far more compelling than his story.”

How has it aged? The Social Network is one of those movies that kicked off a whole chunk of mini-trends and career phases, only some of which critics at the time picked up on. This movie was Rooney Mara’s coming out party, as well as Armie Hammer’s. It also kicked off a resurgence in popularity for Sorkin’s writing. He later tried to recapture lightning in a bottle with his script for Steve Jobs, mostly successfully, though it wasn’t quite the juggernaut this was.

Most notable, though, is an element this review never touches on: Trent Reznor and Atticus Ross’ iconic, chilly score, which later won them an Oscar. This was Reznor’s first film score, which seems nuts, since he’s produced so much great work with Ross—and inspired so many copycat—in the years since, it sort of feels like they’ve always been around.

The first take: “Smart, profane and funny, The Big Short is Hollywood’s most welcome surprise of 2015: a hugely entertaining movie about the credit-default swaps that tanked our economy at the dawn of the Obama administration.” – Scott Wilson.

Standout line: “When the movie ends, you want to find Bernie Sanders in the lobby, then go home and put up an oil painting of Paul Krugman (who this week published a column approving The Big Short on both historic and popcorn merits).”

How has it aged?: It remains to be seen if Adam McKay’s mid-decade political auteur turn will continue bearing fruit as successfully as this film did (I’m one of the only people who actually liked 2018’s Vice). But it feels a little quaint these days to have to go to the movies to be reminded how angry I should feel about the state of the world. Anymore, I wake up, like most people, with my anger already set pretty high on the dial. I used to go to the movies for art that would rile me up. Today, all I need to do is check Twitter.