Crossroads T-shirt shop Raygun has created a shirt in honor of Roadrunner, the dog whose eyes were surgically removed after allegedly suffering abuse by his owner.

Raygun is releasing the shirt online and in the store (1803 Baltimore) today, with the profits going to KC Pet Project to help pay for Roadrunners’ medical care. 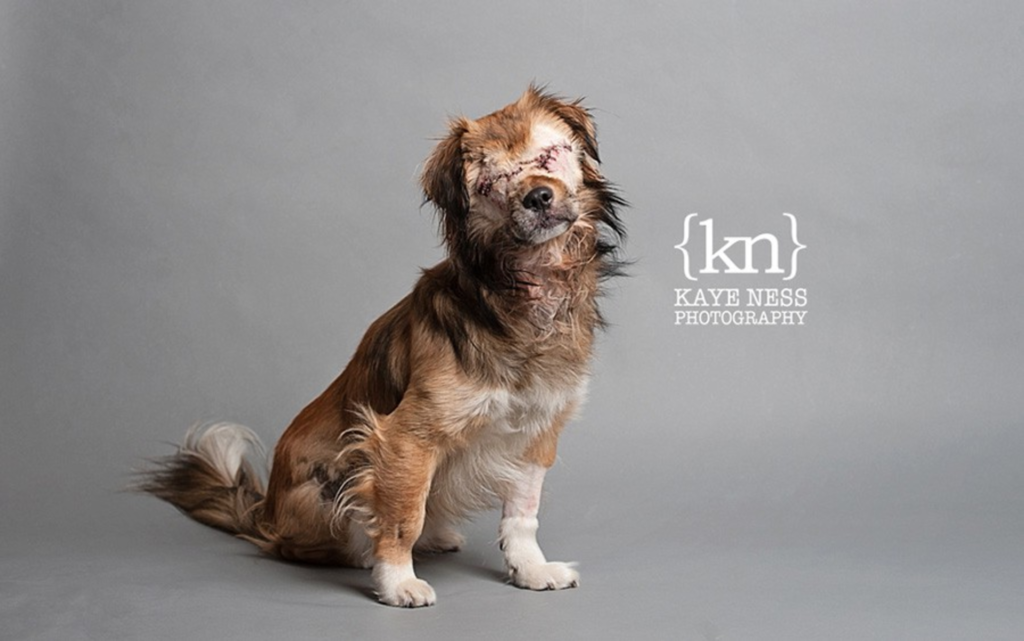 On Monday, Raygun is dedicating the day to Roadrunner, giving a percentage of all sales at the KC store to KC Pet Project. Shirts will be available in men’s, women’s and children’s sizes on Friday. And there’s a chance that Raygun will have shirts for dogs available next week.

Kimberly Anderson, 36, is charged with felony animal abuse and animal neglect for allegedly throwing Roadrunner off a third-floor balcony of an apartment complex on November 9. Witnesses claim that Anderson then slammed, kicked and choked the dog before leaving him.

Kansas City animal control officers took Roadrunner to KC Pet Project, which has cared for the dog along with Blue Pearl Veterinary Hospital. Roadrunner suffered severe facial trauma that was so bad, his eyes couldn’t be saved and were surgically removed.