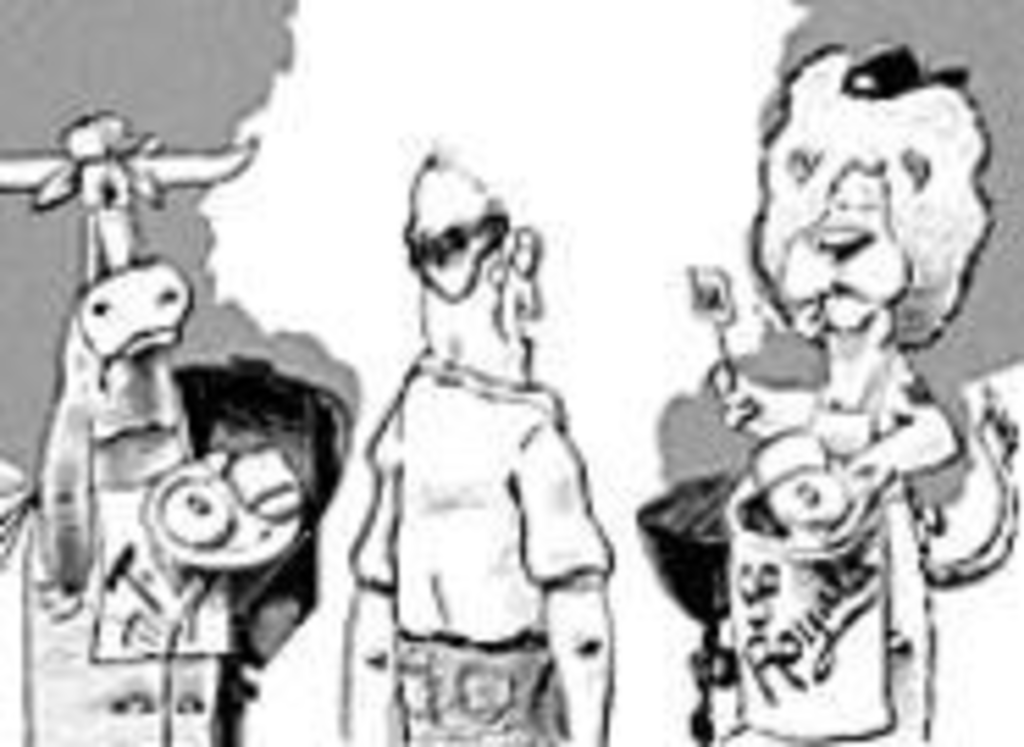 No one could have been more excited than I was by the idea of minor-league baseball in Kansas City. When I heard that the Duluth-Superior Dukes were moving their Northern League baseball club to Wyandotte County, it was easy to get lost in visions of my family stretched out in a new stadium on a warm summer evening, with cotton candy covering the kids’ faces, a bratwurst in my hand and my pretty wife reading her latest paperback — all for less than the price of a large four-topping pizza from Minsky’s.

But that was before I found out that the Kansas City T-Bones want filet prices for hamburger.

The message Kansas City’s new minor-league team is selling to baseball fans is that its product “is all about affordable, family entertainment.” So why will it set us back more to take in a T-Bones game than it will to watch the Royals play the Yankees?

The cheapest seat for a T-Bones home game — a seat that doesn’t have you sitting on a grassy knoll outside the outfield wall, that is — costs $2.50 more than a general admission ticket at Kauffman Stadium.

The Royals charge $6 for the privilege of parking outside the K. Parking at T-Bones games will be free. But if four members of a family want to see a T-Bones game and sit in actual seats, they’ll spend $30 to get inside the gate. The same family can walk into any Royals home game for $26 — including parking.

I first noticed a problem with the T-Bones’ pricing scale when I saw that the team was selling white, short-sleeved T-Bones T-shirts online for $20. (A long-sleeved rascal will run you $25.) Then I checked the Royals Web site; a royal-blue T-shirt with the club’s Major League Baseball logo goes for just $4.95! The Royals’ classy looking Nike practice jerseys cost the same as a white, short-sleeved T-Bones T-shirt. A khaki one-size-fits-all T-Bones cap is $20. If you gotta have a black “flexfit” T-Bones lid, you’ll have to drop $25. The Royals hawk official blue home and road fitted caps — the same ones Mike Sweeney wears — for $24.95, but you can buy a dozen different Royals lids for under $10 at any Wal-Mart. Want a T-Bones hooded sweatshirt with “Sizzle,” the snorting T-Bones mascot, emblazoned on the chest? That’ll cost you $40.

So why would any Kansas City family of four want to pay $4 more than it would cost to go to a Royals game to watch a team whose players couldn’t sign with even the lowest level of an MLB organization? After I posed this query to Adam Ehlert, the T-Bones’ first general manager, a long pause floated over the phone line before he finally said, “That’s a very good question.”

So why soak big-league fans to watch guys making as little as $750 a month? Ehlert touts the team’s special promotions, saying, “We offer far more entertainment value for your money than the Royals, especially for the members of your family who are not baseball fans.”

Great, but I can send the nonbaseball fans in my family to the basement, where they can not care about baseball for free.

Whoever is responsible for setting the T-Bones’ prices needs a reality check. It’s not too late to correct this insanity. Drop the seat prices between the dugouts from $9.50 each to $5. Seats outside the dugs should go for $3. The grassy knoll in center field shouldn’t cost more than a stiff back in the morning.