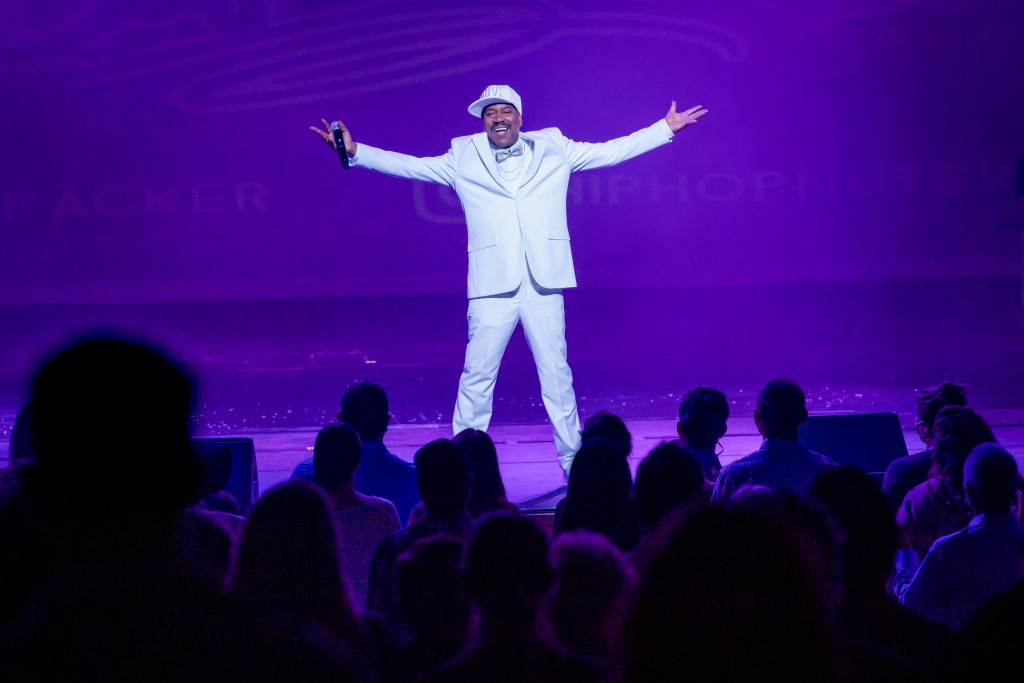 Kurtis Blow was the first rapper signed to a major label when he ended up on Mercury Records in 1979, releasing “Christmas Rappin’.” In the intervening years, his hits “The Breaks,” “Basketball,” and “If I Ruled the World” have become iconic, and Blow has become something of a spokesman for classic hip-hop history.

Now, the rapper has come full circle back to his holiday breakout as the guest MC for The Hip Hop Nutcracker, a modern update of the Tchaikovsky ballet created by Jennifer Weber and Mike Fitelson. Ahead of the touring show’s appearance at the Lied Center on Tuesday, November 30, I spoke with Kurtis Blow via Zoom about the show, his history, and the rapper’s recovery from a heart transplant in December of last year.

The Pitch: When you released your first single, “Christmas Rappin’,” 42 years ago, did you ever foresee a future where hip hop would be on par with Tchaikovsky?

Kurtis Blow: When I released “Christmas Rappin’,” I had no idea of the future. Of course, we all have dreams and aspirations about making it, and I always wanted to be–let’s say, “America’s rapper”–and so I built my career around that, trying to be not just a normal MC or rapper, but someone who had integrity and was willing to sacrifice so we could bring the culture to the forefront of the society. But to go back to the question: I never, in a million years, would think that we would do the fusion with Tchaikovsky and this classical music, and what a great ear piece to see this thing go down.

How did you come to be part of The Hip Hop Nutcracker in the first place?

A mutual friend came to one of my live performances. I was up in the Bronx, outdoors, with a big festival atmosphere. It was a great show. He came after the show and his name is Bill Stephney, and he came to me and said, “Wow. What a great show. You know, you would be incredible to be a part of this new show called The Hip Hop Nutcracker.”

He introduced me to the people over at NJPAC. I met David Rodriguez and Eva Marie and I went to one of the rehearsals and I saw these dancers break dancing to classical music, and I was floored. I was like, “Oh my God–this is something that is so incredible.”

Just the fusion of classical music and hip hop, hearing those funky beats under classical music reminded me of that song Nas made called “You Can’t Stop Us Now.” We called that “royalty music” and “king and queen music.” You’ve heard the saying, “Every superhero needs his theme music”? That seemed to me like a great marriage, to be a part of this presentation. 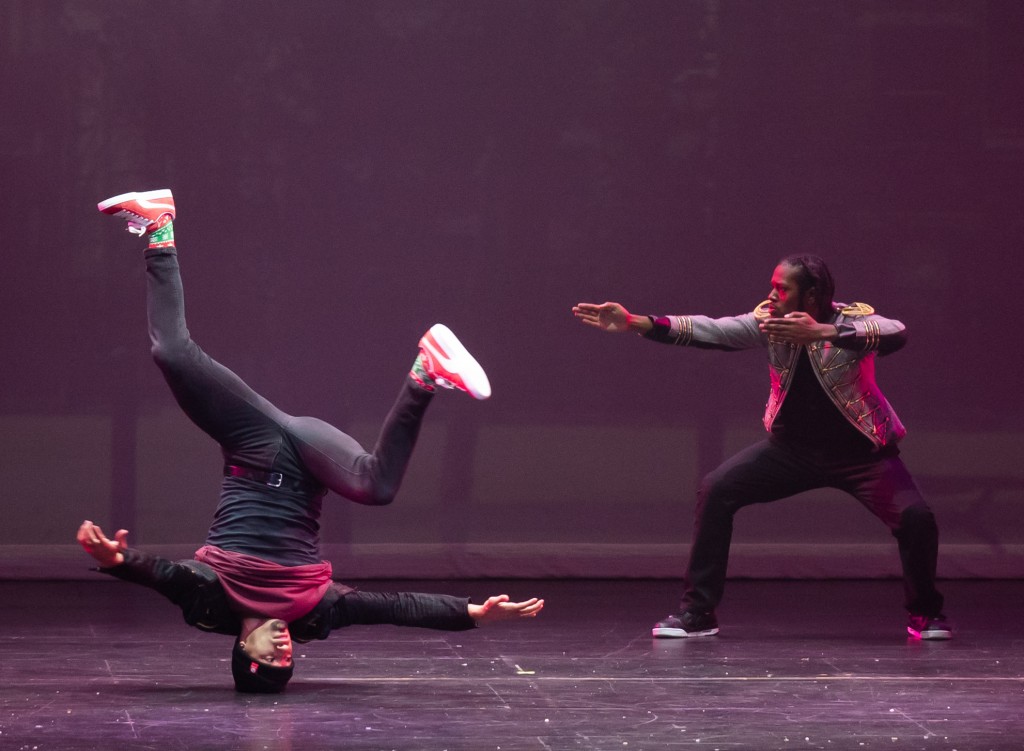 What is your part in the performance?

I am the host and the MC, so I come out in the intro and get everyone ready and prepared for the show and take them back to the old-school hip hop. We have a whole lot of fun, dancing in the audience and everyone standing up joining in, hands in the air, and having a good time. Then I sing a song called “New Year’s Eve,” and within the song. I have everyone count down from ten to one and I have them scream at one, “Happy New Year!” and then the play starts and the show starts on New Year’s Eve in 1980.

Then I come back at the end and I sing “The Breaks” with the whole cast and crew, and we’re out there having a whole lot of fun, again, doing solos and I’m introducing the cast and man–what a great time.

What’s it like for you, getting to be part of a show that is set during when you were coming up?

It really is set during the time when I really first started and the embryonic love of the culture of hip hop was brand new. Takes me back to those good old days from when I first started. And man–like, I can’t say it was the best time in my life, ’cause I had some other times that were equally as great–dealing with my family and my sons–but it ranked right up here as the best time in my life and it’s just a blessing to be a part of a situation like this.

The Hip Hop Nutcracker is definitely a holiday season extravaganza. How does it feel, being on stage as part of a big production like this, as opposed to your work as a rapper or your work in film?

It feels really most incredible and unbelievable to be able to still do this after 40-something years and to be out on stage again, after two years’ layoff. And of course, you know all about the COVID-19 and the situation we’re in and how the whole industry had stopped. It’s like it got this cease-and-desist letter or something. [laughs] So just to have the opportunity to get back out there after a couple of years, and still doing this thing that God has gifted me with–this opportunity and talent–is a miracle.

Speaking of blessings: in the midst of the whole pandemic and shut down, you had a heart transplant.

Yes. I was slated not to be here for six months to a year by my doctors over at UCLA. The great Dr. Dane actually convinced me, because of COVID they had a lot of time. He told me, “Man, the last six months, we did over 30 heart transplants and I think you would be in line to get this done before you go out on tour again, and you’ll be able to go out on tour again.”

I prayed about it, of course, with my wife and my family and we just decided to trust in God that God is going to make it happen if we just pray, and that’s what we did. We prayed about it and I decided to go ahead, so I am a walking, living, breathing testimony that God is still in the miracle business. I’m another example of science and religion, coming together.

How does it feel, returning to performances after your heart transplant?

Wow. I feel crazy. It is like–I remember being out on tour when my heart was so weak. I couldn’t actually walk the stage. I had to stop in the middle and man, it was just really, really frustrating, but now, man? I’m out on stage and I’m going around and dancing and like I said, I have a whole new chance at this and to be back on stage is the most incredible feeling. To be able to do it again, I’m thanking everyone. I am overjoyed.

The Hip Hop Nutcracker takes place at the Lied Center on Tuesday, November 30. Details on that show here.