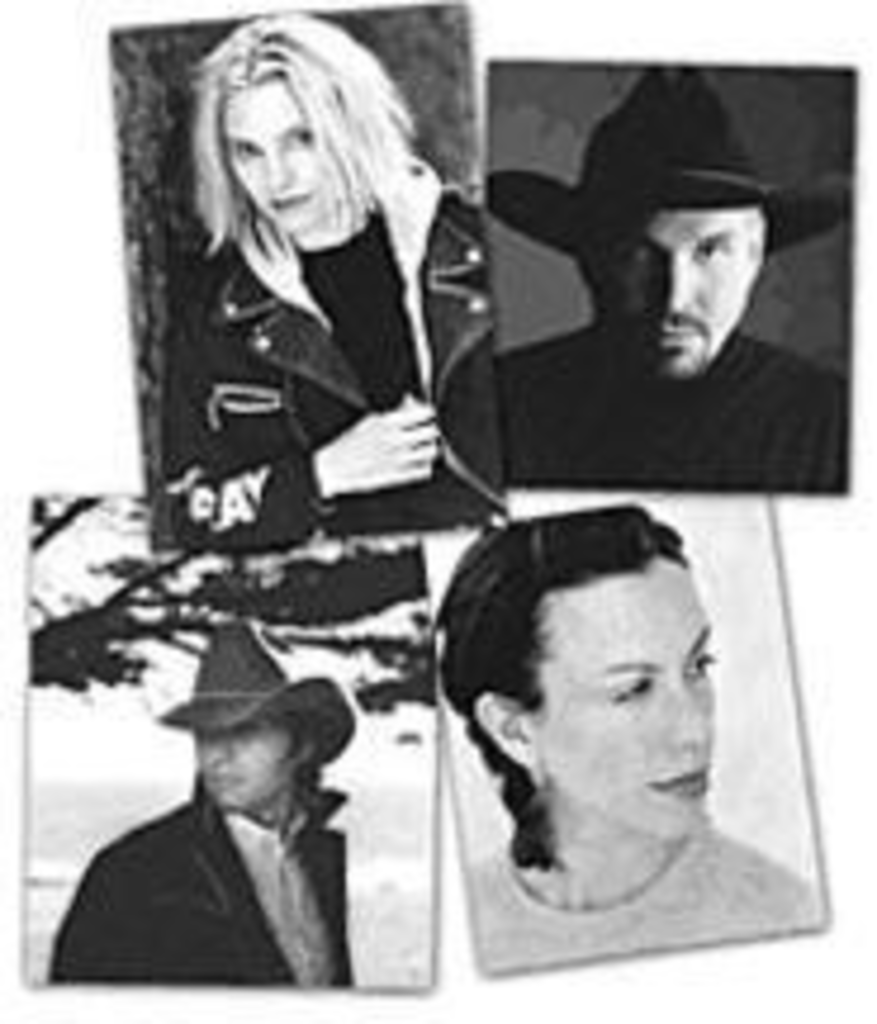 No one likes to be seen as the roadblock to a revolution. The unfortunate soul—or the dumb bastard—who chooses to impede progress is likely to be mowed down by those charging toward tomorrow. He will become a thing to be wiped off the shoes of those who march, march, march forever onward. Woe to the little man who obstructs big ideas. He is, quite simply, doomed.

Do not tell this to Noah Stone, although many others have. A year ago, Stone—a singer-songwriter and the son of Ron Stone, who has managed the likes of Joni Mitchell, Los Lobos, and Crosby, Stills, Nash & Young—formed a coalition called Artists Against Piracy, the goal of which is to convince millions of people that it is wrong to download and swap songs, for free, over the Internet. That’s right: Stone, along with such artists as Aimee Mann, Alanis Morissette, Dwight Yoakam, and almost 70 other recording artists, want you to pay for songs you’ve been taking for free off such file-sharing services as Napster and Gnutella. Right now, if you don’t mind.

For his efforts, thousands have logged on to his organization’s Web site (www.artistsagainstpiracy.com) and damned the 28-year-old Stone as a greed-mongering lackey doing the bidding not just of artists worried about having their pockets picked, but of record labels out to rape consumers by charging $17.99 for CDs containing only a handful of desirable songs. That’s because Artists Against Piracy is funded, in part, by the Washington, D.C.-based Recording Industry Association of America, the trade organization that represents the world’s five largest record labels—all of which are currently involved in litigation against Napster, under the RIAA umbrella. Artists Against Piracy also receives funding from the National Association of Recording Merchandisers, a trade group representing music retailers and wholesalers, whose very existence is threatened by the proliferation of MP3 files, which transport CD-quality music from one user to another with the click of a mouse.

So, every day, they come by the hundreds to Stone’s site and tell him what a gluttonous bastard he is or what a bad idea his group is. They call him names; they shout in capital letters. “Get a grip on reality and realize that MP3s and file-sharing are here to stay,” writes one of the more thoughtful posters. “Call it piracy if you like, but there’s no way to stop it.” Another writes, “You are all fucking retards. I will fucking pirate everything I own and laugh in your faces. PIRACY OWNS ALL OF YOU. YOU CAN’T STOP IT.” One poster even encourages people to take down the list of artists affiliated with Artists Against Piracy, “copy their CDs to MP3, sell the CDs second-hand, and never buy their music or memorobilia [sic].”

It is little wonder that Stone feels more than a little beat-up. Since the inception of Artists Against Piracy, which raised its profile last month with a series of TV ads built around the copyright logo, Stone has tried to convince people he’s working only for the good of the musicians, whose livelihoods, he insists, are threatened by the new technology. Seems a lot of people ain’t buyin’ it.

“The hardest part is trying to convince everyone, including the people who use Napster, that even though we’re working in part with the record companies, we don’t directly represent them,” Stone says from his offices in Los Angeles. He sounds weary, and with good reason. Three days before this interview, he was sitting in his office waiting for a VH1 crew, which was to film Stone for its year-end Behind the Music special, when he was notified that Napster had entered into a business arrangement with one of the labels suing it, Bertelsmann Music Group, which has on its roster such acts as Santana, Christina Aguilera, and Foo Fighters. Though Napster continues to be free, sooner or later a monthly fee (most likely $4.95) will be assessed to use the service. Stone finds the settlement “encouraging,” but a long way from the answer. For starters, how will Napster divide the money and distribute it to artists?

“This is a very difficult thing,” Stone says. “In a time of revolution, you’ve got all these people trying to storm the castle, and I’m in the middle going, ‘No, wait, we can work this out.’ I’m the guy trying to break up the fight. I always have been. I kind of wish I had had a sociologist on staff this whole time. Initially, there wasn’t a lot of that anti-label sentiment, and then that seemed to be a justification argument to cloud the issue: This isn’t stealing from an artist we love, this is stealing from the monolithic labels. It became a revolution, which it never really was. It seemed like it was, and people were stirring the flames, and then Napster was stirring the flames. But what we’re doing at Artists Against Piracy is we’re saying, essentially, there isn’t a revolution, but there is a chance for reformation, and to be a reformist when people think there’s a revolution is a really unpopular position to be in.”

Stone envisions a future in which users will be able to go to a single Web site—or, more realistically, dozens of competing sites—that will charge customers to download albums or single songs. According to Stone’s plan, these sites will be no different than the corner record store: You log on, browse the digital bins, pay for what you want, and have instant access to your purchases; consumer and creator will be satisfied. No longer will you have to pay $17.99 for a disc that cost no more than six bucks to manufacture and distribute and contains only a single song you want. And, even better, artists (both performers and songwriters) will continue to receive royalties.

“You should have the same experience at TowerRecords.com as you do at the brick-and-mortar Tower Records down the street,” Stone insists. “You can go to one place and find all music. It can’t be divided by label; it’s too confusing. There should be one place you go, or a series of places that are competing. It would be like CDNow, but instantaneous. That’s really the solution.”

To Stone, an online music store with instant downloading capabilities is a more than fair resolution to what has been a bloody legal battle. But the genie is out of the bottle; indeed, writes Electronic Frontier Foundation co-founder John Perry Barlow in the October issue of Wired, no longer is there a bottle. “There will be no property in cyberspace,” Barlow insists, concluding that “for ideas, fame is fortune, and nothing makes you famous faster than an audience willing to distribute your work for free.” Musicians might disagree, especially those who struggle to make a living by selling a few thousand CDs. Young comers live and die by CD sales; they cannot and will not make their money on the road, playing for dozens and sleeping on couches and paying for a van that breaks down halfway between Here and Nowhere. The music might beg to be free, as file-sharers insist, but clothes and rent and food do not.

Stone must convince consumers of that, and it will not be so easy: About 38 million people have used Napster, and even the RIAA admits that CD sales were up during the first half of 2000. The industry, quite simply, is having a hard time showing that Napster is cutting into revenues. But Stone is undaunted: In the next couple of weeks, he expects to announce the AAP’s board of directors, which likely will include some artists affiliated with his organization. They will set policy for the organization, which for a year has struggled to make a name for itself under Stone’s leadership.

Stone eventually would like to see AAP act as something of a musician’s union (though he hesitates to use the word), with the bigger names looking out for the smaller artists when it comes time to negotiate new contracts. It will be a damned near impossible task, as musicians are far more likely to band together for a benefit concert for children with acne than they are for themselves. Garth looks after Garth, and it’s everyone else for themselves. Cyberspace has nothing to do with it. In the music business, business comes first, last, and always.

“What I would really like to build in the long run is something resembling a trade group for artists, and I’m willing to do it full time,” says Stone, who released an album in 1995 and has since put his songwriting and performing on the way-back burner. He doubts he will ever return to it, at least for protracted periods. “I’m willing to see it through to the end. It’s not going to be easy, and it’s more likely I will fail than succeed, but it won’t be because I didn’t try very hard.”