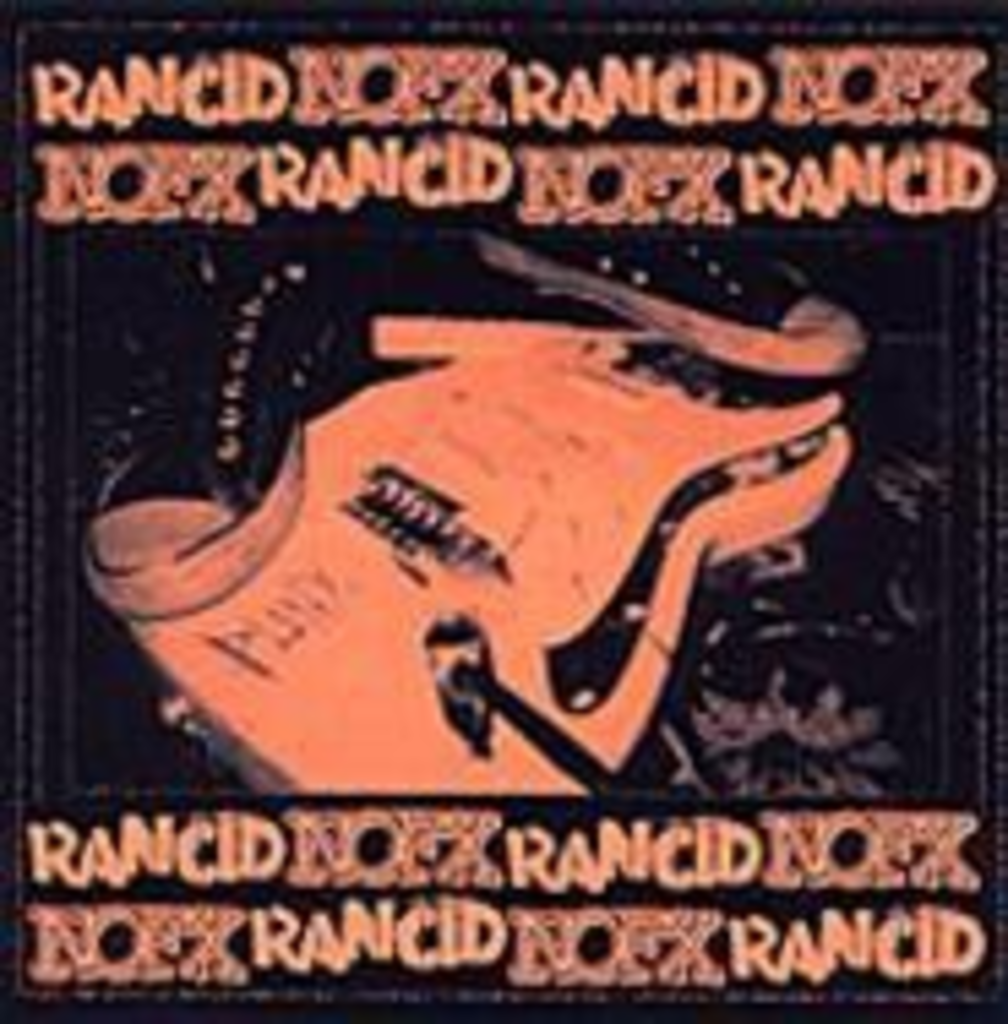 Trouble is, this is a twelve-track disc. For Rancid, most of the problems have to do with the vocals. Frederiksen fares fine, but Armstrong’s incomprehensible utterings make the clean-and-sober protagonist of “Bob” sound like he’s fallen off the wagon, and Freeman sounds like an angry Muppet on “Don’t Call Me White” — one can almost picture a peeved red furball declaring “Animal red, damn it!”

NOFX’s adaptations follow a simple formula: Speed up the beats, simplify the bass lines, snotty up the vocals. A traditionally good-humored band, NOFX also adds some comic relief, sneaking a Fat Albert impression into the fist-pumping hey, hey, heys of “I’m the One” and turning “Radio” into a reggae-flavored joke that’s funny only once. NOFX’s covers, though technically acceptable, sound flat because Rancid’s songs, Armstrong’s in particular, contain gruff yet earnest emotional displays that can’t be adequately duplicated by any vocalist, especially NOFX’s sneering Fat Mike. There’s a reason NOFX succeeds as punk’s smarter-than-it-lets-on class clown and Rancid charms while playing the mohawked loner with the heart of a hopeless romantic. Let’s hope this mildly amusing yet ultimately unsuccessful experiment doesn’t inspire either outfit to dress up in the other’s clothes on future releases.