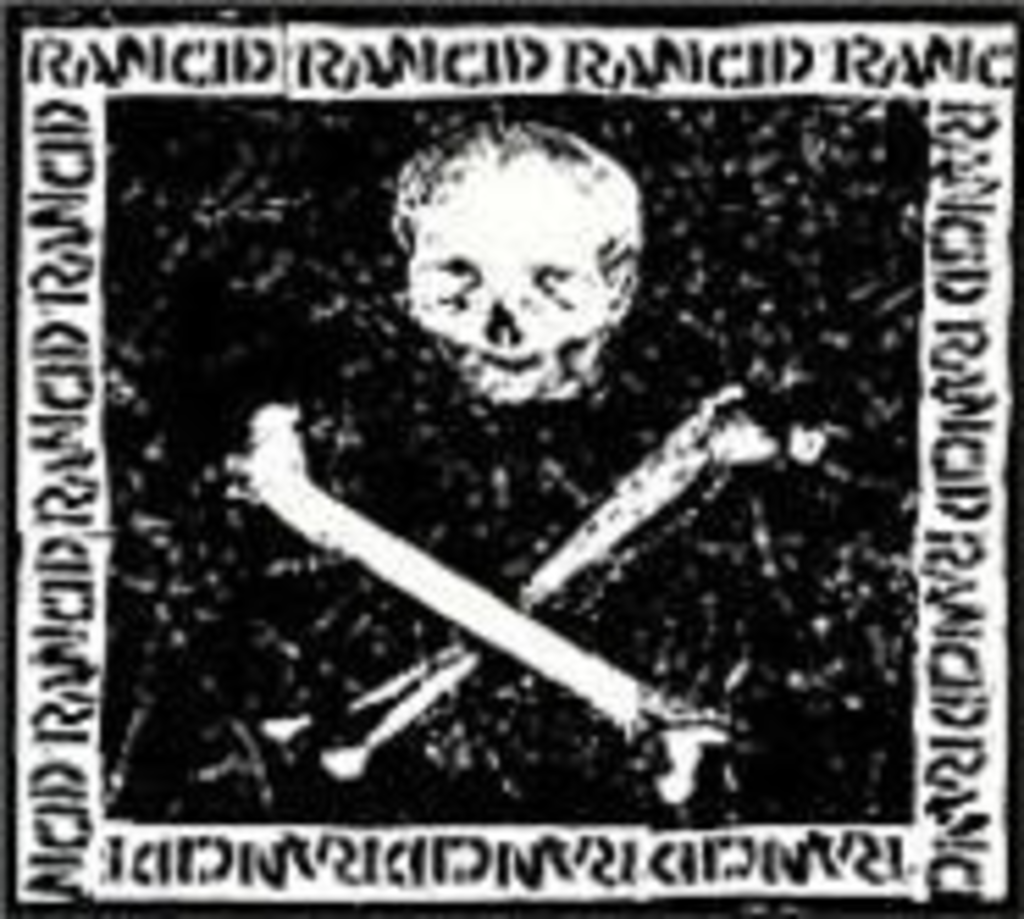 Rancid has been one of the only bands to show noticeable improvement from album to album, starting with the raw but monotonous Rancid in 1993, evolving to the more melodic Let’s Go and the stellar blend of streetpunk and Chuck Berry-style rock … And Out Come the Wolves, then culminating in the astounding Life Won’t Wait, one of the best albums of the decade. Unfortunately, the trend is over. After dabbling knowingly in reggae, ska, dancehall, and rockabilly on Life, to the dismay of some punk-or-die supporters, Rancid has literally returned to square one with another self-titled album. It’s as if The Beatles followed Sgt. Pepper’s by returning to R&B covers because a vocal contingent of their fans were hopelessly stuck in the past, or if Bob Dylan heeded the calls of “Judas” and permanently unplugged his guitar in one grand, pandering gesture. What made Rancid one of the best current bands was that it had its own sound, distinctive and uncompromising. Granted, the group used The Clash’s catalog as its framework, but everything from Tim Armstrong’s muddled vocals to Matt Freeman’s technically astounding bass work bore Rancid’s brand. By contrast, songs such as “Dead Bodies” and “Corruption” are indistinguishable from the hardcore pack, and “Don Giovanni” and “Disgruntled,” while recognizably Rancid, are the type of melody-free speedfests that the band had seemingly outgrown. “It’s Quite Alright,” “Poison,” and “Let Me Go” come closest to meeting Rancid’s established standards for catchy choruses and tight musicianship, although even these songs pale in comparison to the diverse gems on Wolves and Life. Lyrically, Rancid has slid from the deft political commentary and effective love songs that fueled Life to the various inanities spouted in “Don Giovanni” and “Rattlesnake,” with only “Rwanda” and “Antennas” standing out as relevant and intriguing.

Rancid’s talent remains unquestionable. Drummer Brett Reed emerges from his toughest workout without scratches, Freeman still plays bass like no one else, and Armstrong and Lars Frederiksen continue to gel nicely on the guitars. But Rancid is in the throes of the punk equivalent of a midlife crisis — a group that had become so widely well-respected that even Entertainment Weekly noted Life as one of 1998’s best releases, but then shrugged off its critical acclaim and recorded a flashy sports car of a record. It’s possible to recoup from such backsliding, as Dylan recorded a series of progressively great albums, staggered with the tepid Self Portrait, and took five years (and four more unremarkable studio albums) before striking back with Blood on the Tracks. To use an analogy closer to the group’s heart, Rancid’s gotten its Cut the Crap out of the way. Now the hardline fans are pacified, and punk’s most promising band can go back to crafting the next London Calling.