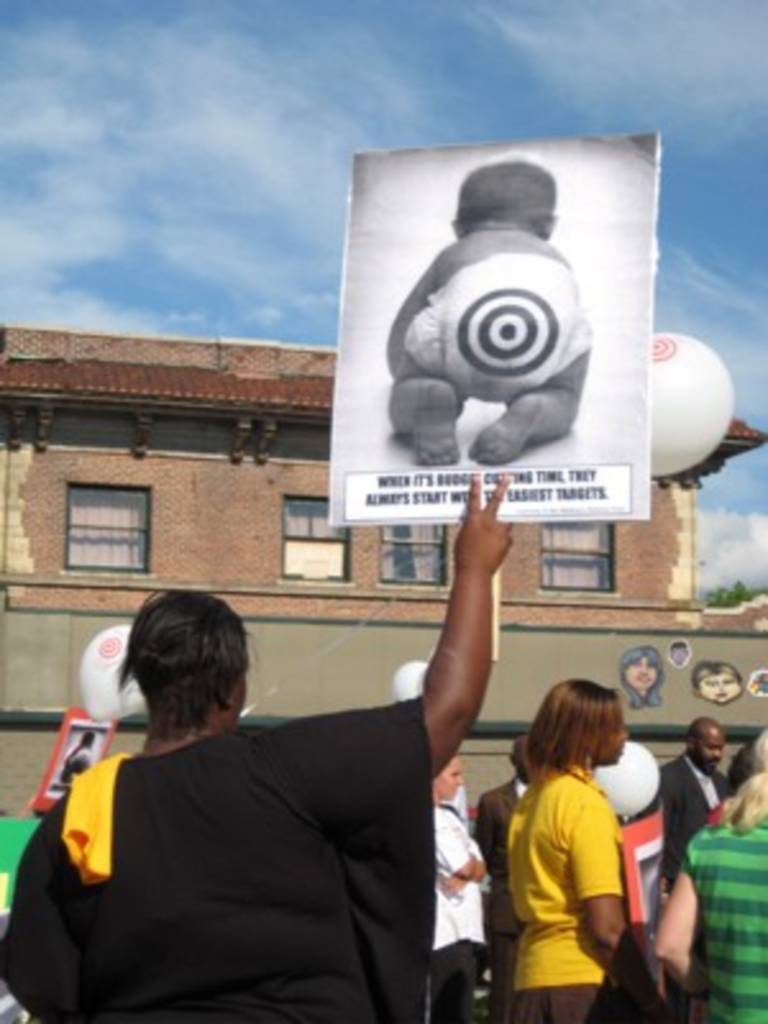 How’s this for some math that doesn’t quite add up?

To do that — and more — the Child Division takes up just 3 percent of the state’s multi-billion-dollar bank account. Now, Missouri Gov. Jay Nixon says he needs to cut $60 million from the state’s 2010 budget to make ends meet. But 20 percent of those proposed cuts could be aimed at that already tiny pot for kids.

Last night, at least 100 Kansas City residents packed the empty lot across from Operation Breakthrough to demand Nixon protect the state’s most vulnerable, rather than put them first on the chopping block.