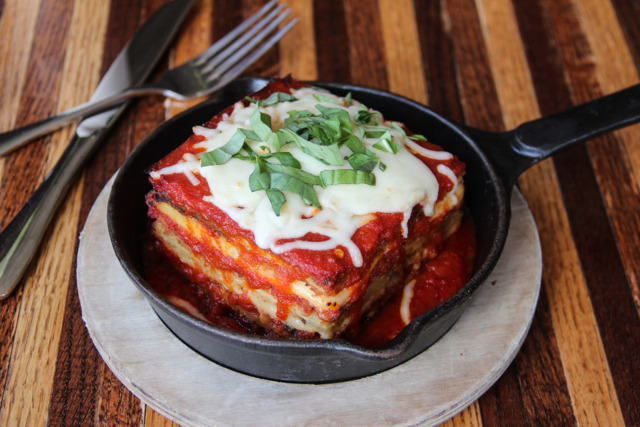 It’s been a long six months for Laura Norris.

The original plan was to seamlessly transition her beloved Westport Italian restaurant, Ragazza, into a bigger space at 43rd and Main, without ever really closing for business. Due to a variety of construction issues with the new location, though, that didn’t happen, and since last fall, we’ve had no Ragazza. As of last week, Norris, her staff, and the rest of us can at last breathe easy. The new Ragazza, at 4301 Main Street, has opened its doors. We recently caught up with Norris for a quick chat.

Can you talk a little about the process you went through in reopening Ragazza?

I decided to expand it because I was coming up on my five-year lease. [The original restaurant] was so small, it was hard to make a living. So I started looking for space, and I found this one at 43rd and Main in the fall of 2017. I signed a lease in January [2018] with the hopes of opening up in May.

There had been a fire there [in the former Nature’s Own space] maybe 18 months before, so the space was not white-boxed like it usually is. I saw the writing on the wall, and frankly, it scared the hell out of me. I didn’t know how to survive being closed. We didn’t start building there until mid-August, and there wasn’t even a roof on the building. The biggest issue was the change of use on the second floor of the building — there are now apartments above us, and that wasn’t the original plan. When they were replacing all the systems, it turned into more of a project. They were so far behind we were almost done with construction by the time we got bathrooms.

We finally were able to get up and running, but then there was city stuff — the health department is almost always understaffed, and scheduling inspections is hard. I used to work for the city, and I understand. The city always wants the departments to work better, and work better together.

What is your favorite part of the new space?

I feel like I was able to kind of recreate the vibe and feeling of the old spot. Especially at night, you can really feel it. I was so freaked out about that: you read all these stories about restaurants expanding and failing. I think because I’m not from the industry, I was even more scared. I spent a lot of time designing and creating that space. I knew we’d have some glitches, but one thing I wasn’t too worried about was the quality of the food.

I have my regulars back, and I couldn’t be happier about it. 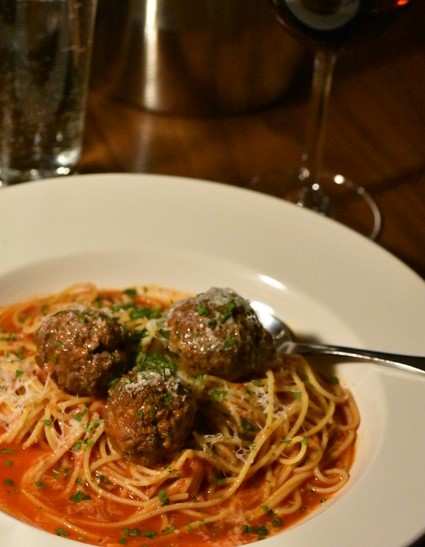 Who is your chef?

James Landis. He was with me part-time before. He was full time at Blue Grotto, and then he went to RecordBar. Steve and Shawn who own the Record Bar were so great to us. That was a really important relationship. The pop-ups they let us do there [during the closure] really helped along the way.

Is there anything different about the menu?

We expanded it and changed a couple of items. We wanted to balance being a family-oriented restaurant and then giving enough creativity to James that it’s where he wants to work. You can’t touch the lasagna and the meatballs, but let’s liven up the shrimp and tuna. He did those, and I’m so happy with what he’s done.

How did you keep your staff?

I still don’t really know how they suffered along with me. They got hired by various restaurants who needed them during the holiday season, and then once it slowed down again, we had good timing, I guess.

How does it feel to finally be here? What has the reception been like?

It’s been amazing. People have been coming — lots of people have already been two or three times. It’s just sort of, like, the gathering spot is back. It’s nice. The mayor was in again last night, and he just, I don’t know. I enjoy him a lot and he affirms — he loves my food and brings people there all the time. It just feels good. I’m so glad.