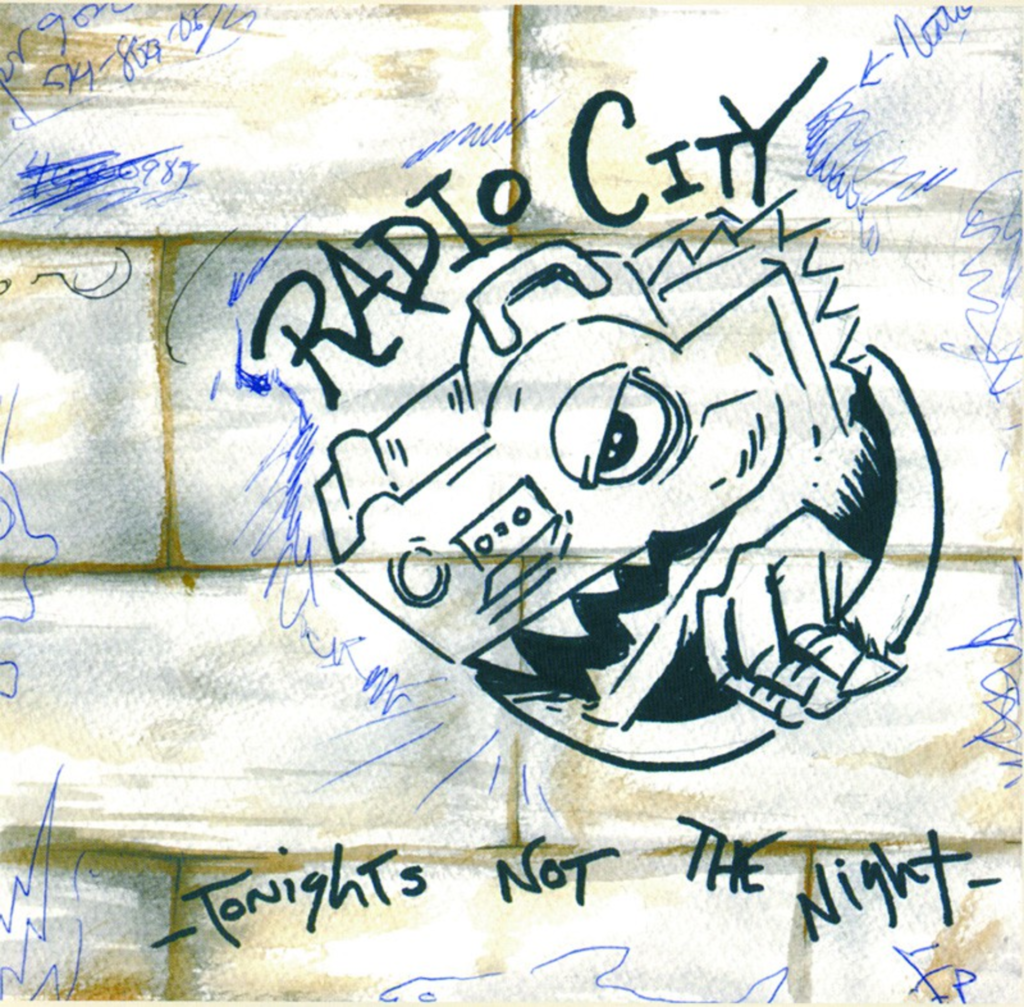 Emporia’s Radio City would claim it plays rock and roll. No “indie” this or “alt” that, just plain rock music. And that proves both charming and a hindrance. The band’s debut EP, Tonight’s Not The Night, is promising yet relies too heavily on modern-rock songwriting tropes. With mostly repetitive, radio-friendly structures, the four songs tread over commonplace breakdowns, working in guitar solos that sound complacent. The group’s stab at a ballad, “All Alright,” is the most problematic track on the EP, exposing the major flaws of this relatively young band. The song emphasizes the averageness of lead singer Eric Brendan Murphy’s voice, and the harsh vocal harmonies aren’t helped by the sloppy mixing job. On the other hand, the demolike quality of Tonight’s Not the Night gives it a lo-fi appeal that subverts the blandness of mainstream rock. The record also has a little alt-country inflection, which shows up on “Coming Down Easy,” and though Murphy’s voice comes up short of the notes he’s going for, it’s tightly constructed and damn near rollicking. It often sounds as if Radio City is shooting for the right of the dial, but the best moments here are reminiscent of rootsier indie bands, such as Lucero. Instead of cobbling together influences, however, Radio City should strike out on its own.