Racing against the clock to escape from Breakout KC 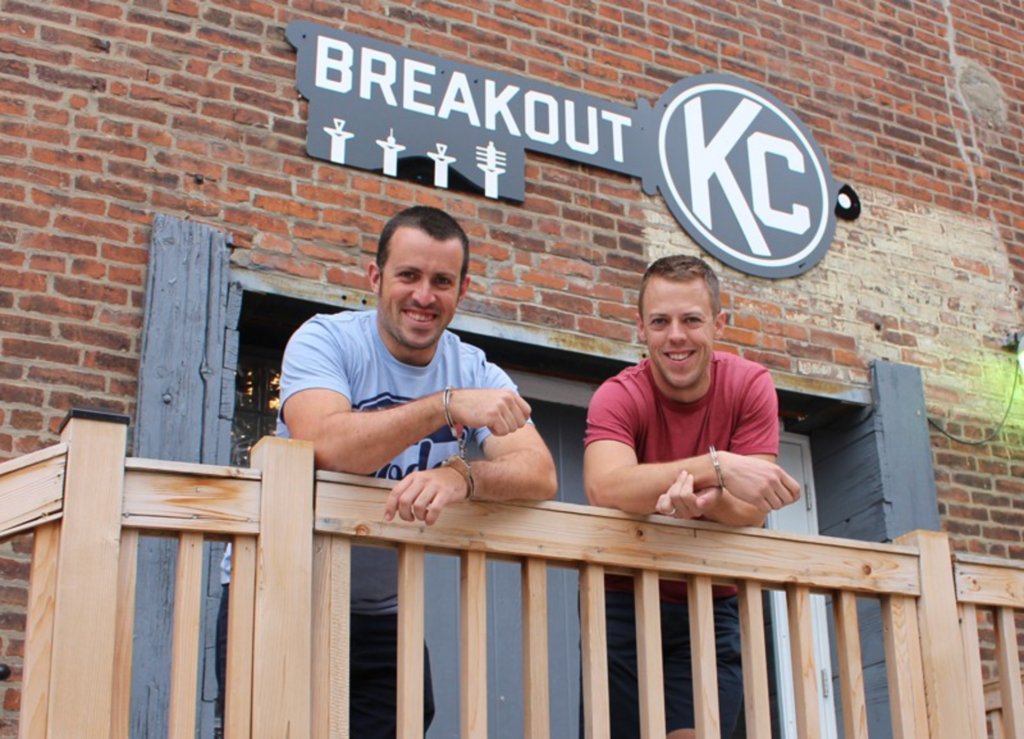 I knew we were screwed when the teenage boy didn’t know what a VHS tape was. I’d been stuck in Room 13 at Breakout KC for about 25 minutes with my boyfriend and five strangers, and I thought we were progressing at finding the clues that would help us escape. Then this confused kid held the antiquated plastic rectangle sideways and tried to cram it into a slot at the base of the television.

“How does this work?” he asked, his voice trembling with urgency.

Feeling momentarily annoyed before remembering my own ineptitude when trying to operate my parents’ 8-track tapes, I gently inserted the video and pressed Play.

Somewhere within the odd images lurked another hint that would help me and my teammates decipher a four-digit code to unlock the door. But it wasn’t going to be easy.

Following the nationwide trend of so-called “escape rooms,” Breakout KC has become one of Kansas City’s most popular tourist stops since opening in April. Founded by longtime friends Matt Baysinger, Lucas Thompson and Ryan Henrich, the River Market attraction features four rooms in which guests must find clues, solve puzzles and crack codes to break out within a 60-minute time limit.

It might be just for fun, but it’s no joke: The “easiest” room has about a 30 percent success rate — an impressive stat for Baysinger, Thompson and Henrich, who built all of the puzzles themselves after visiting multiple escape rooms across the country. The three friends quickly realized that this was something Kansas City would “absolutely love,” Baysinger told me when I talked with him the next day.

“Being three guys from Kansas City, we realized there were so many great things to do in our town,” Baysinger said. “A lot of them are food-related, of course, and we have some of the best museums in the country, but there aren’t many things you actually get to be a part of. [Breakout KC] can bring friends and families together, and afterward they go to dinner and they have something to talk about and they don’t have to look at their phones.” 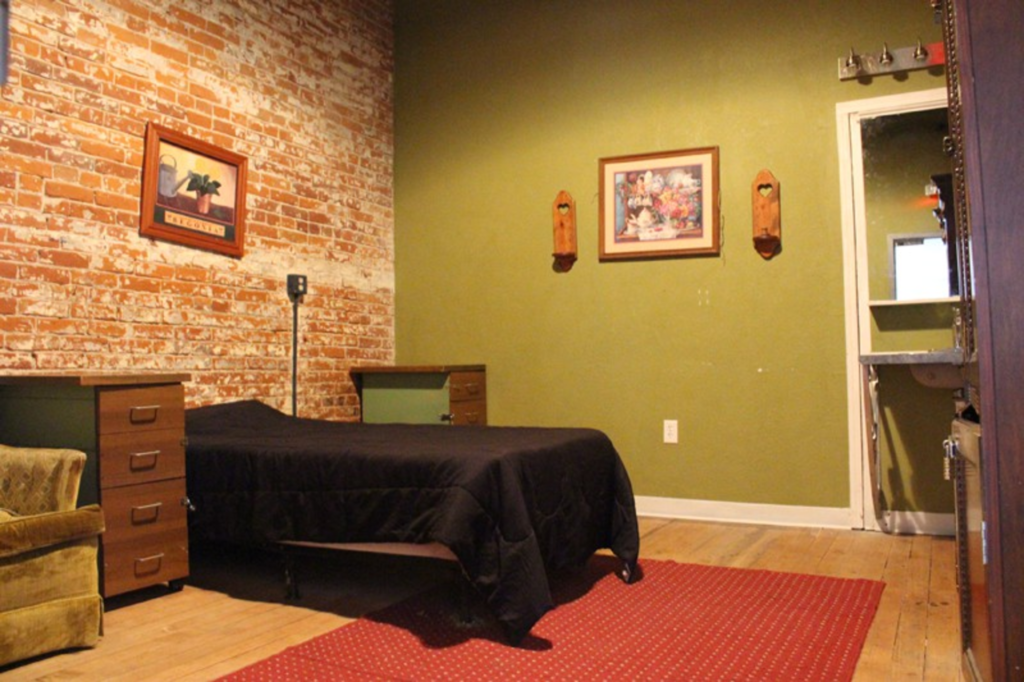 My teammates and I started talking about our experience while we were still locked in Room 13. It looked like a shitty hotel room from a B-horror flick: a thinning bedspread hanging limply over a single bed, a moldering toothbrush propped on the sink, a locked suitcase tossed in the corner. I could almost smell the cheap whiskey and the takeout that its occupants would have grimly consumed had this been a real hotel room.

We quickly uncovered multiple clues, but they seemed as random as the crap strewn about the average family minivan, circa 1990. We had trouble putting the pieces together.

“This is way harder than I expected,” one woman said as she sat down on the bed and attempted to locate a well-hidden clue. Eventually, she gave up, and her husband gave it a shot. When he got sick of it, I took over. (I can’t be more detailed without giving it away.)

“We’re a team!” I thought, feeling random bursts of affinity for these strangers. “We got this.”

Apparently, the most successful groups communicate well and incorporate many diverse skill sets. With three kids and four adults on our team, we seemingly had the odds stacked against us, but Baysinger said the winners are not always the ones he expects.

“For a while, our Room 13 record was held by a bunch of senior high school students,” he said. “We’ll have some groups who will find every clue in five minutes. Then they’ll get stumped for, like, 25 or 30 minutes and have no idea what to do with it. Then there are people who will have a clue right in front of their nose and they won’t see it.”

Whether you’re an experienced gamer or a curious first-timer who’s terrible at math, the rooms are designed to be fun for all skill levels — including the Kansas City-themed Truman Room, which opened last month. When everyone is stumped, the Breakout crew is ready to offer a helping hand. Each group gets three free clues; after that, the overall time goes up for each hint you use.

Near the end, surrounded by what looked like disparate pieces of information and a ticking clock, my team asked for help a total of five times. I’m not sure who it was, but I believe someone said, “Fuck the time — let’s just break out.” (OK, it might have been me.)

Like memories recovered after a night of binge drinking, the puzzle pieces slowly fell into place. One of the kids punched the code into the keypad, and the door clicked open. We were free.

In the lobby, the staff let us hold a sign saying, “We broke out!” while they snapped a photo for Facebook. On the way home, my boyfriend and I were still amped up, but I was stuck on one detail in particular.

“Yeah, that was awesome and everything,” I said. “But did you know the younger generation can’t operate a VCR?”