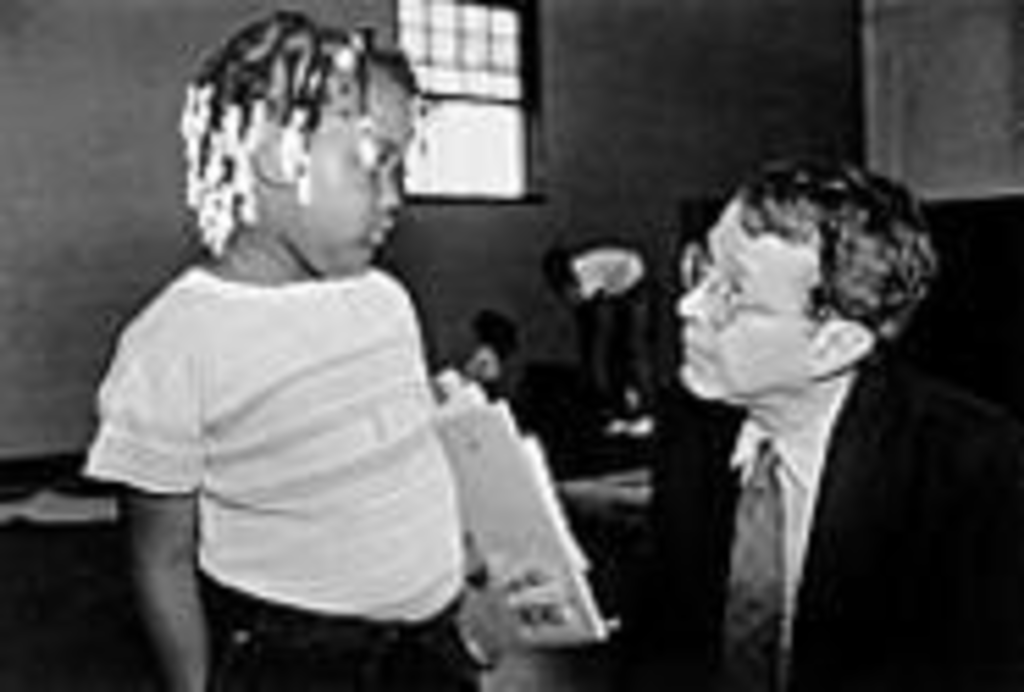 Jonathan Kozol‘s best-selling book about the dismal state of public education in America’s cities, Savage Inequalities, came out in the early 1990s, just as Kansas City, Missouri, was trying to change things by pouring hundreds of millions of dollars into dazzling new and rebuilt schools. Kozol gave a lecture here during the height of the spending frenzy, which was aimed at desegregating the city’s classrooms, and spoke approvingly of what was going on.

But, he warned, “If these terrific inner-city schools in Kansas City don’t succeed in attracting whites, we will learn a very sad lesson about America, and it will suggest a kind of message we don’t want to hear.”

A dozen years later, Kozol is coming back to Kansas City to give a lecture in the most terrific of these inner-city schools: $32 million Central High School, which opened to a flurry of national media attention. (Even 60 Minutes came to town.) The school offers an Olympic-sized swimming pool, professional gymnastics and weight-training facilities and a computer network with a PC for every student.

Today, Central’s student population is nearly 100 percent black. Only one out of three incoming freshmen winds up wearing a cap and gown at the end of senior year. Just 17 of more than 3,000 students who took achievement tests over the past 5 years were proficient in math, English, social studies and science. Only one scored at the advanced level, and in that instance, only in math. These statistics are so bad that Missouri education bureaucrats have declared the school academically deficient.

“This is a heartbreaking reality,” Kozol tells the Pitch. “And it promises grave dangers for our society in the future.”

Kozol says integration has become a distant dream of the past. Now 48 states are in the midst of lawsuits calling for “adequate” funding of segregated schools — not equal but adequate.

“Brown is off the table,” he says, referring to the 1954 Supreme Court decision that ended legalized segregation, which had been authorized by the court’s 1892 “separate but equal” decision in Plessy v. Ferguson. “They’re not even asking for separate but equal. They are asking for less than Plessy v. Ferguson. In this case, public policy in education has gone back more than 100 years.”

Kozol acknowledges that it would be easy to give up hope. But he hasn’t. The situation can be fixed, he says, but not in the ways our leaders advocate.

The only solution, he says, is “a political movement, a sweeping upsurge in moral consciousness from young people in this country.” Kozol adds, “It’s going to take passionate determination from the children of the privileged. Theirs is a tarnished victory. They know they couldn’t have won it if the game was fair … It’s the uncomfortable little secret we all live with.”