Quinton Lucas is now mayor. Let’s not forget about those campaign promises. 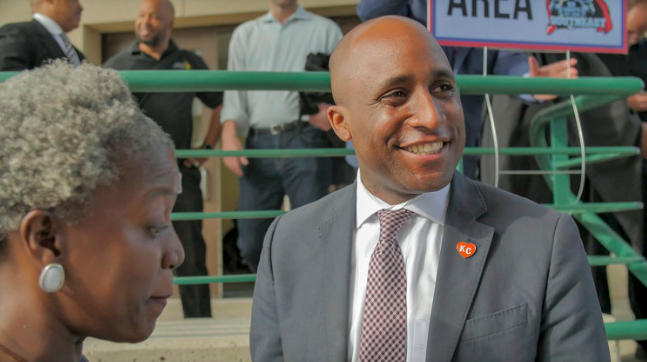 The man’s got a lot on his plate. Kansas City has one of the highest crimes rates in the country, an evident lack of affordable housing, and 319 square miles of jurisdiction full of neighborhoods, each with their own sets of diverse issues.

In an interview with The Pitch earlier this year, when Lucas was still campaigning for the primary, he identified issues he plans to address as mayor.

First on his list was tackling crime. He said he wanted to see Kansas City neighborhoods become safer and that he felt that would require getting smarter police presence out onto the streets.

“It’s all about how you allocate law enforcement. Police are an important part of the equation for fighting crime,” Lucas said. “To the extent that we can see the presence of officers throughout our neighborhoods, I think that’s going to be key for our long-term crime-fighting efforts.”

During his campaign, Lucas championed the affordable housing issue, drawing from his personal experience of growing up homeless. Lucas pledged to create a tenants bill of rights that would include protections against unfair evictions. He said he fully supported creating a $75 million affordable housing trust fund. Lucas said the money already existed in the form of funds the city receives from HUD and the eighth-cent city economic development sales tax.

“Do we actually try to see long-term measurable goals of how [those funds have] been allocated throughout the city?” Lucas asked. “No. I would suggest a big part is making sure you’re being smart with what you’re doing with those funds and how that’s aligning with long-term business goals with the city. How do you get to $75 million? By being smart about what you’re already getting in.”

Lucas also pledged to work on preserving the city’s existing housing stock, rather than tearing down houses and rebuilding ones that will distort the housing market.

Lucas said that he would be different than former Mayor Sly James in that he’s going to focus on nuts and bolts rather than big and bold projects like the airport and the downtown convention hotel.

“I think Kansas Citians want an exciting city, but they also want to make sure their trash is getting picked up, or the potholes are being filled,” Lucas told us.

The new mayor also indicated that he’s going to be pickier than James on which projects he merit incentivizing.

“If you drive around now — that fancy new thing at the riverfront where they’re charging rents between $1,000 and $4,000 or something a month is a full taxpayer-funded development,” Lucas said. “I think that’s ridiculous.”

He said he’s going to appoint people to the TIF Commission — and other statutory agencies that grant incentives — who will follow city policy, adhere to the 75 percent cap, and use incentives to reduce blight and bring benefits such as affordable housing to the city as they are intended to do.

“I’m not saying destroy everything that’s happened downtown, but what we are saying is let’s share the wealth, and I think that’s only reasonable,” Lucas said.

And Lucas told The Pitch that as mayor, he doesn’t plan on raising taxes to reach any of his goals in office.

“Barring some emergency or something of that sort, I do not think we need to raise taxes in our city,” Lucas said. “I think what we really need to do is see how we’re spending, see where we can cut our spending, particularly on things like consultants and studies, and deliver the basic services that we’re supposed to.”

And finally, Lucas said that his own measure of success won’t be how he’s memorialized as mayor but simply seeing the city itself propel toward success.

“My [goal as mayor] is going to be long-term policies … that change the city for the better,” Lucas said. “And at the end of that, I don’t want anything named after me. I would be honored frankly if my successor has even better ideas for keeping the city going forward.”