Quick, see this art before it comes down 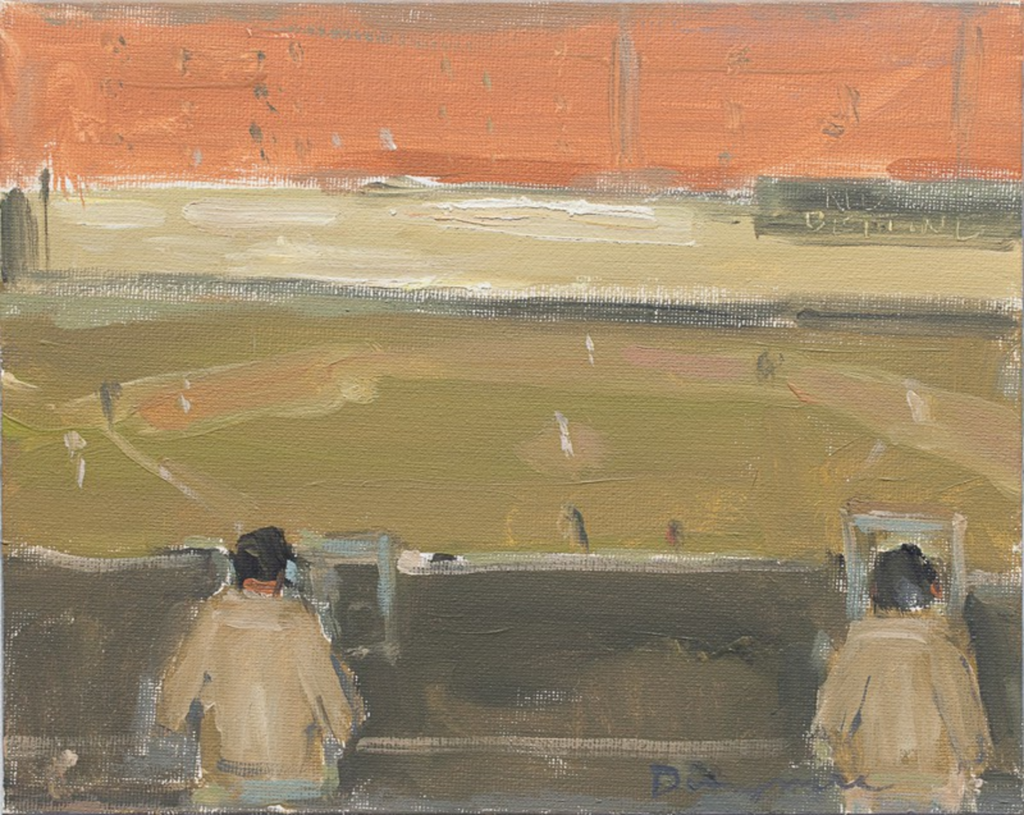 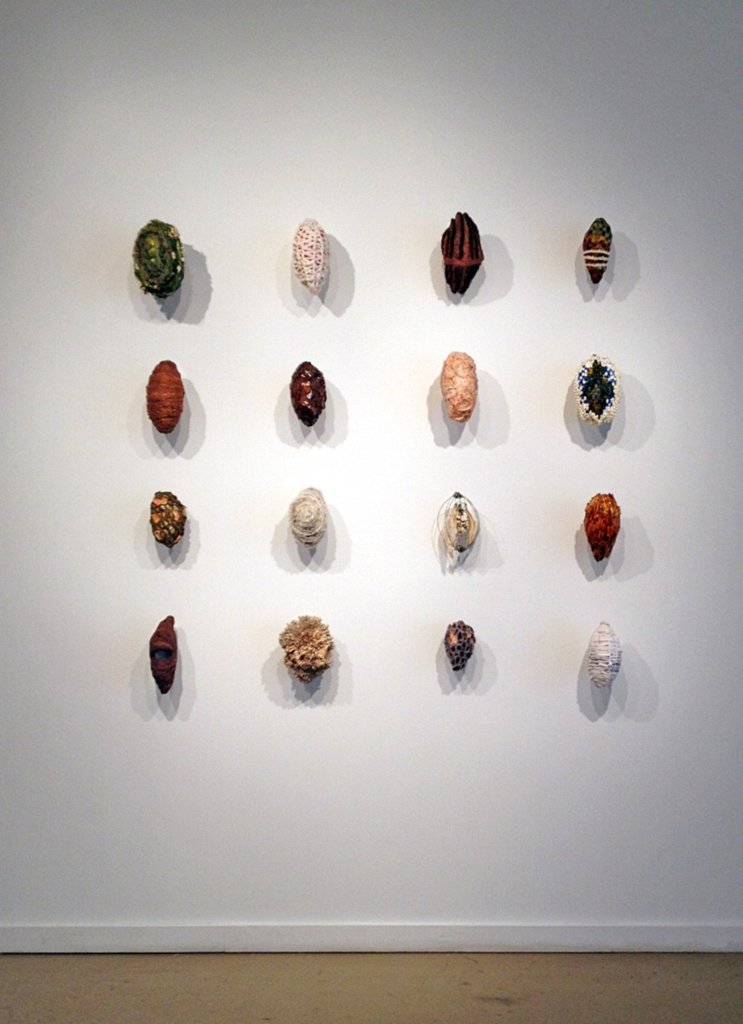 Stephen Dinsmore paints America’s pastime in the style of that other crowd-pleaser: French Impressionism. (Last year’s Monet exhibition at the Nelson-Atkins Museum of Art drew nearly 100,000 visitors, though the movement implied in Dinsmore’s brushy, gestural forms is more in line with Degas’ ballet dancers.) Despite the athletics on display in Dinsmore’s paintings of batters, pitchers and fielders, his depictions of ballparks are the standouts in this show. He renders his stadiums with tiny, fleeting strokes that just barely convey their function. The architectural forms take a moment to register with the eye, and the satisfyingly unsettling result is more Dali than Degas.

The 16 football-sized sculptures that make up Shannon Sullivan’s hypnotic wall-hanging installation “Metamorphosizing” suggest pods or cocoons — safe spaces to make a transition. But the array of materials in Sullivan’s work feels less like a chrysalis than an attempt to freeze a moment in time. Unexpected ephemera — pills, cigarettes, condoms — share space with sentimental objects, such as handwritten letters, clothing and even chopped-off dreadlocks, in these compressed tight forms. A haikulike comment accompanying each sculpture can be read as a description of each particular memory. “Hanzi paper from Korea that I did not make. Directions to Mu-Sang-Sa temple. 108 bows performed at 3 o’clock every morning,” one recalls.

Thanks to the rise of agribusiness, corn is no longer just a grain. It’s something bound less for summer picnics than for gas tanks and soda bottles and packaged-food factories. Ellen Wilkins Wolf’s layering of divergent text, colors and images in “Seasonal Crops: Non-Ethanol Corn” reflects this dispiriting complexity. Pieces of candy corn, painted in multiple hues (perhaps representing the controversial high-fructose corn syrup), appear against the backdrop of a cornfield. Around the border, block letters spell out the title’s text. Is Wolf making a judgment? It’s impossible to know, though the corny visual pun might be a hint (if nothing else, it defuses the most preachy interpretation of the politics under discussion), but that only makes the work more intriguing.