Ryan Wilks pushes sex out of the shadows in his challenging, memorable Queerotica, on view Saturday for one night only 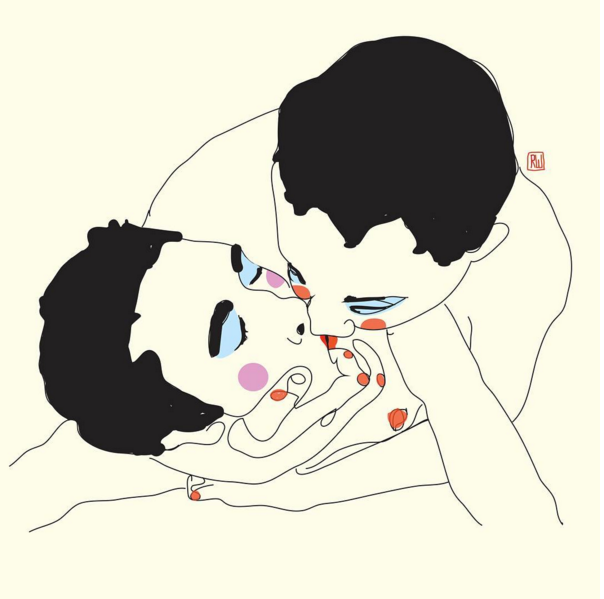 The art symbolizes a movement toward self-possession for Wilks, a willingness to uncover a gritty, unadorned id. Yet the images, even as they depict graphic acts, are spare, even light, thanks to Wilks’ gentle applications of line and paint. The viewer fills in most of the blanks. Black hair and eyebrows anchor fine outlines and keep your eyes from drifting into one of the many negative spaces. These aren’t the large-scale portraits of Gender Treason; the minimal use of color and shape expertly evokes relatable qualities rather than rigidly distinctive pesonas. Subjects wear clean rouge blush and pale blue eye shadow, feminizing the genetically male participants and suggesting that sex is a costume donned for others. (For Wilks, the fluid palette illustrates how he feels right now, as he uncovers the feminine characteristics of his sexual presentation, his desire to feel beautiful.) 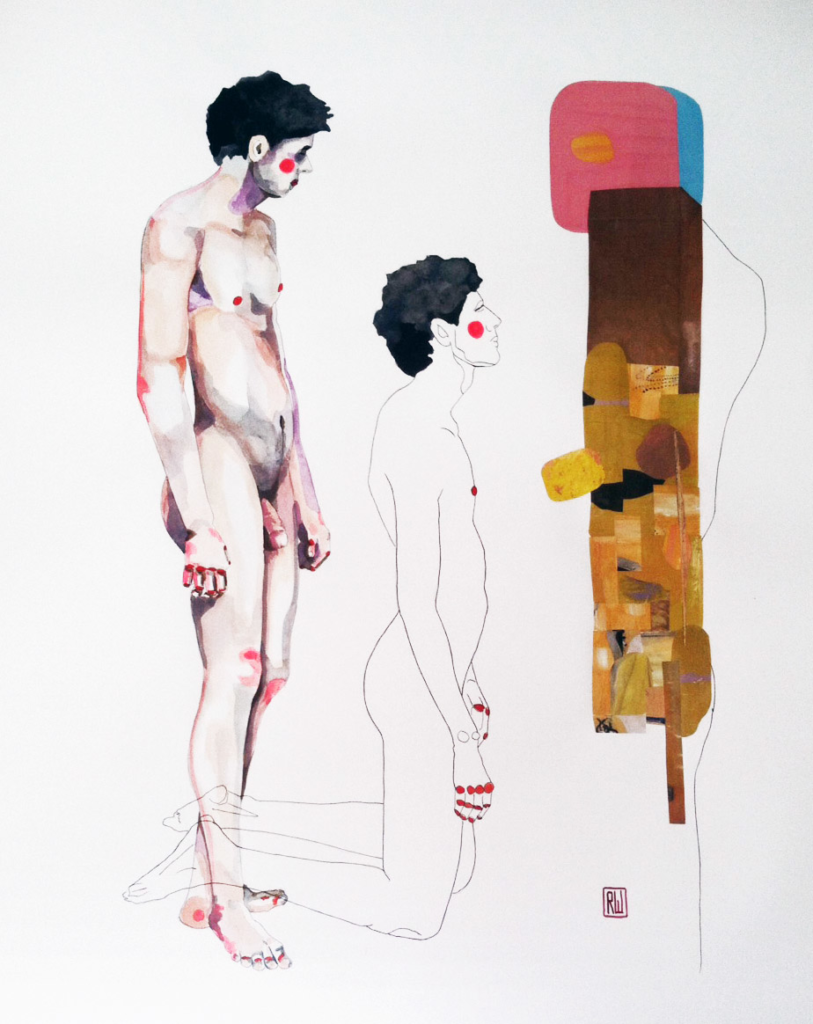 The piece I keep thinking about is “Grandpa Pee Pee Pants,” a Klimtian illustration of a memory Wilks can summon of being forced to drink his grandfather’s urine as a child. His recollection is incomplete, blurred into shapes by time and trauma, and so we see Wilks show us the stages of himself as onlooker and player in the sequence. We see him consider the role trauma plays in our adult sexual desires. It is exquisite in its honesty and its restrained depiction of the complicated relationship between pain and pleasure, the intertwining of regression and adult sexuality.

This is fraught territory for an artist, this warm, dark space between public and private life, and Wilks opens it wide to show us something so personal that we want to look away. But many of us also routinely look away from ourselves: A good deal of negative space lives between the outlines of the bodies in the show, but what of the great empty spaces inside ourselves? Does anything we experience ever really go away, leaving behind a vacuum of personal history, forming part of our identities from nothing? Or do the events our minds erase cling to our temperaments, whether we see them or not? These and other questions squirm within “Grandpa Pee Pee Pants” and the rest of Wilks’ latest works.

There are moments in the show that feel universal, that remind us that the quest for love really is a quest for physical intimacy in disguise, with all the weirdness that comes from discovering what we really want as carnal animals. A recording of a saxophone and mixed voices emitting sexually suggestive cries into the room accompanies the artwork and sets the mood. This is a show best experienced with individuals you feel very comfortable with (or hope to get way more comfortable with soon). In Queerotica, for one night only, it’s so much more than sex.